The upcoming episode will continue to show how the cast members spend time on Jeju Island. Loco, who arrives on the island first, spends time touring the island, looking for spots and places to take the other members. He even prepares ingredients for hamburgers. 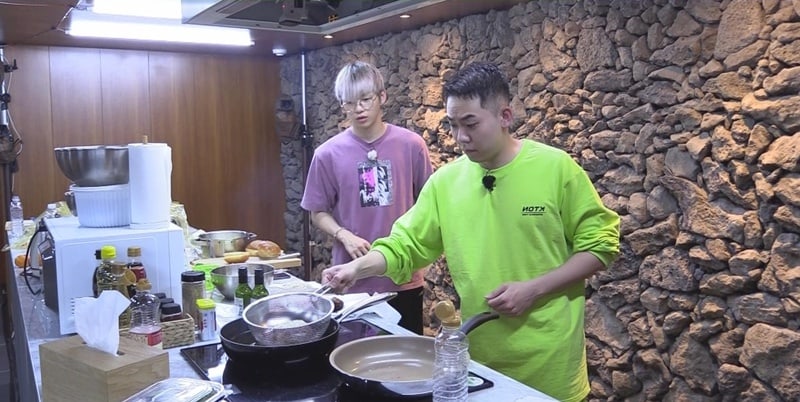 When Kang Daniel arrives at the dorms hungry, Loco sets out to make him a hamburger. Loco maintains a 100 percent serious attitude before cooking, but his demeanor doesn’t last as he yells in fear every time the oil splatters.

Kang Daniel, who is waiting for his hamburger, then steps up to take over the job. Taking the cooking tongs from Loco, he proficiently cooks the burger patties without getting scared at all, even enjoying the whole process.

The episode featuring Kang Daniel and Loco’s cooking will air at 11:10 p.m. KST on May 3.

Catch up with the latest episode of “It’s Dangerous Beyond the Blankets” below!

Wanna One
Loco
Kang Daniel
It's Dangerous Beyond the Blankets
How does this article make you feel?