A romantic comedy that centers around a Chinese restaurant, “Wok of Love” tells the story of a romantic relationship between three characters. The drama’s script was written by writer Seo Sook Hyang who also wrote “Pasta,” “Miss Korea,” and “Jealousy Incarnate.”

In “Wok of Love,” Jung Ryeo Won plays the female lead, Dan Sae Woo. Dan Sae Woo is a daughter of a formerly extremely wealthy family who enjoys fencing and horseback riding. When her family goes unexpectedly broke, she still holds on to her energy and keeps her enthusiastic attitude. 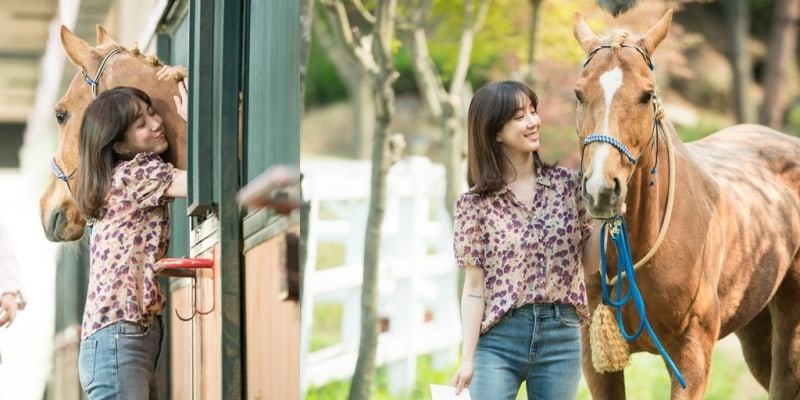 The released stills show Dan Sae Woo walking along the streets with her favorite horse, Imma. Dressed in all white, she is also wearing a fencing mask over her face. The strangeness of the scene raises the question of where Dan Sae Woo is heading to and how she came to be like that in the first place.

The production staff of “Wok of Love” shared, “It’s a scene where you can immediately realize the character of Dan Sae Woo in the drama. The surprisingly funny chemistry between Dan Sae Woo and her favorite horse Imma will be another point to look forward to.”

They added that Jung Ryeo Won had been practicing hard to play the role of Dan Sae Woo, who’s a skilled fencer and equestrian. She also put in extra efforts to become friends with the horse.

Cha Joo Young nails the character of Seok Dal Hee in the released pictures. Wearing an operating gown, Seok Dal Hee is concentrating on the surgery, showing off impressive professionalism.

The stills also show her wearing a white doctor’s gown, smiling brightly as she talks to someone. 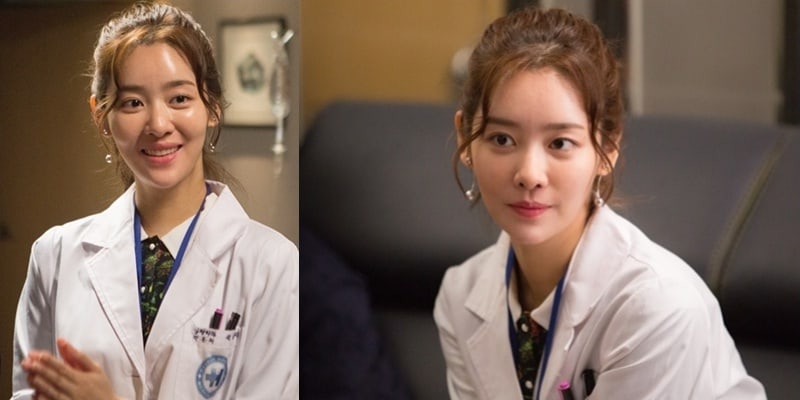 This will be Cha Joo Young’s first time taking the role of a doctor as well as acting in a romantic drama. She has reportedly been focusing on analyzing and studying the character of Seok Dal Hee to distinguish her from other characters that she has played so far.

“I couldn’t let go of the scripts since the moment I first got them,” Cha Joo Young said. “Please look forward to Seok Dal Hee’s charms that will begin the first episode of ‘Wok of Love’ with a strong impression.”

Jung Ryeo Won
Wok of Love
Cha Joo Young
How does this article make you feel?