“Come and Hug Me” is a romantic drama that centers around the unique relationship between Chae Do Jin (Jang Ki Yong) and Han Jae Yi (Jin Ki Joo). While Chae Do Jin is a policeman and a son of a psychopath serial killer, Han Jae Yi is the daughter of one of the victims. The two were each other’s first love as children and the drama unfolds as the two reunite as grown-ups.

The released stills show Chae Do Jin attending the police university. He is wearing the full police officer uniform with his name tag attached to his right chest. Despite the prejudices that surround him, Chae Do Jin is acknowledged by everyone as a high achiever at the university. 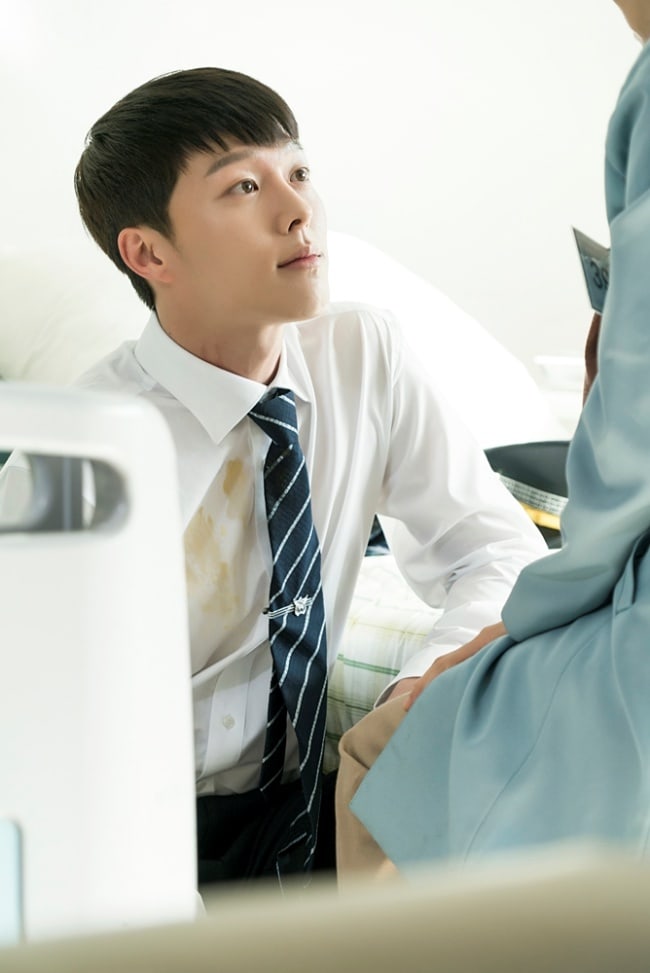 In one picture, he is sitting on the grass wearing a black police uniform with a cap. His right hand wrapped in bandages has made fans wonder what happened to his character. 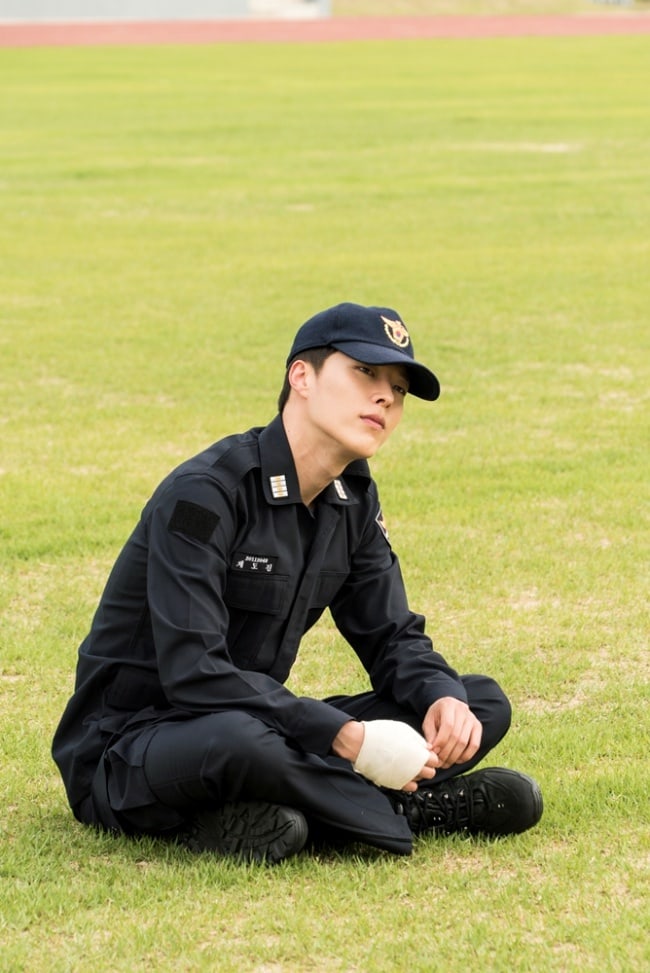 Other stills show Chae Do Jin practicing Kendo in the gym among other people. Wearing a Kendo uniform, he keeps his eyes locked on his opponents and remains focused, which reflects his determined personality. 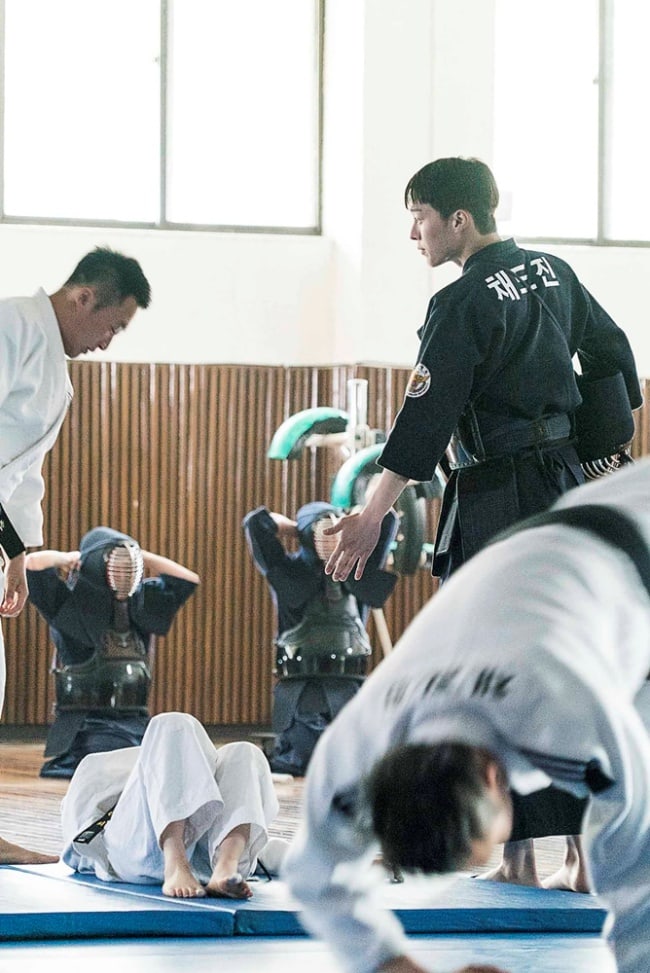