The star-studded 54th Baeksang Arts Awards celebrated some of the best in Korean film and television!

On the evening of May 3, the 54th Baeksang Arts Awards were held in Seoul and hosted by Shin Dong Yup, Suzy, and Park Bo Gum.

The biggest awards of the night were the grand prizes, which went to the tvN drama “Stranger” and the film “1987.” Both works also earned awards in many other categories, with Kim Yun Seok of “1987” winning Best Actor in Film, and Cho Seung Woo of “Stranger” winning Best Actor in Drama. Best Actress in Film went to Na Moon Hee for “I Can Speak,” while Kim Nam Joo won Best Actress in Drama for her work in “Misty.” 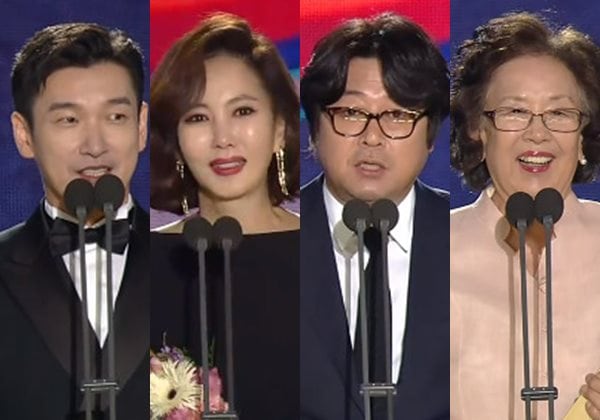