TWICE revealed their reactions to a part of the “Cheer Up” dance during their appearance on the May 3 episode of KBS2’s “Happy Together.”

When Yoo Jae Suk asked what they meant by being embarrassed by their “posing like flowers and Nayeon watering them choreography” in “Cheer Up,” TWICE’s Dahyun expressed, “Contrary to how people see us, we honestly aren’t very good at acting cute.”

She explained how at the beginning of the song, eight of the TWICE members pair up and pose as flowers. Embarrassed, Nayeon continued, saying that she is pretending to shake and spread seeds with her hands, before she waters the “flowers” so they can bloom. 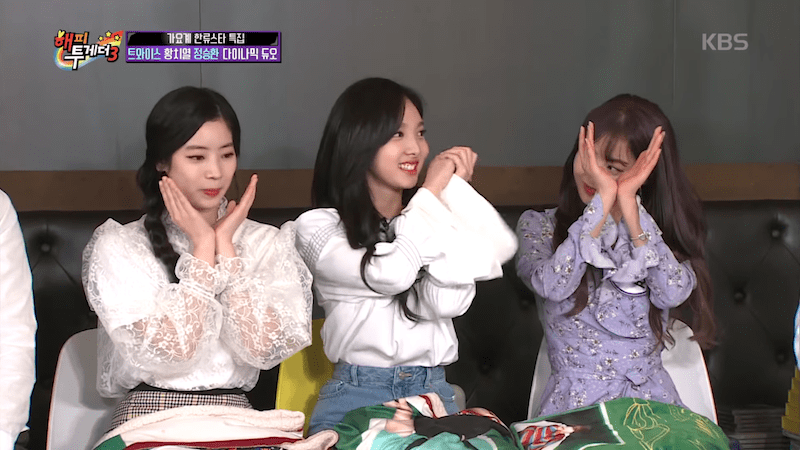 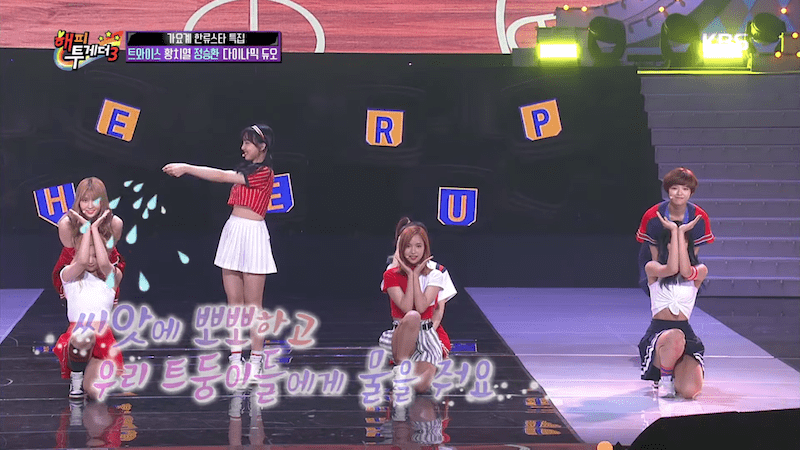 Remembering the first time they saw the dance, Dahyun commented, “It made us cringe,” Nayeon said, “We were so taken aback that the atmosphere [in the room] was bad for about five minutes or so,” while Jihyo added, “That’s right. We didn’t say anything.”

“When we were watching the choreographers dance and we saw someone ‘watering the flowers,’ all nine of us thought, “As long as I’m not that person,'” Nayeon revealed. “I didn’t know it would end up being me.”

See the three TWICE members demonstrate the dance as well as a version with the other guests joining in!

TWICE
Happy Together
How does this article make you feel?