“Sketch” is a mystery action drama that centers on a pair of detectives who attempt to change the predetermined future in the hopes of saving lives and preventing crime.

The four newly released character posters introduce viewers to the drama’s complex leads. Rain stars as ace detective Kang Dong Soo, described in the poster as “the one who tries to change the future.” After seeing his fiancee’s death predicted to occur 72 hours later in a prophetic sketch, Kang Dong Soo does everything he can to alter her destiny before time runs out.

In his poster, Kang Dong Soo declares confidently, “I don’t regret my choices.” 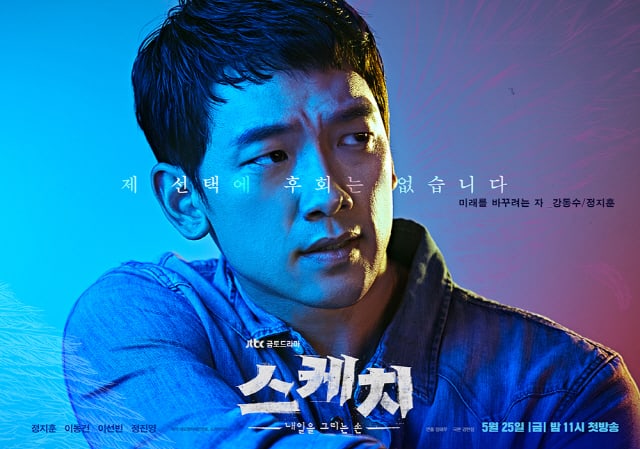 Lee Sun Bin stars in the drama as Yoo Shi Hyun, a detective with a psychic ability that enables her to foresee events 72 hours into the future through her sketches. Described as “the detective who draws the future,” Yoo Shi Hyun teams up with fellow detective Kang Dong Soo to try and prevent her own prophetic sketches—which have never once turned out to be inaccurate— from happening in real life. 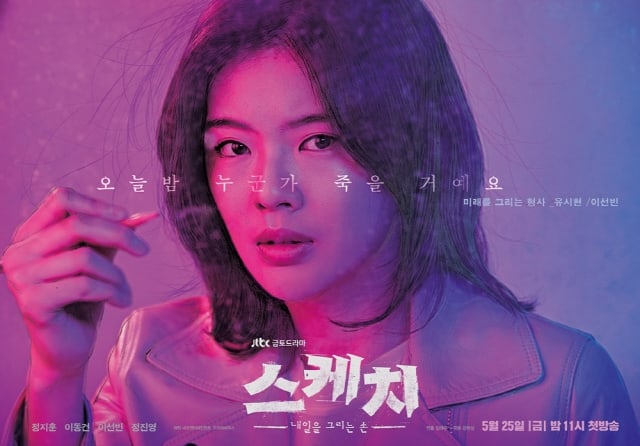 The third poster features Lee Dong Gun in character as the special forces sergeant Kim Do Jin, “the one who tries to protect the future.” After the tragic murder of his beloved wife, Kim Do Jin pledges revenge at all costs. In his poster, he stares off into the distance with unseeing eyes and asks darkly, “What reason do I have to go on living?” 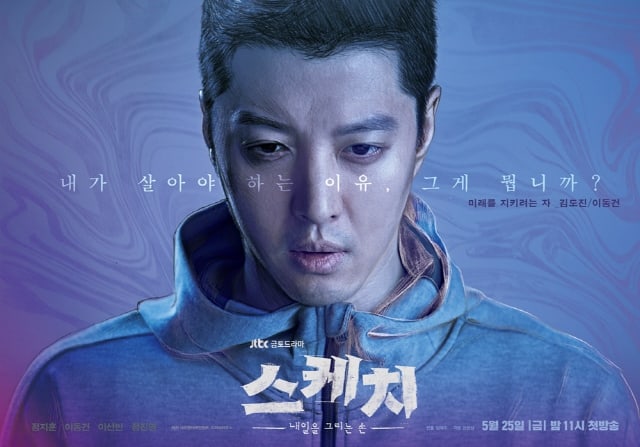 Finally, Jung Jin Young appears in the fourth poster as the mysterious, calculating Jang Tae Joon, a man with psychic abilities who offers to help Lee Dong Gun after the death of his wife. The poster describes him as “the one who covets the future” and features the character remarking tantalizingly, “The bottom of the iceberg is always enormous.” 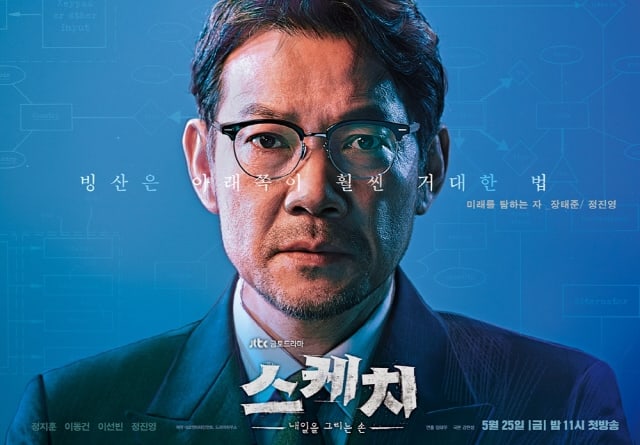