On May 4, an exclusive report from Sports Chosun revealed that fromis_9 member Jang Gyuri will be appearing on Mnet’s upcoming “Produce 48.”

Jang Gyuri previously appeared on “Idol School” and debuted as a member of fromis_9. The group pre-released “Glass Shoes” in November and performed at MAMA. They went on to officially debut in January with “To Heart.”

While Jang Gyuri did not have as much experience in the entertainment industry as some of the other contestants on “Idol School,” she received much love for her similar looks to a cute puppy meme. 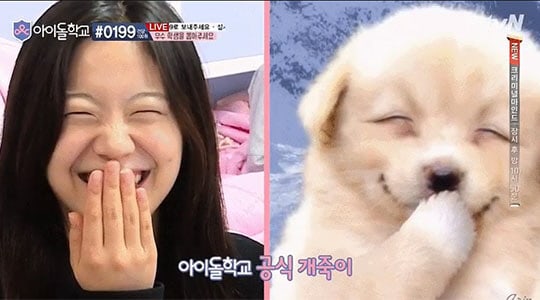 A source from Mnet responded, “It is difficult for us to comment on matters related to contestants. Please check through the broadcast.”

“Produce 48” aims to debut a group with a contract lasting two and a half years. The project group will be formatted in a similar fashion to Japan’s popular AKB48. With a total of 48 contestants, the show started filming on April 11. The show will air its first episode in June.

fromis_9
Produce 48
Jang Gyuri
How does this article make you feel?