Cube Entertainment has revealed a poster for their upcoming 2018 United Cube One Concert! 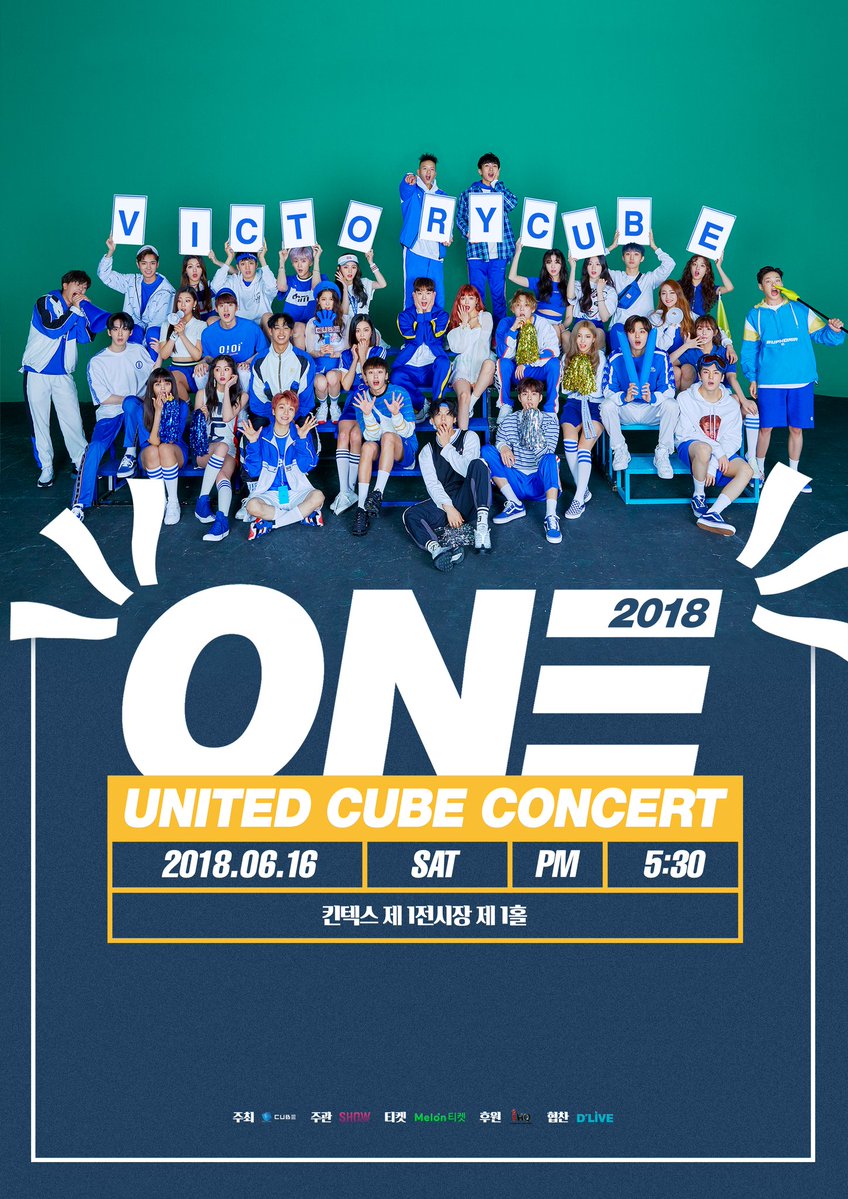 The agency announced on their official social media accounts that their family concert “United Cube –One–” will take place on June 16 at Ilsan KINTEX. The lineup consists of all Cube artists, including HyunA, Jo Kwon, BTOB, CLC, PENTAGON, Yoo Seon Ho, and the newly debuted (G)I-DLE.

Cube Entertainment is holding a family concert for the first time in five years, with their most recent one “United Cube –Cube Party–” being in 2013. The agency commented that their artists are currently preparing special performances that you can only see at a “United Cube” concert. 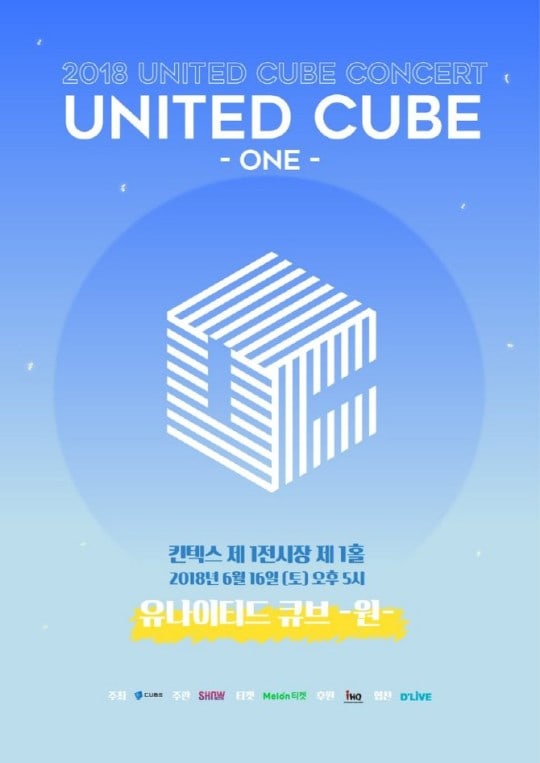 Cube Entertainment
2018 United Cube One Concert
How does this article make you feel?