“Rich Man, Poor Woman” is a remake of the popular 2012 Japanese romantic comedy about a genius CEO with prosopagnosia (inability to recognize faces) and an optimistic woman with an extraordinary memory.

Lee Yoo Chan (played by EXO’s Suho) is the CEO of the successful IT company Next In. He believes that he was born with innate skills that made him successful and is always confident and frank.

The teaser introduces “genius CEO Lee Yoo Chan” as “audacious, rude, and cold.” He’s a free-spirited CEO who is 29 years old and has personal wealth of 300 billion won (approximately $279.7 million).

In a recruitment video, he urges, “Dream. Next In is in need of people like you who dream.” He’s, however, much more realistic in real life and tells people that “bigger the dream, higher you fall.” 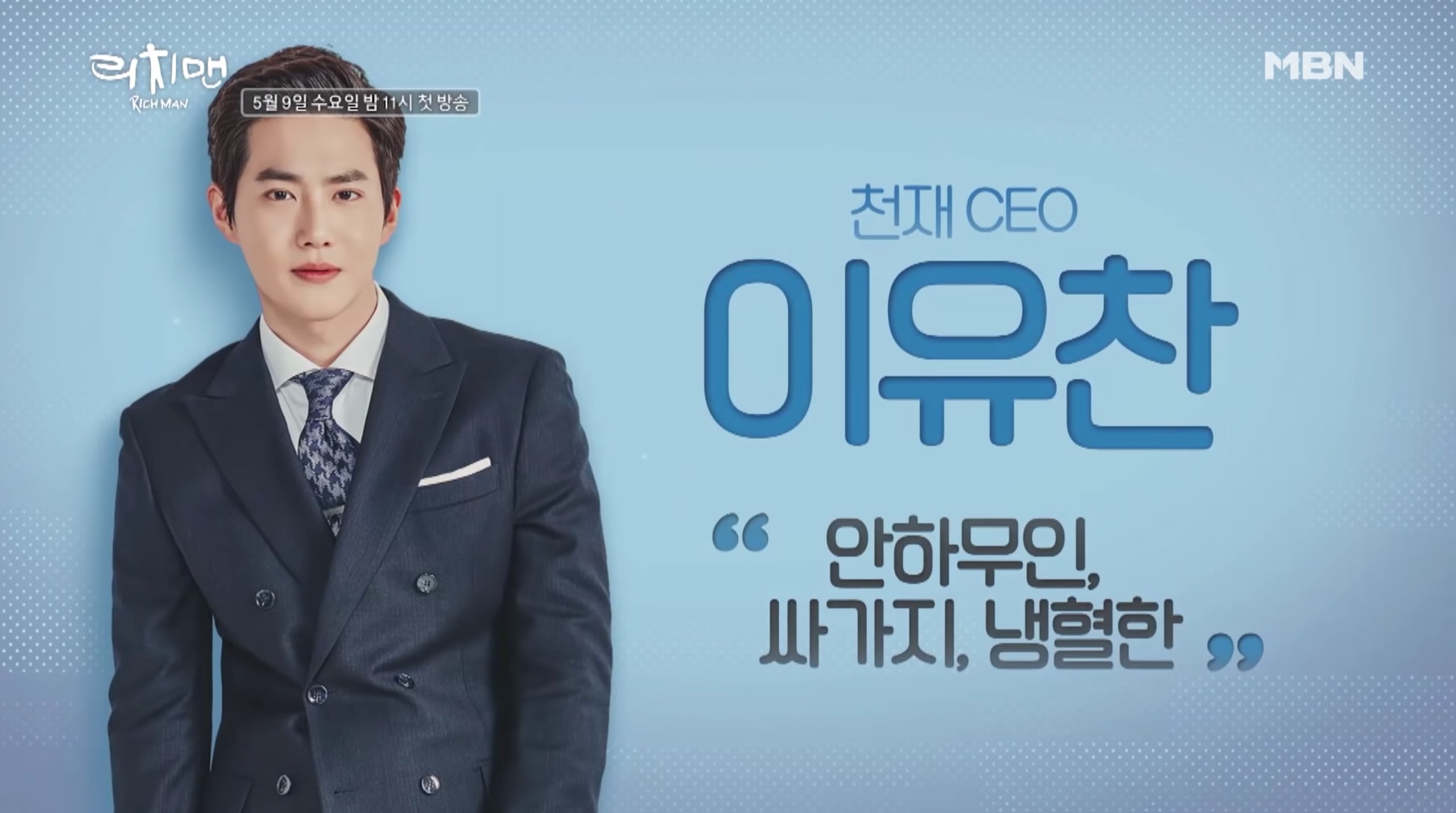 One of those dreamers is Kim Bo Ra (played by Ha Yeon Soo) who is working hard to find employment. She’s all smiles until she walks into Next In and says “I know this person” and covers her mouth in shock.

The video calls her “AlphaGo level memory king Kim Bo Ra” and describes her as an “endlessly optimistic job seeker.” She gets hired as a Next In employee for four days and is tasked with memorizing various material.

She doesn’t become deterred by these challenges and takes them on. To her surprise, Lee Yoo Chan introduces her as a security team leader from Beijing to the other employees, where she runs into a helpful gentleman once again. 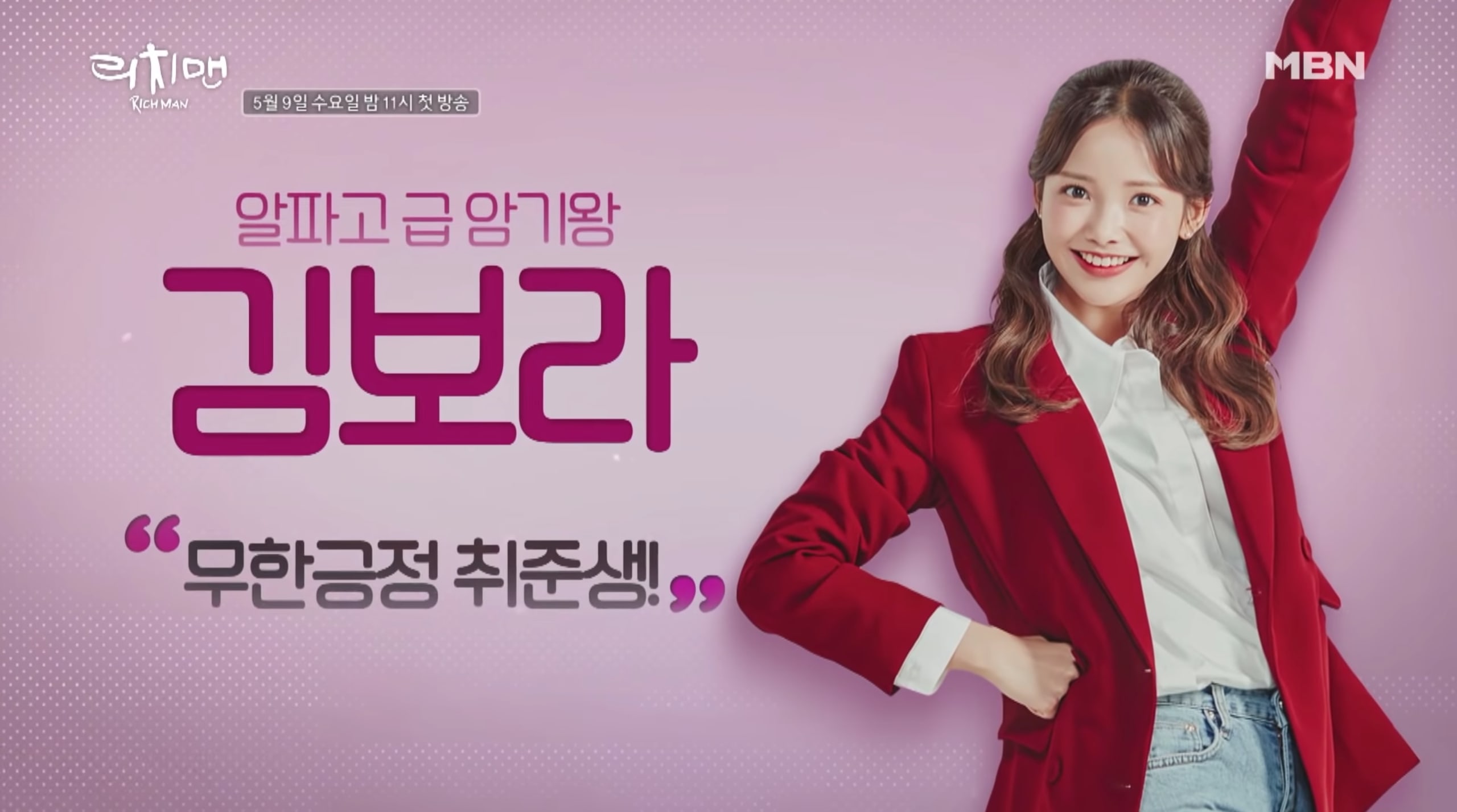 The helpful gentleman is Min Tae Joo (played by Oh Chang Suk), the co-founder of Next In. He’s a “smooth, gentle perfectionist” who treats Kim Bo Ra with kindness. They first met outside when he suggested that she apply to Next In without revealing his true identity.

He welcomes her to the company and praises her work ethic. The two get closer as they eat and hang out together outside of work. 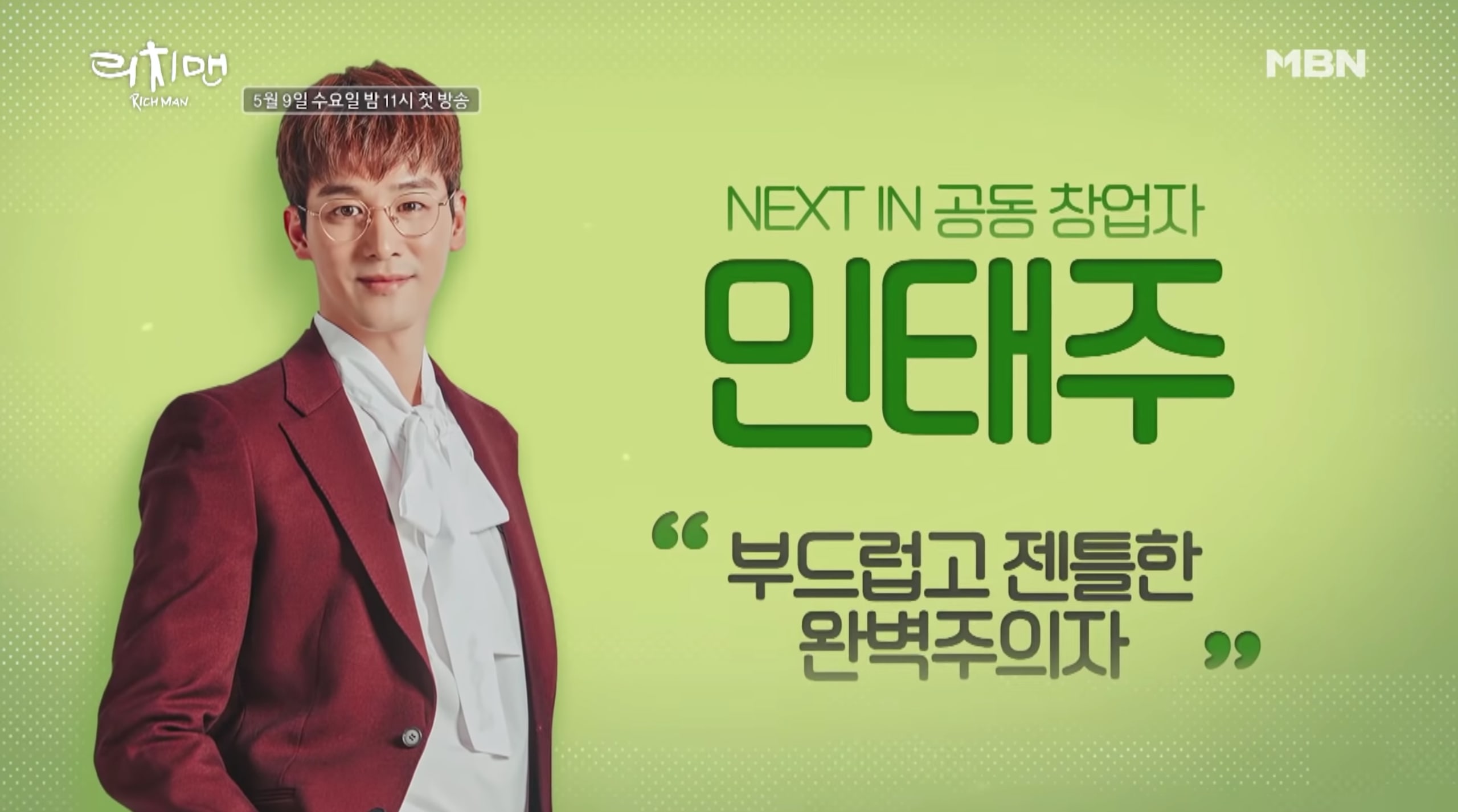 Extending her hand, the fourth and final character greets Lee Yoo Chan. Min Tae Ra (played by Kim Ye Won) is the younger sister of Min Tae Joo. She asks the CEO if he remembers her, and when he doesn’t seem to have any recollection of her, she isn’t afraid to insult his memory.

She tells him that he helped her when her car broke down on her way to the airport six years ago. He has no reaction until she says, “I missed my flight and we slept together that night.” She leans forward to kiss him, which is witnessed by Min Tae Joo and Kim Bo Ra. 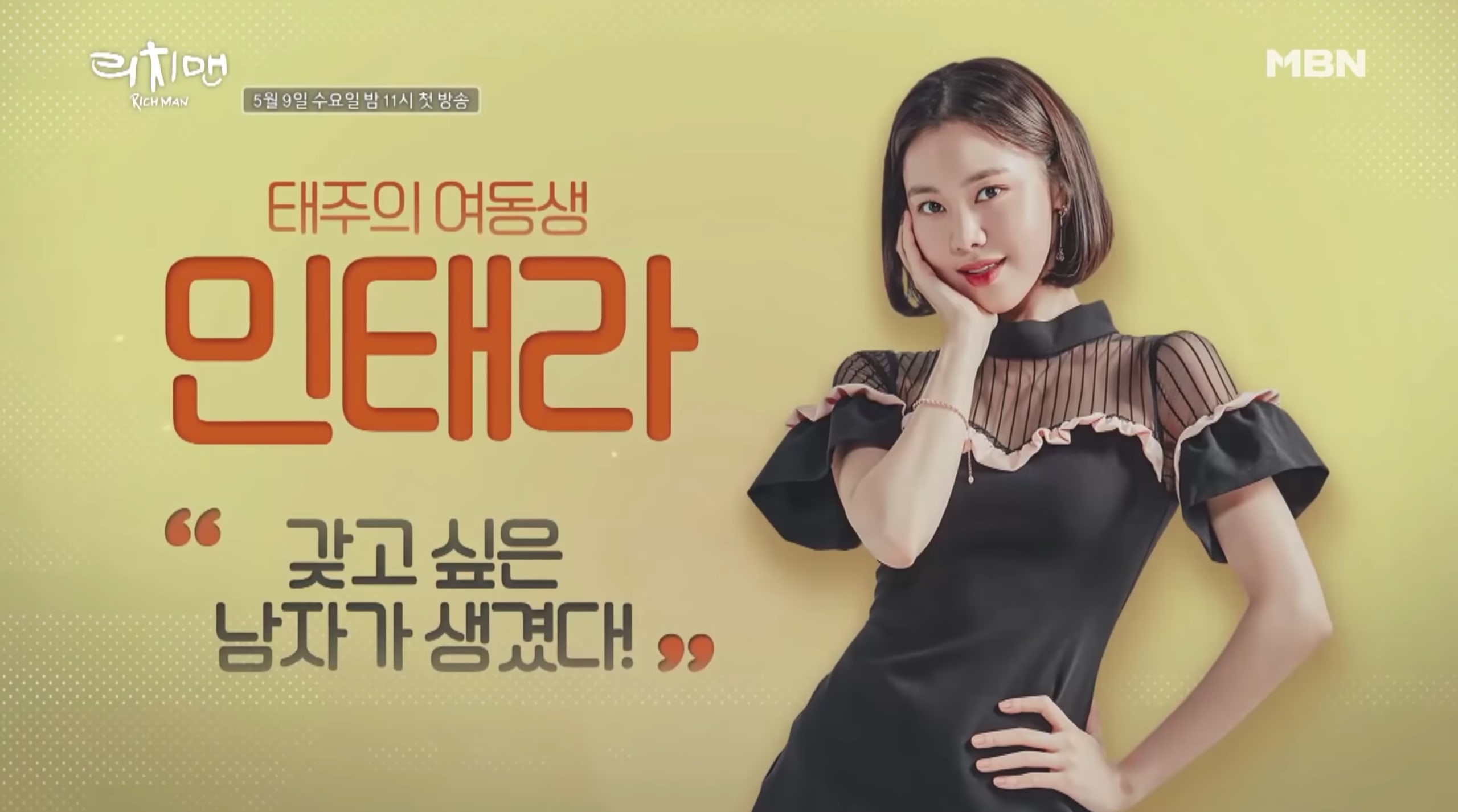 Lee Yoo Chan and Kim Bo Ra seem to get closer until he spots her necklace. He questions her then angrily tells her to never appear in front of him again.

It turns out, he has been searching for his first love named Kim Boon Hong. He says he still clearly remembers her face and thought of her every day in order to not forget it. Min Tae Joo also takes Kim Bo Ra aside and asks her to not say anything about Kim Boon Hong.

Min Tae Joo asks her, “You know who Kim Boon Hong is, don’t you? Why did she say she was Kim Boon Hong when she isn’t?” Lee Yoo Chan asks, “What are you?” and Kim Bo Ra tells herself, “It’s okay. There’s no way he’ll recognize me.”

Who is Kim Boon Hong and what will happen to these four characters? Find out when “Rich Man, Poor Woman” premieres on May 9 at 11 p.m. KST and will be exclusively available on Viki!