On the latest episode of “iKON TV,” iKON’s Junhoe and Chanwoo spent a day working at their labelmate Seungri’s ramen restaurant!

During the May 5 broadcast of iKON’s reality show, all seven members of the group took on various part-time jobs in order to earn money to put toward the production costs of their next music video. Bobby, Yunhyeong, and Donghyuk went to work at a kids’ cafe, while B.I and Jinhwan spent the day working at a kindergarten for dogs.

Junhoe and Chanwoo ended up working at one of BIGBANG’s Seungri’s ramen restaurants, with Seungri’s sister showing them the ropes and acting as supervisor. On the way there, the two idols couldn’t help hoping that Seungri would compensate them generously for their time, with Chanwoo asking optimistically, “Wouldn’t he give us about 20,000 won [approximately $18.65] per hour? I’m hoping it’ll be at least 15,000 won [approximately $14], since it’s Seungri hyung.” 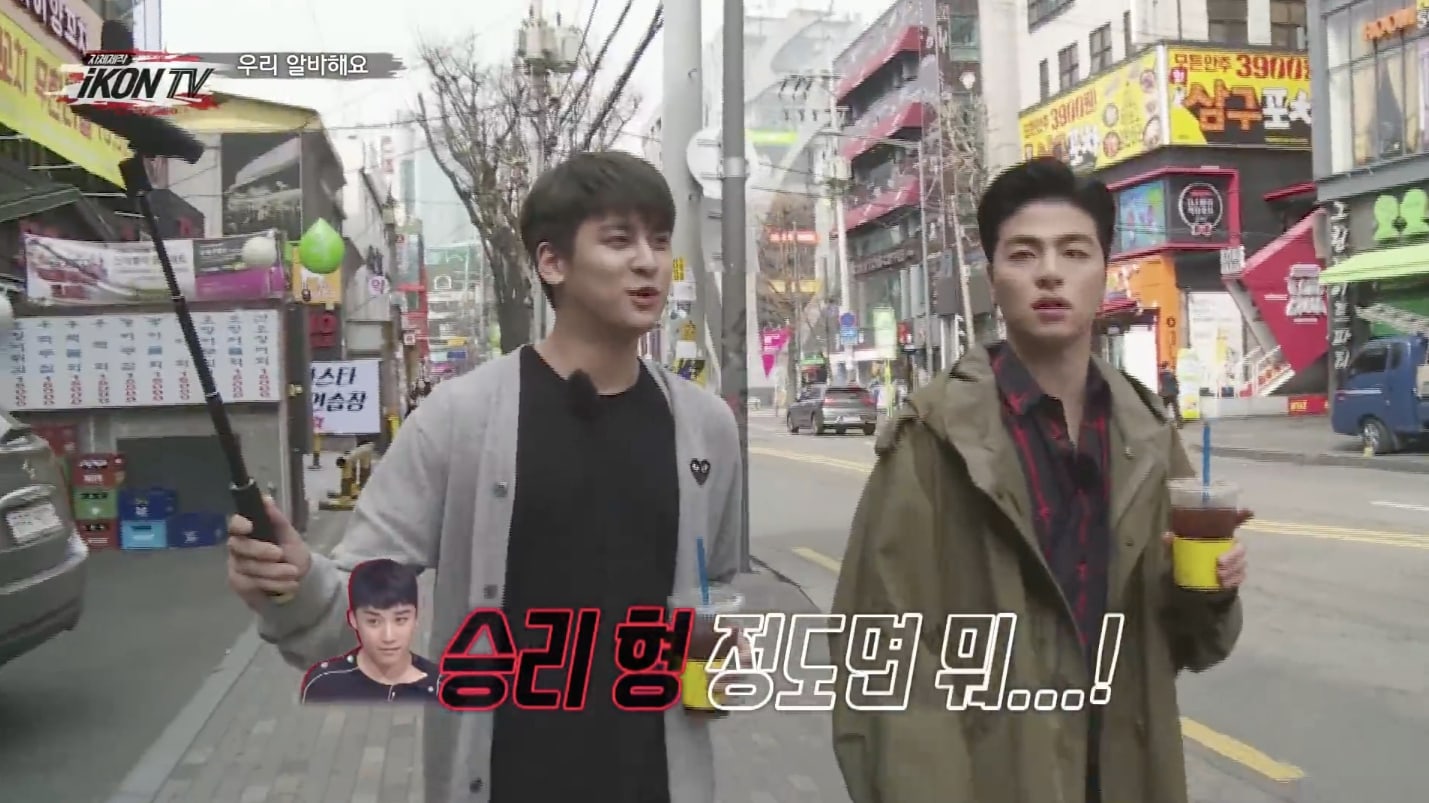 Once they arrived at the restaurant, the iKON members immediately dove into their work, moving bottles of water and taking care of various kitchen tasks like slicing stalks of scallion. While slicing the scallion, the two idols struggled as they kept tearing up uncontrollably—only to discover when they were nearly finished that they were supposed to have been wearing protective glasses. 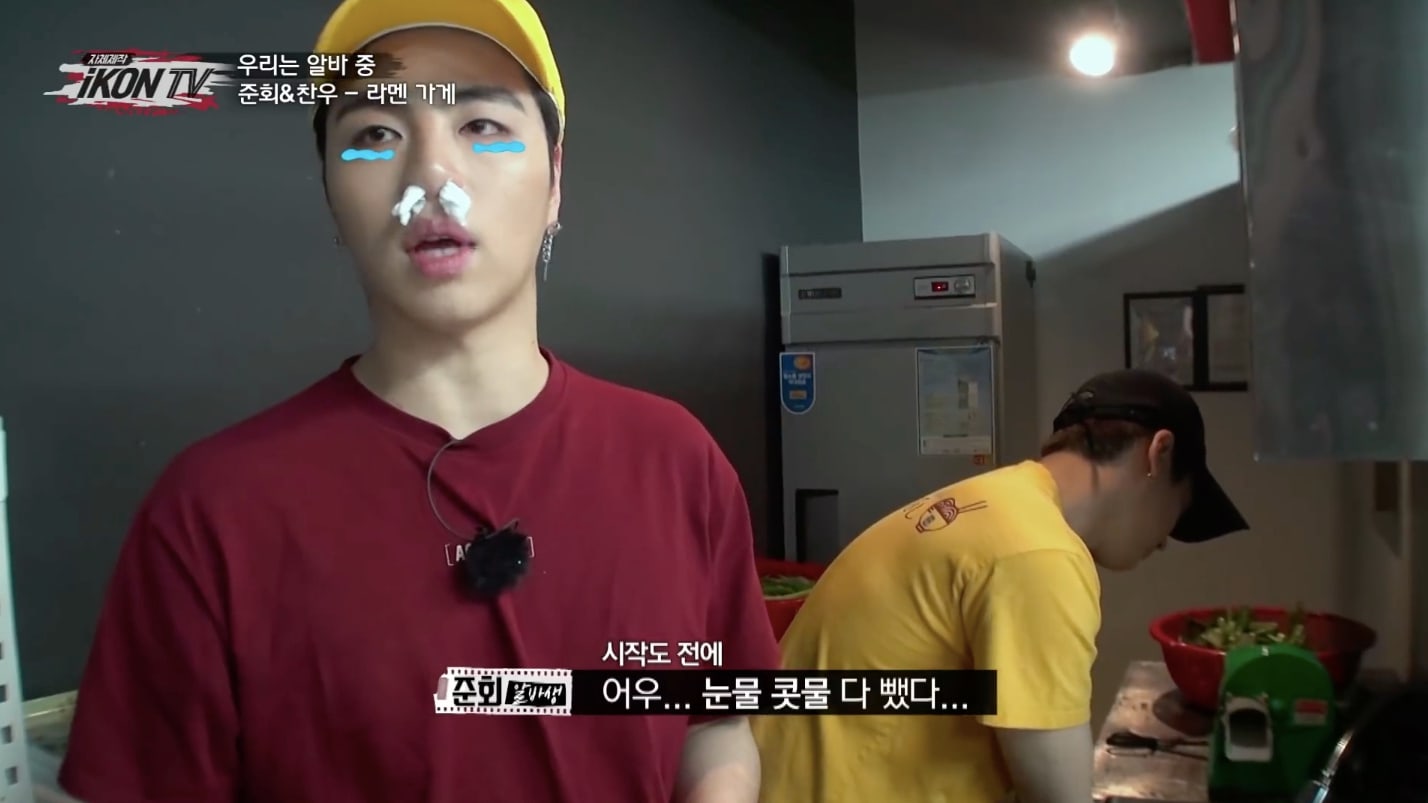 Although Seungri wasn’t at the restaurant, Junhoe and Chanwoo called the BIGBANG member during their lunch break to let him know that they were doing fine. A Japanese fan also happened to recognize Junhoe while he was serving her, to the delight of the other customers who were with her. 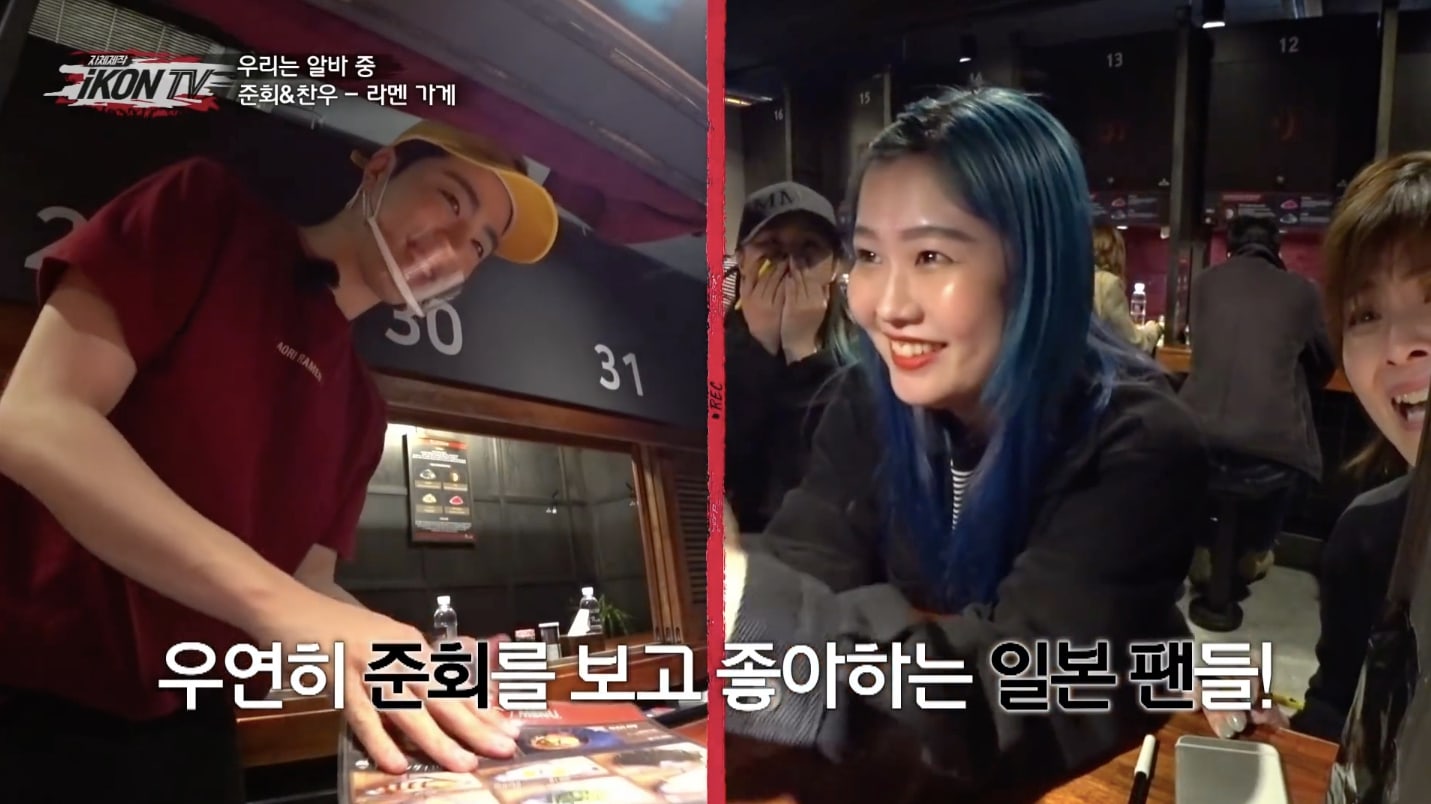 After a long day of hard work, Junhoe and Chanwoo met up with Seungri to receive their wages. The two idols couldn’t hide their smiles when Seungri presented them with a thick envelope of cash, eagerly opening the envelope to see how much he’d paid them.

However, both iKON members immediately cracked up when they realized just why the envelope had been so thick—Seungri had paid them in 1,000-won (approximately $0.93) bills. 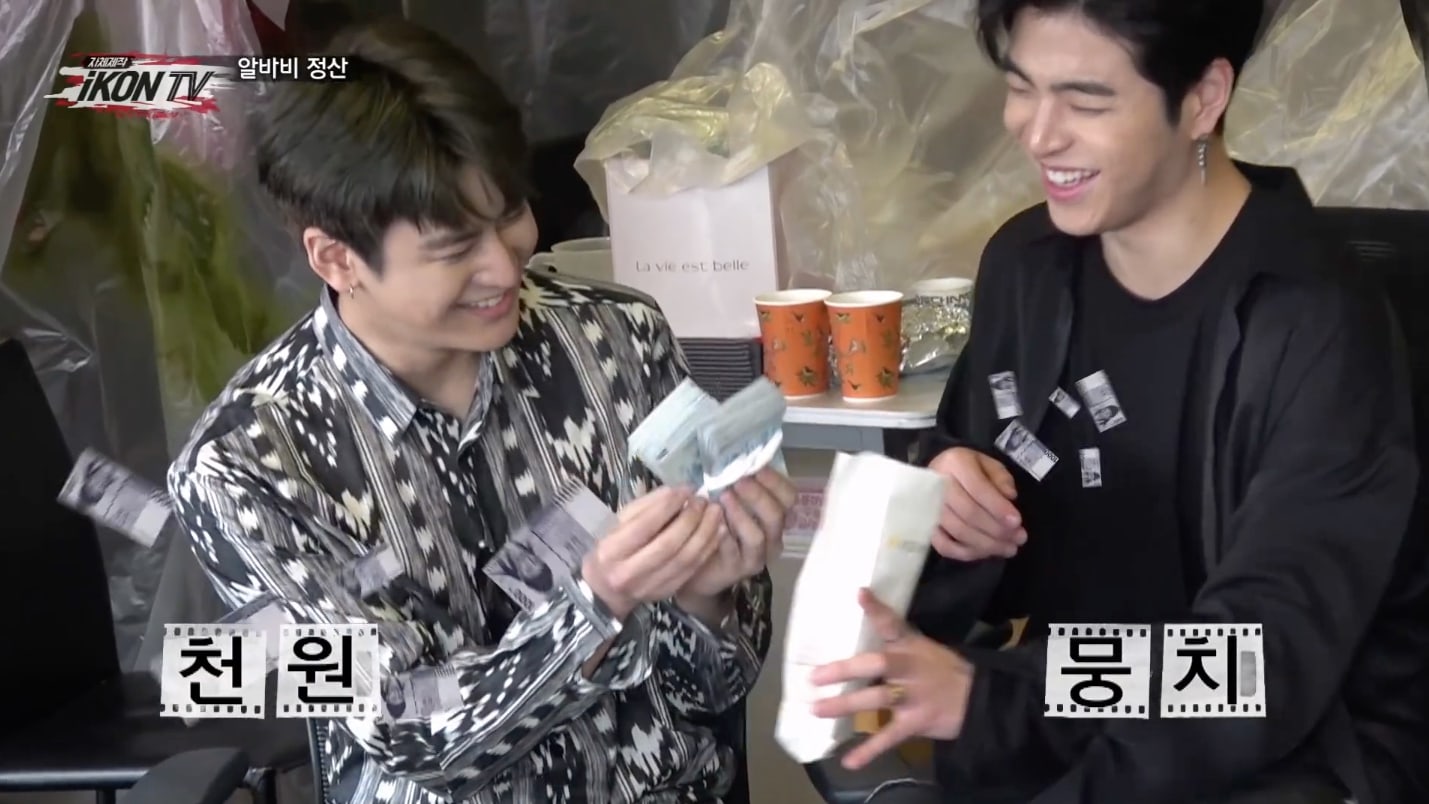 Junhoe and Chanwoo then thanked Seungri for the opportunity, as well as their wages (each of them received 40,000 won [approximately $37.30] for the day) before leaving to meet up with the rest of their members. 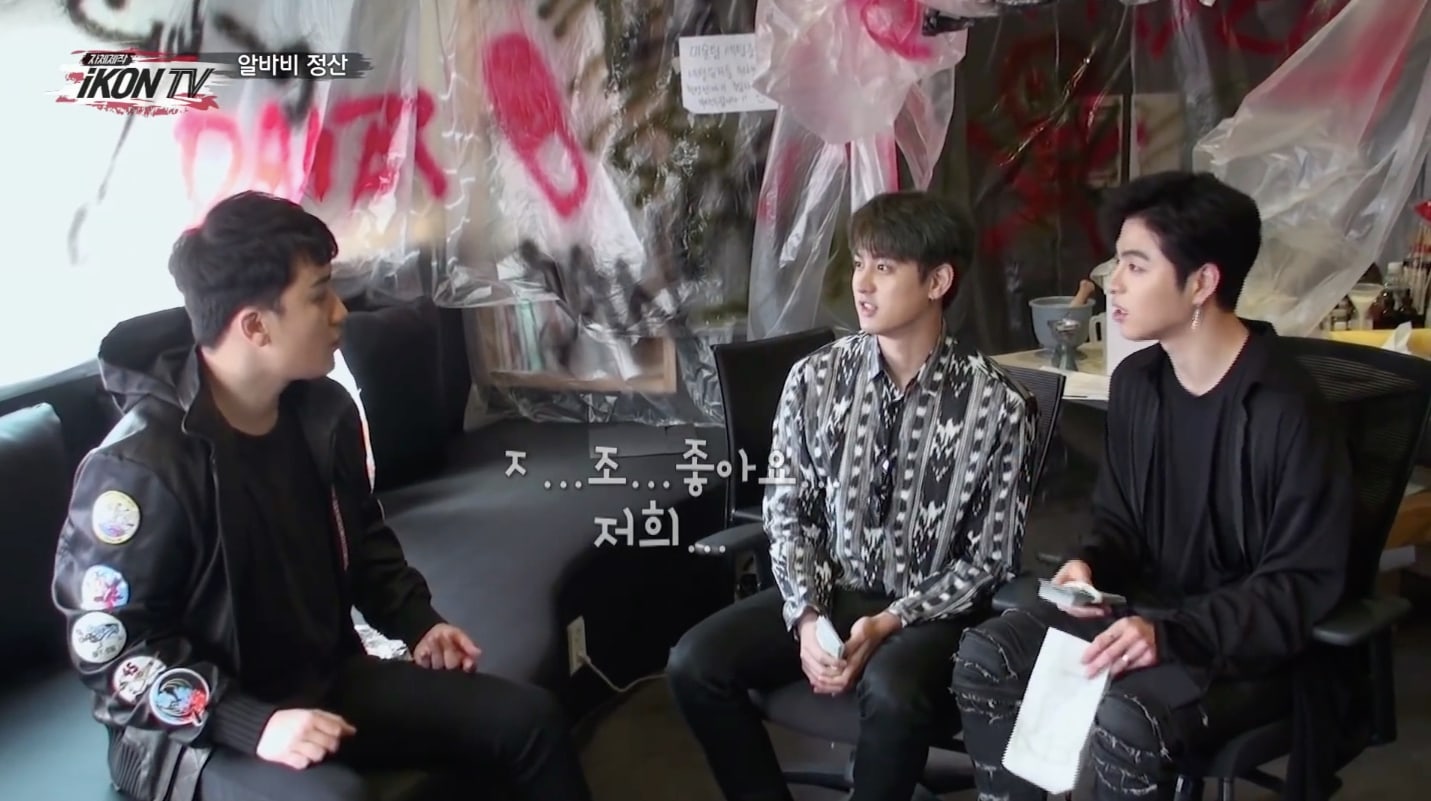 Check out a clip of Junhoe and Chanwoo working at Seungri’s restaurant below!