Actor Lee Byung Hun and BIGBANG’s T.O.P were seen having a meal together.

On May 8, it was revealed that the two stars ate together at a famous Pyeongyang noodles restaurant in Cheongdam, Seoul. A photo of them was uploaded on the social media of their mutual friend. T.O.P is gazing comfortably at the camera while Lee Byung Hun is smiling amiably in the same direction. 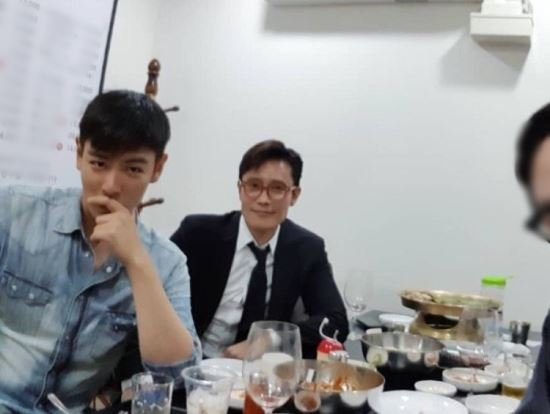 Both Lee Byung Hun and T.O.P starred in the drama “Iris” in 2009. T.O.P is currently fulfilling his mandatory military service as a public service worker.

BIGBANG
Lee Byung Hun
T.O.P
How does this article make you feel?