Teen Top Looks Back On Their Years Since Debut, Shares What’s Different About This Comeback, And More

Teen Top shared their thoughts on their latest comeback!

On May 8, the boy group held a showcase for their newest mini album “Seoul Night” at the SAC Art Hall in Seoul.

The group also recently completed their European tour. They said, “The fans passionately greeted us and cheered for us, so we had fun. We received strength from our fans.”

The members showed their close friendship after promoting together for eight years. Ricky revealed, “Niel has a mole on his butt.” Niel made everyone laugh when he said, “I’ve never seen my butt so I didn’t know.” They also said they wanted to live together in dorms again.

At the time of their debut, Teen Top announced that they were “a group that represented teenagers” but the members are now all in their mid and late-20s.

Niel commented, “We’re going to sing with the mindset of teenagers. When we were in our first and second year of promotions, we didn’t know anything and just worked hard. Around our third and fourth years, I began to think about what kind of music we should do. After five years, I think we began to feel more comfortable.”

Chunji added, “We’re still young, so there will be more opportunities to show you things.” 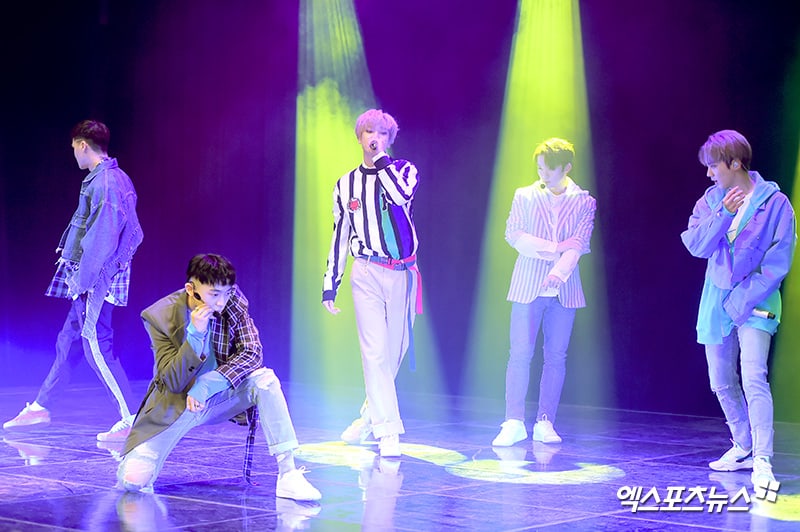 In the past, Brave Brothers and Teen Top worked together to produce hits such as “Crazy,” “To You,” “Be Ma Girl,” “Miss Right,” and “Rocking.” The duo teamed up again on the group’s latest track “Seoul Night.”

Niel said, “All four Brave Brothers’ songs were nominees for our title track. We have good teamwork, so we worked together again this time.”

He continued, “To me, Seoul is a ‘place to find my dream.’ I came to Seoul because of my dream, so it’s meaningful.” Changjo added, “In our MV, there were so many running scenes that my toenails were lifted. I feel like I ran five years’ worth at once.”

The group also made pledges for this comeback. They said, “If we become a huge success, then we’ll do a special event with fans at night. We want to have fireworks and a barbecue party.”

Ricky said, “Until now, Teen Top mainly had performances that were hard to follow. But this time, we came out with a dance that everyone can enjoy together. I want to promote while dancing together with our fans.”

Chunji added, “As much as the preparation process was long and difficult, I hope it turns out well. I hope the public and not just our fans will recognize us.”

On top of promoting as a group together, the members are also preparing to perform in musicals and act. C.A.P said, “We were originally going to do solo promotions, but they got pushed back. We’ll discuss it after the team promotions.”

“Seoul Night” was released on May 8 and will be sold offline on May 9. Teen Top will have their comeback stage on Mnet’s “M!Countdown” on May 10.

Teen Top
XPN
How does this article make you feel?