8 Actors Who Started Their Careers Through Adorable Child Roles

If you’ve been around the K-drama world for some time, you’ve probably seen a lot of the child actors and actresses grow up right before your eyes. It’s crazy how fast they grow and how fast time flies, isn’t it? These actors and actresses went from acting as children to landing main roles where they’re falling in love.

Here’s a look at eight adorable child actors who have grown up way too fast:

12 years ago, Park Bo Young made her official debut in the K-drama “Secret Campus” alongside Lee Min Ho. Although she’s playing classmates with Lee Min Ho’s character, she managed to look SO much younger! 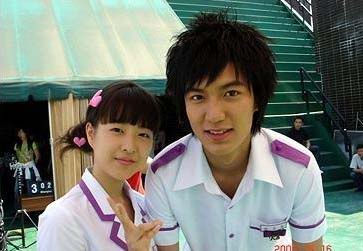 She grew up so fast and most recently starred in the hit JTBC K-drama “Strong Woman Do Bong Soon” where she was in the middle of an intense love triangle! 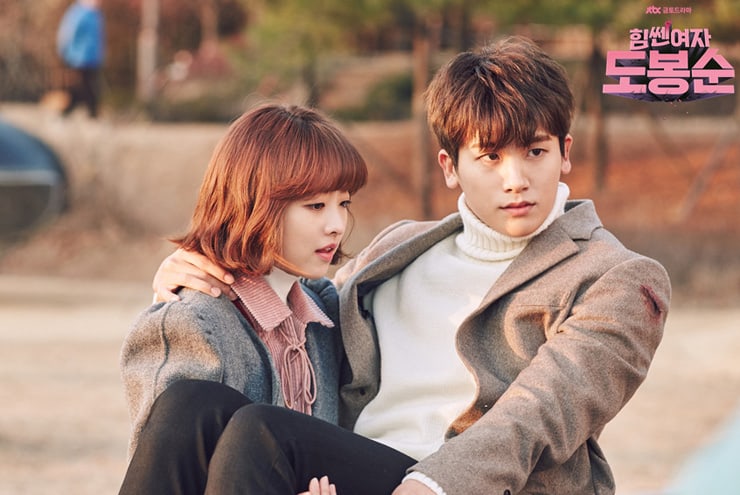 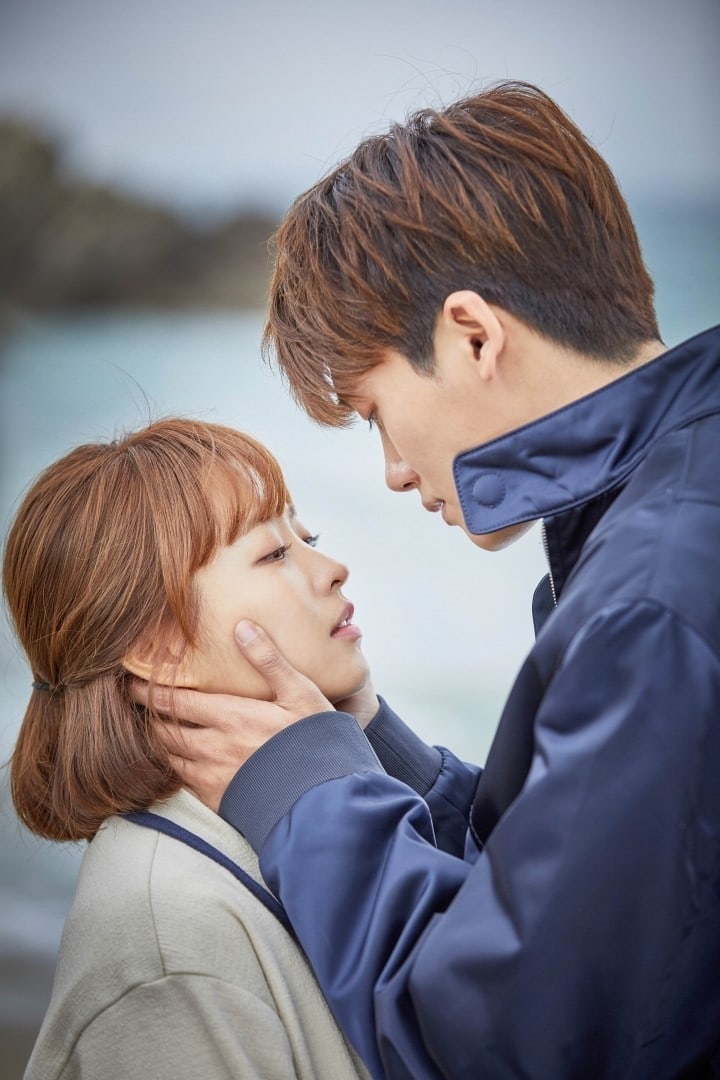 Catch her in the first episode of “Strong Woman Do Bong Soon”:

In 2000, Yoo Seung Ho made his debut as a child actor, but it wasn’t until 2002 when he had his breakout role. In “The Way Home,” his role as the bratty city boy who develops a strong relationship with his deaf grandmother won the hearts of many and even won an award. After this role, he played the child version of many top actors and rose to fame fairly quickly. 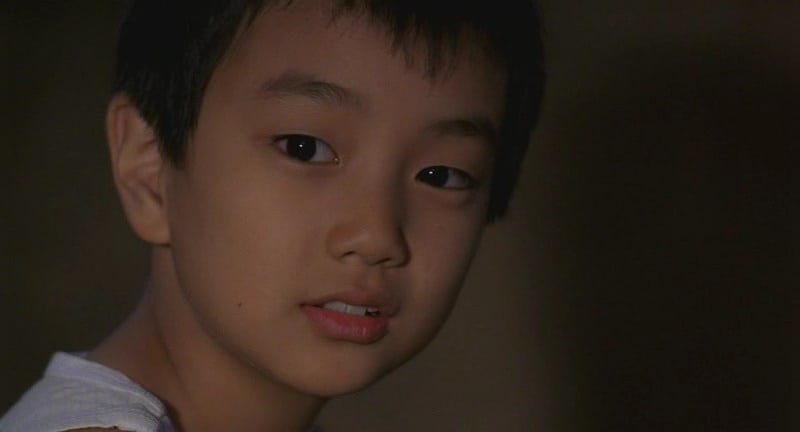 Throughout the years, viewers were able to watch Yoo Seung Ho grow and take on more mature roles. His first-ever starring role in a K-drama was in “Operation Proposal” where he showed us that he can be taken seriously as an adult actor. In his more recently roles, he has definitely shed his childhood actor image.

Catch him in his latest drama “I Am Not A Robot”:

Many people remember Park Shin Hye as her role in “Stairway to Heaven” as she played the younger version of Choi Ji Woo. She made a strong impression on viewers as her acting was so believable and impressive for a girl her age. 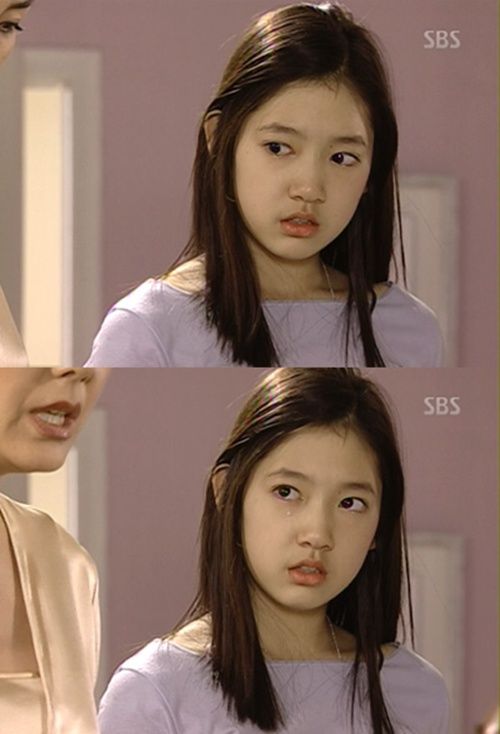 It only took a few years after for her to star in several dramas. Her big international breakthrough role was as Hana in “Tree of Heaven.” It was also aired in Japan and Thailand, where she also gained a lot of fame. Following this was basically history as she has gone on to star in many mega hit K-dramas, which include, “You’re Beautiful,” “Doctors,” “Heirs” and more.

Here’s a clip of her in a memorable lead role. Check out her maturity as an actress!

Catch her in the first episode of “Doctors”:

Kim Yoo Jung was just four years old when she made her acting debut. We literally saw her grow up on various K-dramas and movies. She was an impressive young star as she made appearances in 13 K-dramas and 15 movies. 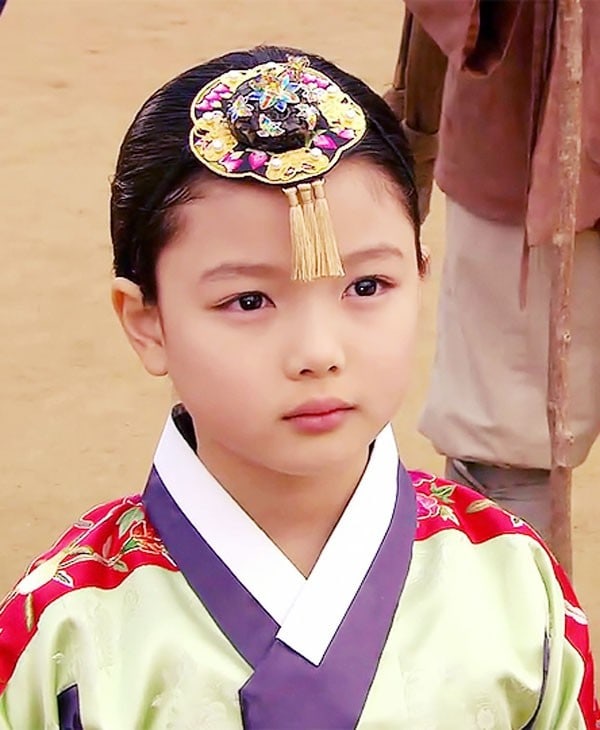 In 2015, she made her transition into lead roles. Her most notable recent appearance as a female lead was in the hit series, “Moonlight Drawn by Clouds” alongside Park Bo Gum. She even snagged a few awards at the KBS Drama Awards!

Catch her in the first episode of “Moonlight Drawn by Clouds”:

The first notable appearance by Moon Geun Young was in the 2000 classic “Autumn In My Heart,” where she played the young Song Hye Kyo.

Her emotional and raw acting was praised by many and people knew she had a very promising career ahead of her. Since then, she’s acted in many lead roles including “Cinderella’s Stepsister” and “Goddess of Fire, Jung Yi.” 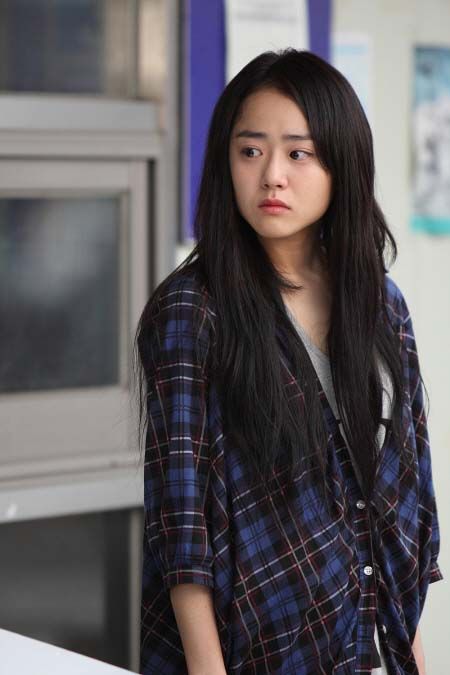 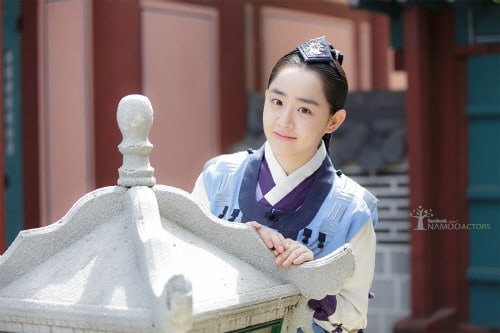 Catch her in the first episode of “Goddess of Fire, Jung Yi”:

Kim Sae Ron began her acting career in the movie “Brand New Life,” where she even attended the Cannes Film Festival. Shortly after, she starred in “The Man From Nowhere,” which also gained a lot of international recognition, especially as she starred alongside Hallyu star, Won Bin. 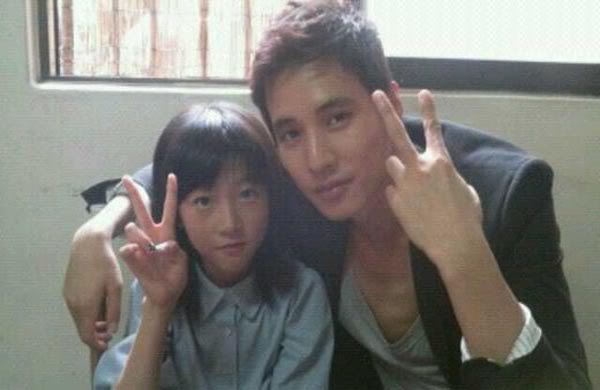 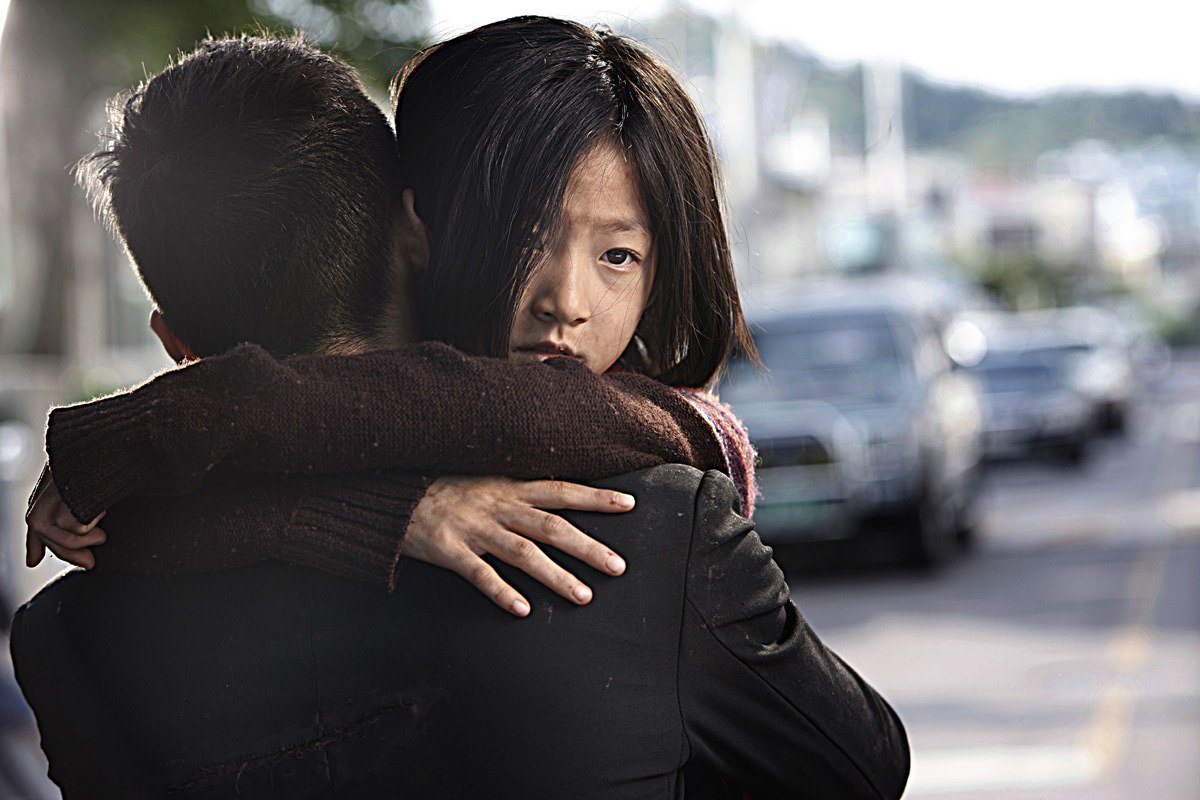 Her strong acting career has continued to grow and been critically acclaimed for her amazing acting abilities. She most recently starred in her first lead K-drama role in 2016 in “Mirror of the Witch.” 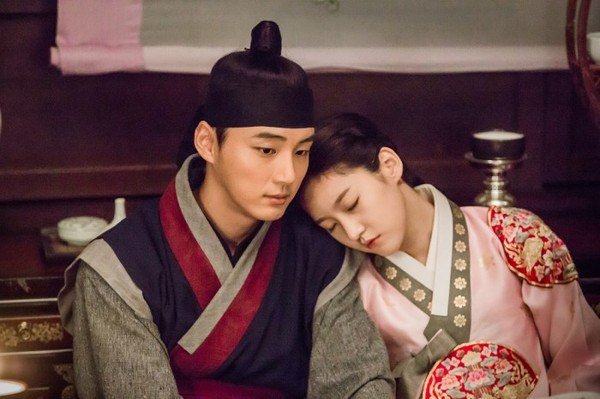 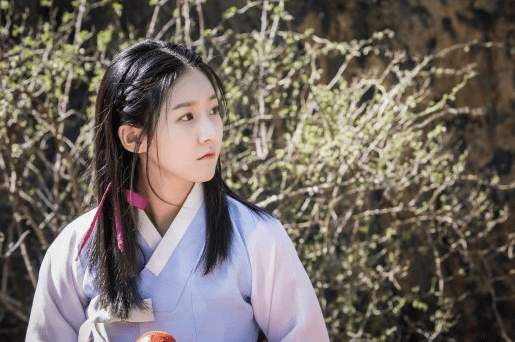 Catch her in the first episode of “Mirror of the Witch”:

In 2005, Yeo Jin Goo made his acting debut as a child actor in the movie “Sad Movie.” 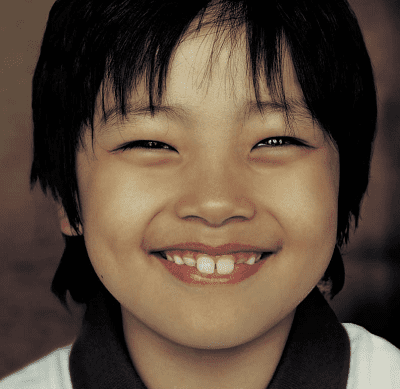 Having been dubbed the nickname “Nation’s Little Brother,” we have been able to see him mature very quickly into a young successful actor. As this cutie got older, he starred in several films including “Shoot Me in the Heart,” “Long Way Home,” and in several dramas like “Orange Marmalade,” “Circle,” and “Into the World Again.”

HIs voice has gotten so much more deeper!

Catch him in the first episode of “Into the World Again”:

Kim So Hyun gained an immense amount of popularity when she played the mean younger version of the queen in “The Moon Embracing the Sun.” She was just 13 years old, but the role was significant in her career as it showed her acting skills. She even won a couple Best Young Actress awards! 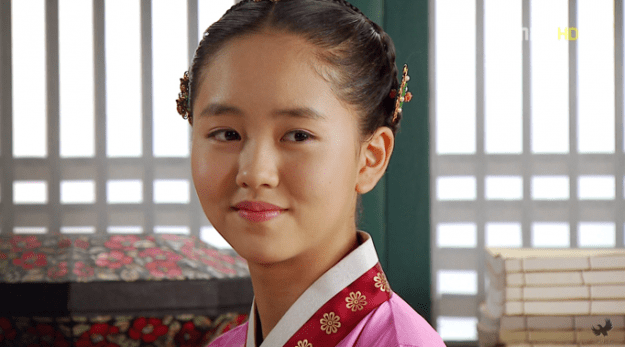 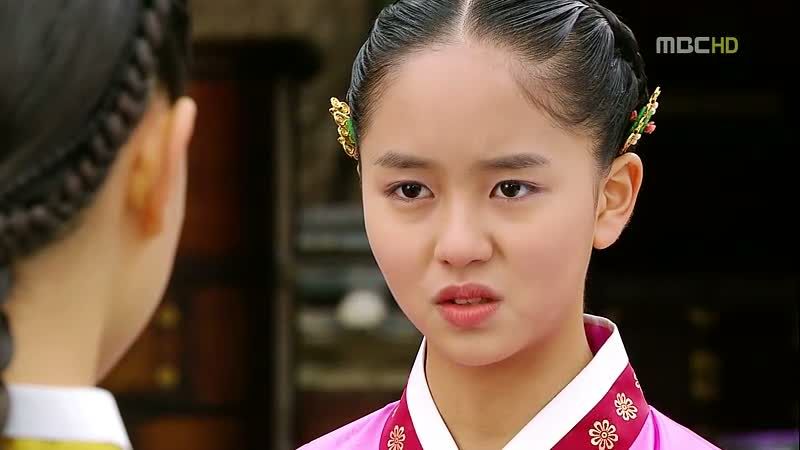 In 2015, Kim So Hyun landed her first lead role in a K-drama playing twins Lee Eun Bi and Go Eun Byul in “Who Are You: School 2015.” Since then, she has been the lead in several other big hit K-dramas, which include “Page Turner,” “Bring It On, Ghost,” “Ruler: Master of the Mask,” and most recently “Radio Romance.”

She’s matured SO much, it’s hard to believe!

Catch her in the first episode of “Radio Romance”:

Hey Soompiers, which of these child actors/actresses is your fav? Let me know in the comments below!

Currently watching: “My Mister,” “Suits,” “A Poem A Day” and “Pretty Noona Who Buys Me Food”
All-time favorite dramas: “Secret Garden,” “Goblin,” “Because This Is My First Life” and “Star In My Heart”
Looking forward to: Won Bin’s return to the small screen and Song Joong Ki’s next drama