5 Most Romantic, Swoon-Worthy Moments From The Taiwanese Drama “Iron Ladies”

Chou Kai Ting is the marketing director of Love U Shop, an online cosmetics retailer, and she lives by the motto of never giving up when it comes to work. One day during a work crisis, Kai Ting meets Su Tsan (Ben Wu), a young man from the countryside who only recently arrived to Taipei in search of work opportunities. Through a series of events, Kai Ting hires Su Tsan to be the new spokesperson of Love U Shop.

Fans of the drama could immediately recognize the electrifying chemistry between Ben Wu and Aviis Zhong. I think we all couldn’t help but look forward to their scenes and interactions in the drama, and thus I’m here to share my top picks of the most romantic and swoon-worthiest moments of our OTP. 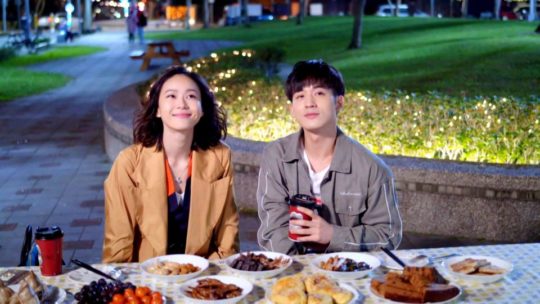 When Kai Ting runs into Su Tsan in the evening, the two realize they both have no plans and end up having an impromptu picnic dinner at the park over the food that Su Tsan’s grandma packed for him. They get to know each other as they eat and enjoy the fireworks. You can easily tell by the way Su Tsan looks at Kai Ting that he is already completely smitten by her. Swoons.

Up close and personal makeover 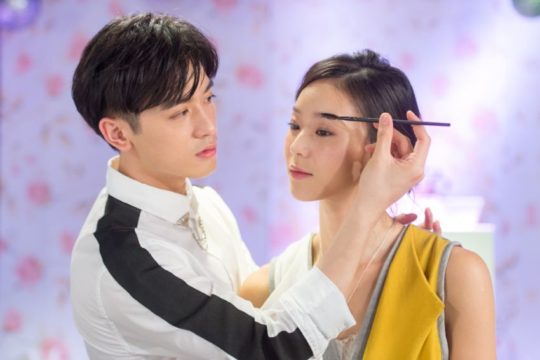 When a crisis arises as a famous makeup artist who was hired for a Love U Shop live broadcast event cancels last minute, Kai Ting asks Su Tsan to act as a replacement makeup artist even though he has no experience. At the event, Su Tsan in turn requests Kai Ting to be his makeup model. Much to the disbelief of everyone, Su Tsan’s talent as an artist saves the day and the event becomes a huge success. This was also such a swoon-worthy scene, seeing Su Tsan so up-close to Kai Ting as he meticulously applies makeup on her face. Even Kai Ting can’t help but blush. 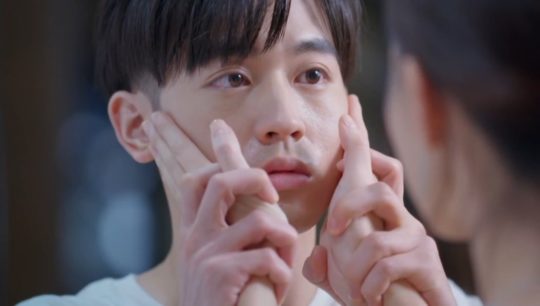 After the Love U Shop live broadcast event, Kai Ting notices Su Tsan hasn’t properly washed off his makeup. Kai Ting gives him a bottle of makeup remover and takes him to the washroom. Seeing how he doesn’t know how to properly use the remover, she helps rub the product all over his face to dissolve the makeup. Su Tsan is flustered by her touch and grabs Kai Ting’s hands to stop. He says he can do it himself, but yet he doesn’t let go of Kai Ting’s hands. Su Tsan is so adorable like a little lost puppy who’s suddenly hot and bothered by a girl’s touch. Too cute! 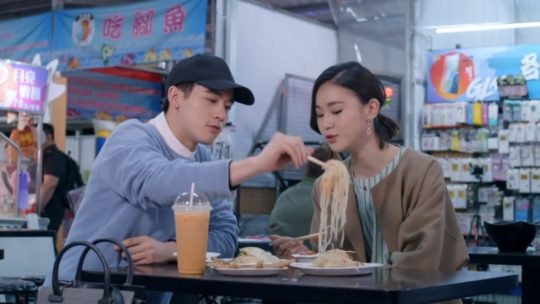 Seeing how stressed Kai Ting is about work, Su Tsan takes her out to eat at the night market. They go on a food binge, trying out various places and eating until they’re about to burst. Even though they’re only friends at this point, they’re already acting like a cute couple on a date. I say, a couple that enjoys food together, stays together. 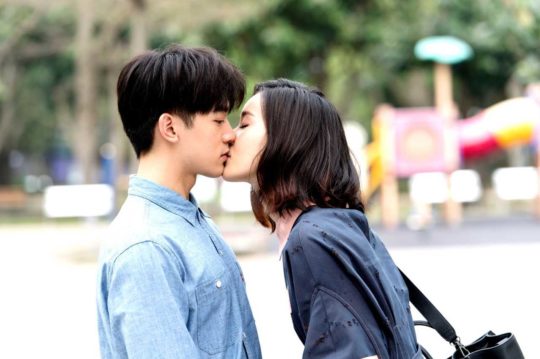 Catch the first episode of “Iron Ladies” below:

Hey Soompiers, are you watching “Iron Ladies”? What are some of your favorite scenes of our OTP? Let me know in the comments below.

Currently watching: “Between,” “The Love Knot: His Excellency’s First Love,” “Single Ladies Senior,” and “Pretty Man”
Looking forward to: “Meteor Garden 2018,” “One and Another Him” “Are You Human, Too?”
All-time favorite dramas: “Nirvana In Fire,” “Queen In Hyun’s Man,” “A Witch’s Romance“