Steven Yeun and Yoo Ah In talked about their latest film “Burning” on KBS2’s “Entertainment Weekly.”

On the May 11 broadcast, the two stars walked the streets of Hongdae for the segment “Guerilla Date” and met with fans.

After the “Guerilla Date,” the two actors took part in an interview where they talked about each other and their film.

When asked to choose each other’s charming points, Yoo Ah In answered, “He has three-dimensional charms. He’s like a mischievous older brother, but transforms into a professional when acting.” Steven Yeun said, “He’s intelligent, but has an open mind.”

The interviewer then asked Steven Yeun, who is well-known for his role in “The Walking Dead,” if people yell and get excited when they run into him in the United States.

He replied, “There was a time when it was like that, but these days, it’s more like, ‘Hey man.”’ 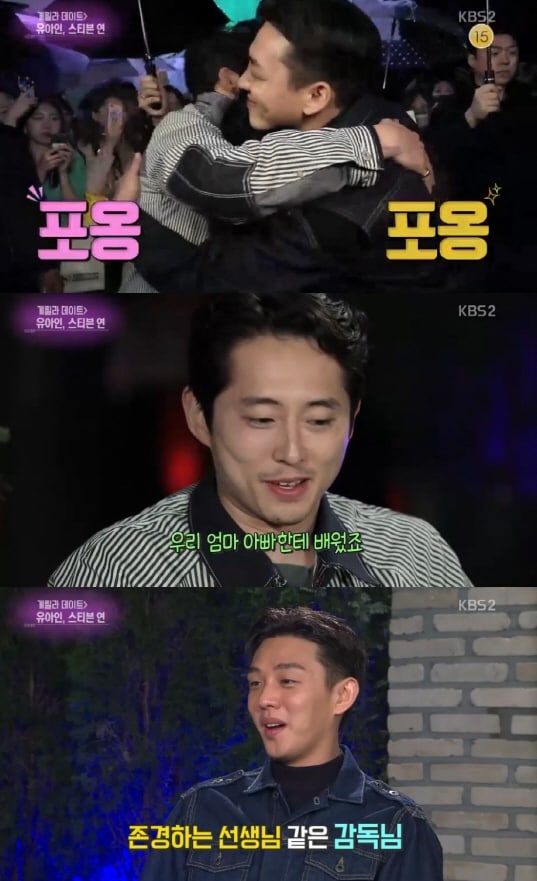 The co-stars then talked about their film, which was recently invited to the 71st Cannes Film Festival. Yoo Ah In told viewers, “It’s an uncommon film. You’ll get a big shock.”

Speaking about director Lee Chang Dong, he said, “He’s a teacher-like director whom I respect. He has the ability to make students reproach themselves.”

“Burning” will tell the story of Jong Soo (played by Yoo Ah In) who is a part-time employee at a distribution company. He meets his childhood friend Hae Mi (played by Jeon Jong Seo) who introduces him to Ben (played by Steven Yeun) and strange things happen to the three of them.

The film will premiere in theaters on May 17.

Steven Yeun
Entertainment Weekly
Yoo Ah In
How does this article make you feel?