So Ji Sub and Park Shin Hye finally met and shared a meal together on “Little House in the Forest.”

On the May 11 episode of tvN’s “Little House in the Forest,” So Ji Sub and Park Shin Hye were given the mission of meeting up for a meal.

So Ji Sub began his day by eating breakfast and reading his book for a while. He was then given a mission to film seven different colors, and he completed this mission by filming various wildlife and nature like camellia flowers and violets. Park Shin Hye, on the other hand, was given the mission of putting up a hammock. After completing the mission, she commented, “I’m proud. I think I’ll be able to get lots of fruit to put in the hammock.

The two then prepared to meet each other. So Ji Sub showed off his gentlemanly side, saying, “I think it’s better if I go to her first. There’s going to be a lot of things to carry.” Park Shin Hye shared, “When I first started preparing, I felt a bit pressured because it was so chaotic and someone was coming to my house. There wasn’t any food to make, but I felt like I had to make something for him with the ingredients I have.”

Ahead of his visit, Park Shin Hye prepared some kimchi pancakes and mixed noodles. So Ji Sub packed some of his own food, including some leftover meat, banana, garlic, carrots, and rice. He worried over the lack of food, saying, “I don’t want to go empty-handed, but I don’t have anything to bring. I’m going to chop some firewood and bring that.” He added, “Even if the food I make is a bit sloppy, it’s okay because I’m alone. But when I’m eating with someone else, I don’t want to give them that food.” 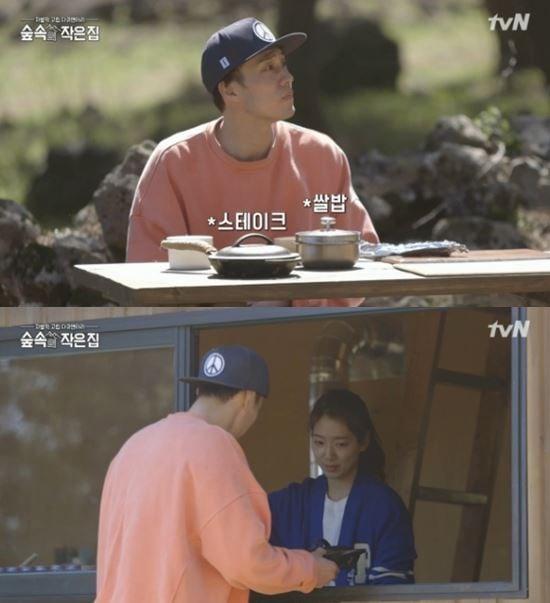 During their meal, So Ji Sub talked about what it was like to live alone and shared, “I like cooking, but rather than saying I’m good at it, I think I would just say I’ve lived alone for a long time [so I’ve had to cook]. I wouldn’t really call them proper dishes. It’s mostly just some meat and vegetables. I think it costs more to buy ingredients for one portion, so I find it better to just eat out sometimes.”

Park Shin Hye agreed with him and said, “I used to eat out a lot, but lately I’ve been making some sort of soup and putting it in the fridge.” She also marveled at So Ji Sub’s rice and asked how he hadn’t burned it. 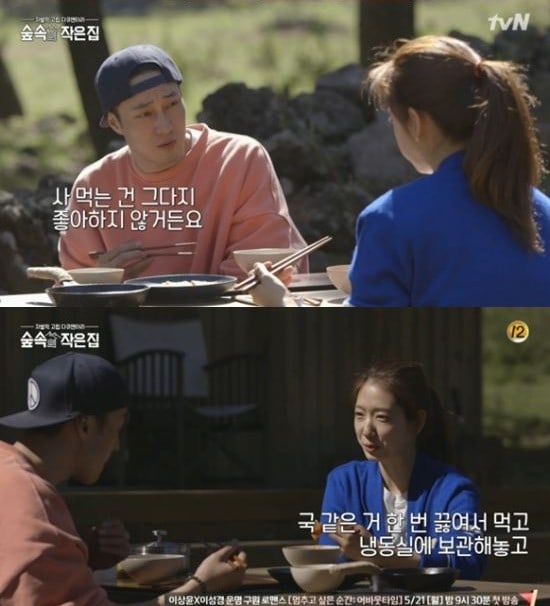 The two also talked about the moments they had enjoyed while filming the show. Park Shin Hye expressed, “I liked that it became more simple. It was the most fun when I had to light a fire.” So Ji Sub then shared, “When I’m in Seoul, I check the time frequently,” saying that he didn’t have to check the time at his house in the forest.

Park Shin Hye commented on their meal together, saying, “I think the food was more delicious than it normally is. So Ji Sub also shared, “She was good at cooking, and I enjoyed the food. I think next time when the weather is nice, it’ll be good to invite her over and have a cup of tea.”

They then returned to their solitary lives in their respective houses. Park Shin Hye enjoyed the fruit hammock she had made, and cooked curry for dinner. So Ji Sub was surprised that it was hot on the way home, as his home had always been cold. He was also surprised by the cow that appeared in front of his house. He tried his hand at making a hammock as well and enjoyed the scenery for the rest of the day. 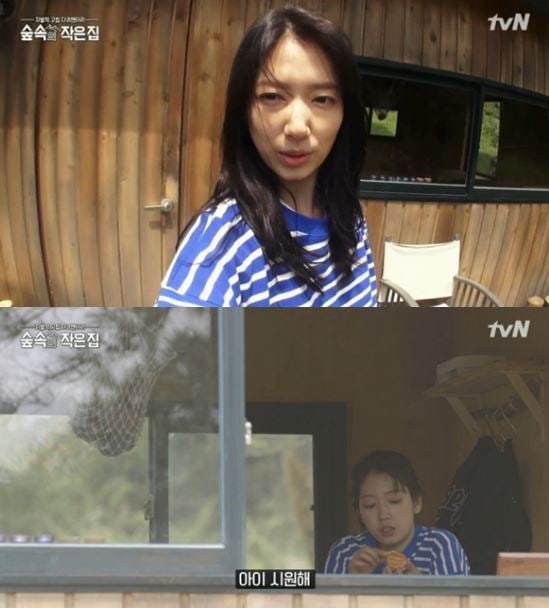 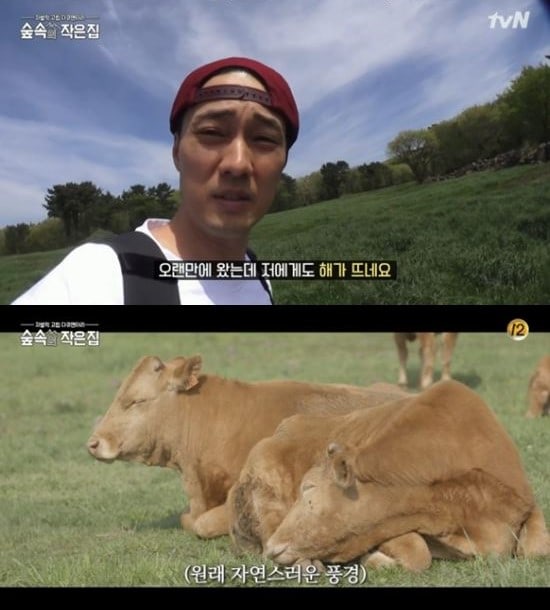