On the May 11 episode of JTBC’s “Secret Sister,” Red Velvet’s Yeri opened up to actress Han Chae Young.

“Secret Sister” is a new variety show that pairs up female celebrities together to be each other’s “sisters” for a day, spending time together and opening up about their lives to one another.

Yeri and Han Chae Young visited a secret café, where they tried food that Yeri recommended and took selfies together. Yeri then prepared some food herself and said, “This is the first time I’ve made one of my original recipes for someone.” 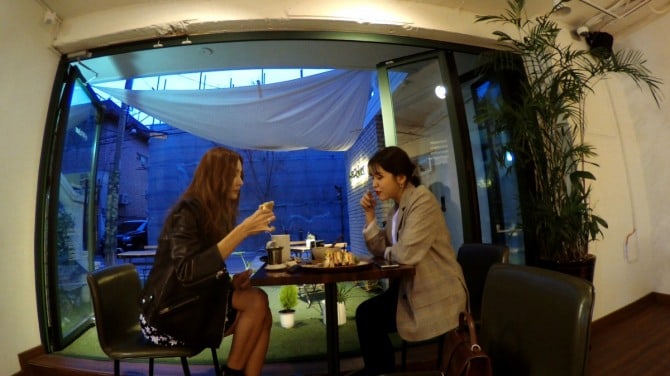 The “sisters” then talked about romance. Han Chae Young, who is married with a son, asked Yeri about her ideal type and the idol responded, “I’m not interested in looks. The only ideal type I have is Jo In Sung. Other than him and Kang Dong Won, I don’t think I’ve ever had a crush on a celebrity.”

When Yeri asked Han Chae Young about her experience with dating, the actress replied, “It’s been so long I don’t even remember.” She added, “I still like to work, so I worry a lot about choosing between work and family. There’s always that pressure.” 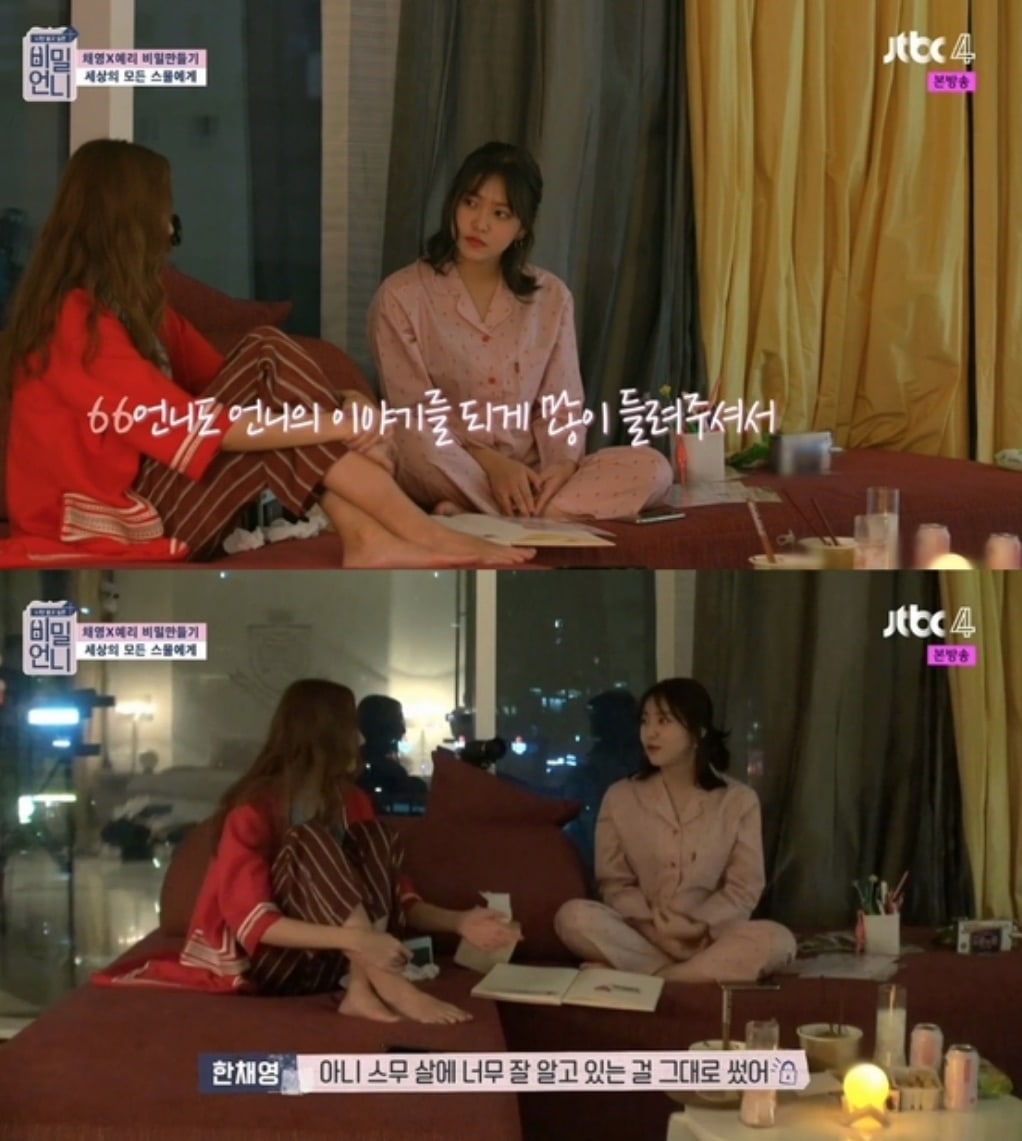 For her part, Yeri confessed, “We experience lots of different emotions as we go through life, but I’ve been thinking a lot recently about which emotions are the most important. I’ve thought about this since I was a trainee. If you don’t know your feelings, it’s difficult. It’s like that when I’m working too. It’s like that when I’m living.” She ended awkwardly as she tried to express her feelings in words. However, Han Chae Young replied sympathetically, “I think I understand what you mean.”

Yeri also said, “Last year, I had a really hard time mentally. I became extremely afraid of other people talking about me. The word ‘willpower’ put a lot of pressure on me. Now I’m trying to speak up about my feelings first. Recently I’ve come to feel that leaning on other people can be good.” Han Chae Young marveled at Yeri’s maturity, saying, “I only came to realize that after I turned 30.” 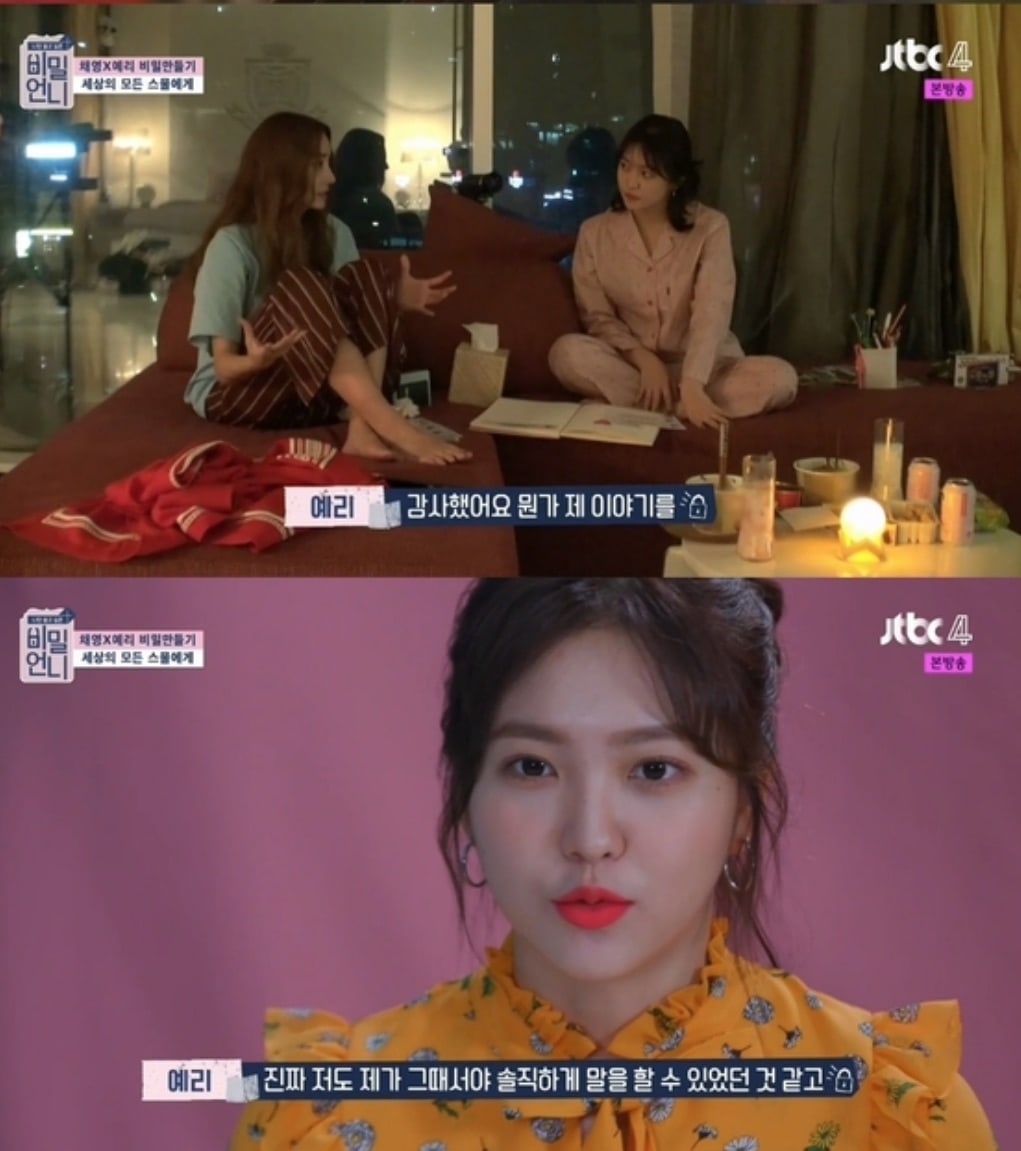