4 Things We Loved And 4 Things We Hated About The Premiere Of “Rich Man, Poor Woman”

Warning: minor spoilers for episodes 1 and 2 below. 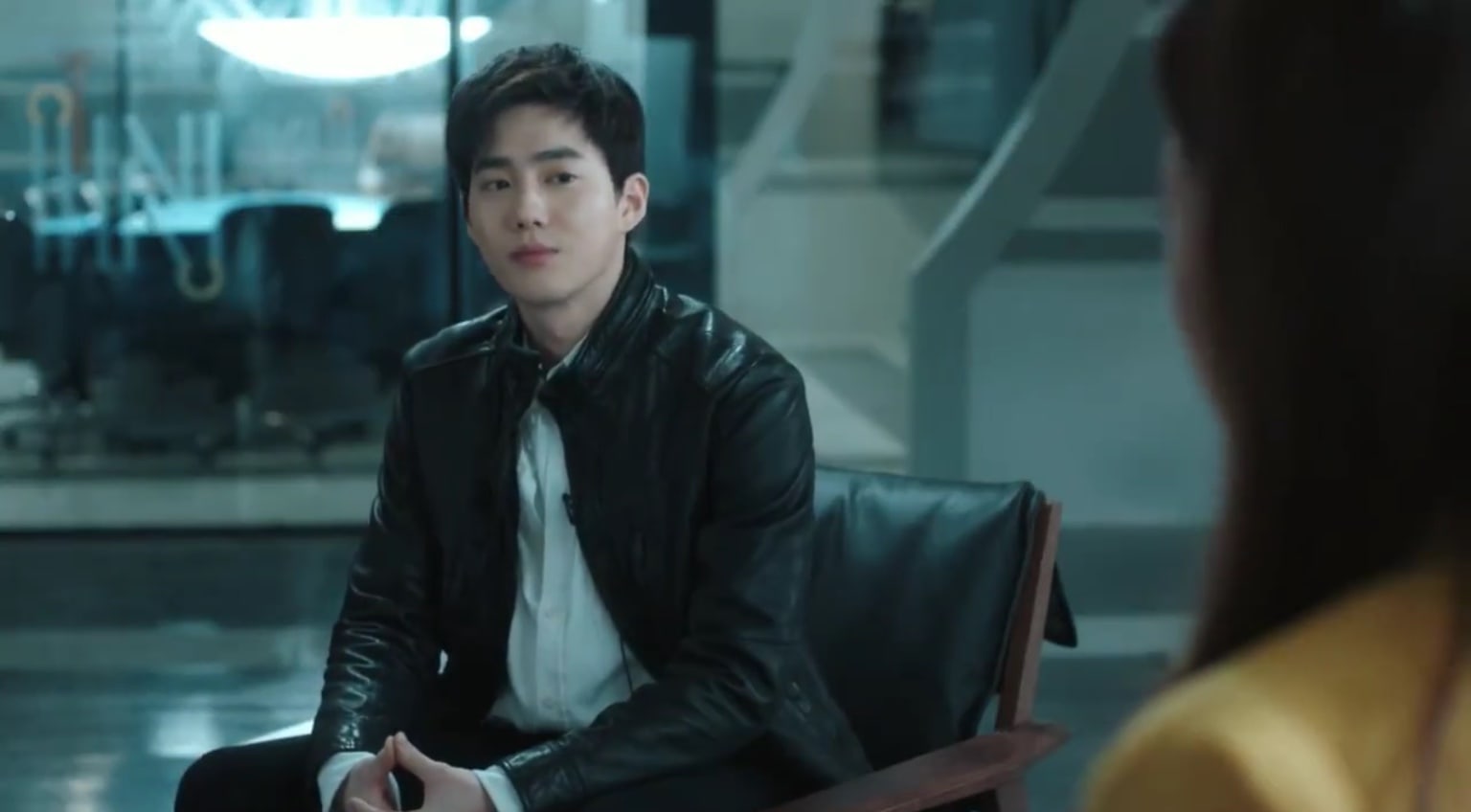 He’s the charismatic lead and the main love interest, so as we have come to expect from k-dramaland, he will redeem himself. But for now, Yoon Chan (played by the handsome Suho) is a total jerk! For starters, his interviewing technique alone is downright evil: he calls on individuals in front of their competition and eliminates them on the spot for not knowing exactly what he wants them to say. And although he suffers from facial agnosia, making it impossible for him to recognize people, he seems like the sort of arrogant rich boy that would forget your name multiple times regardless.

Yoo Chan is a very young CEO of a successful sales company and it clearly appears like it’s gone to his head. Though, it’s probably best not to judge him on his actions during these first two episodes, as he will undoubtedly change completely by mid drama. 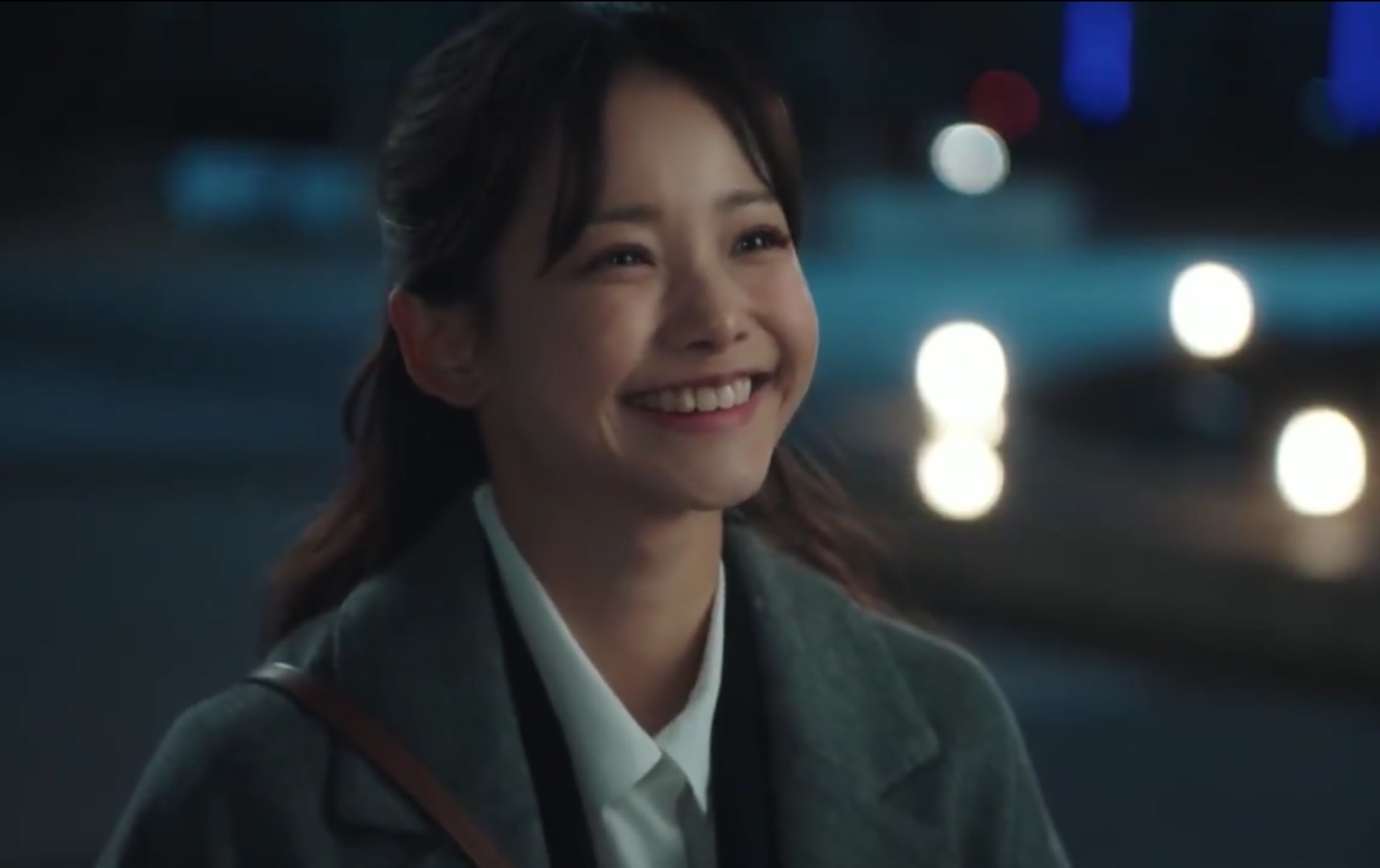 What a delightful ray of sunshine Bo Ra (played by the lovely Ha Yeon Soo) is! Even when she’s down on her luck, it only takes a tiny step in the other direction to bring back a smile on her face.

No matter the situation, Bo Ra never stops being her bright, sunny self. When her 30th job application gets rejected, she finds a renewed sense of energy in the success of strangers she meets on the street. She supports her friend when she is accepted by a big company, and even when her parents send her a modest allowance that originally makes her cry because she can’t provide for them, she still puts it to good use and buys a pair of work shoes, sending a photo of herself with her shoes to her grandmother. Jeez, this girl even sleeps smiling!

Bo Ra is also very talented, as she has a photographic memory, recalling the names of her peers at a job interview and the beginning of books to impress her coworkers. You can tell she’d be the sort of enthusiastic worker that shows up early and leaves late, and this drama does a good job in making you really feel for her and her struggle to find a job. 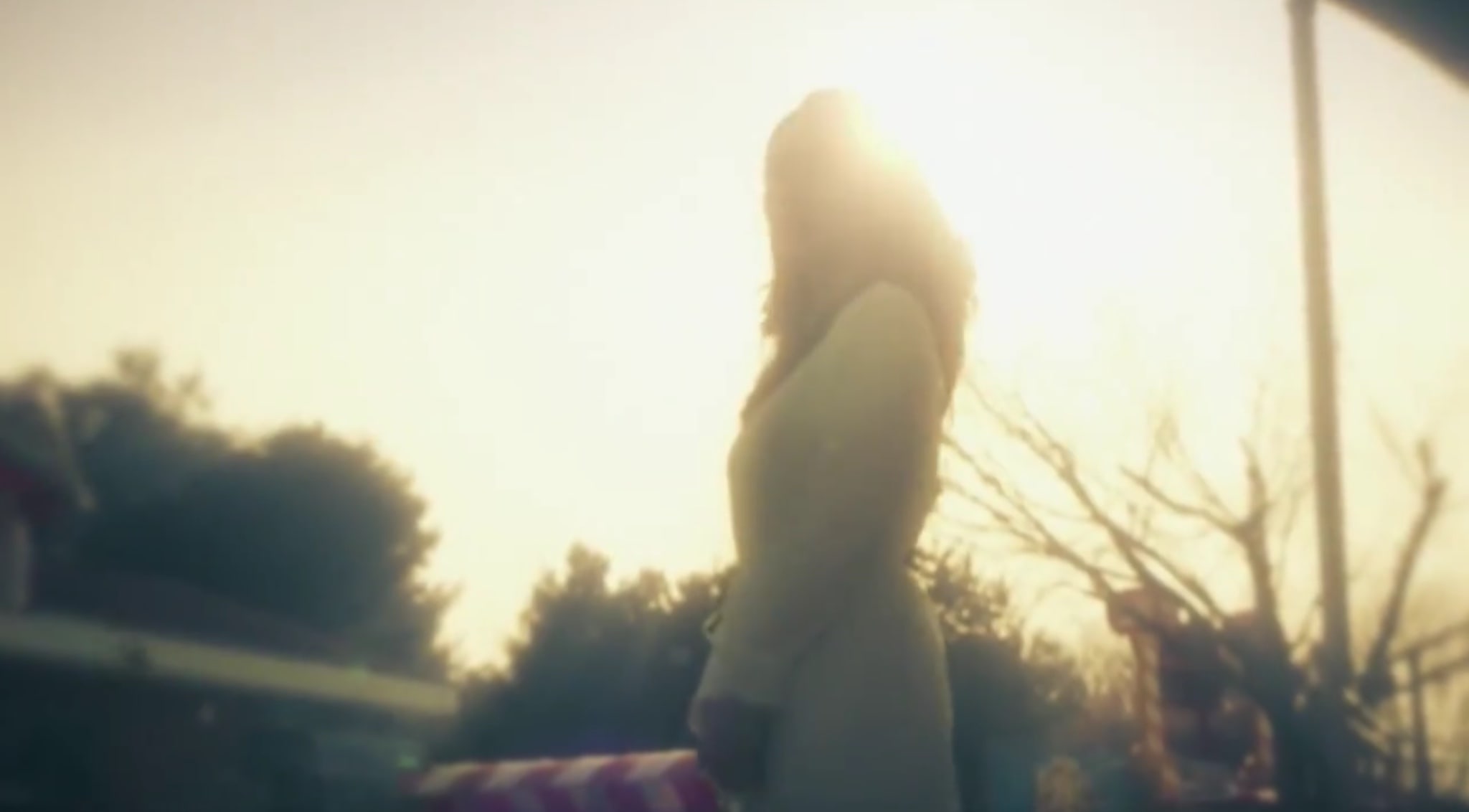 One mystery that’s introduced in this drama is the identity of Kim Boon Hong. Who is Kim Boon Hong?! Yoo Chan tirelessly searches for her, and has flashbacks that never include her face. Bo Ra introduces herself to Yoo Chan with Kim Boon Hong’s name to get a rise out of him, so she must know who Kim Boon Hong is. And we still don’t know what’s going on with that necklace or with that phone. As intriguing as it all is, we want to know now! 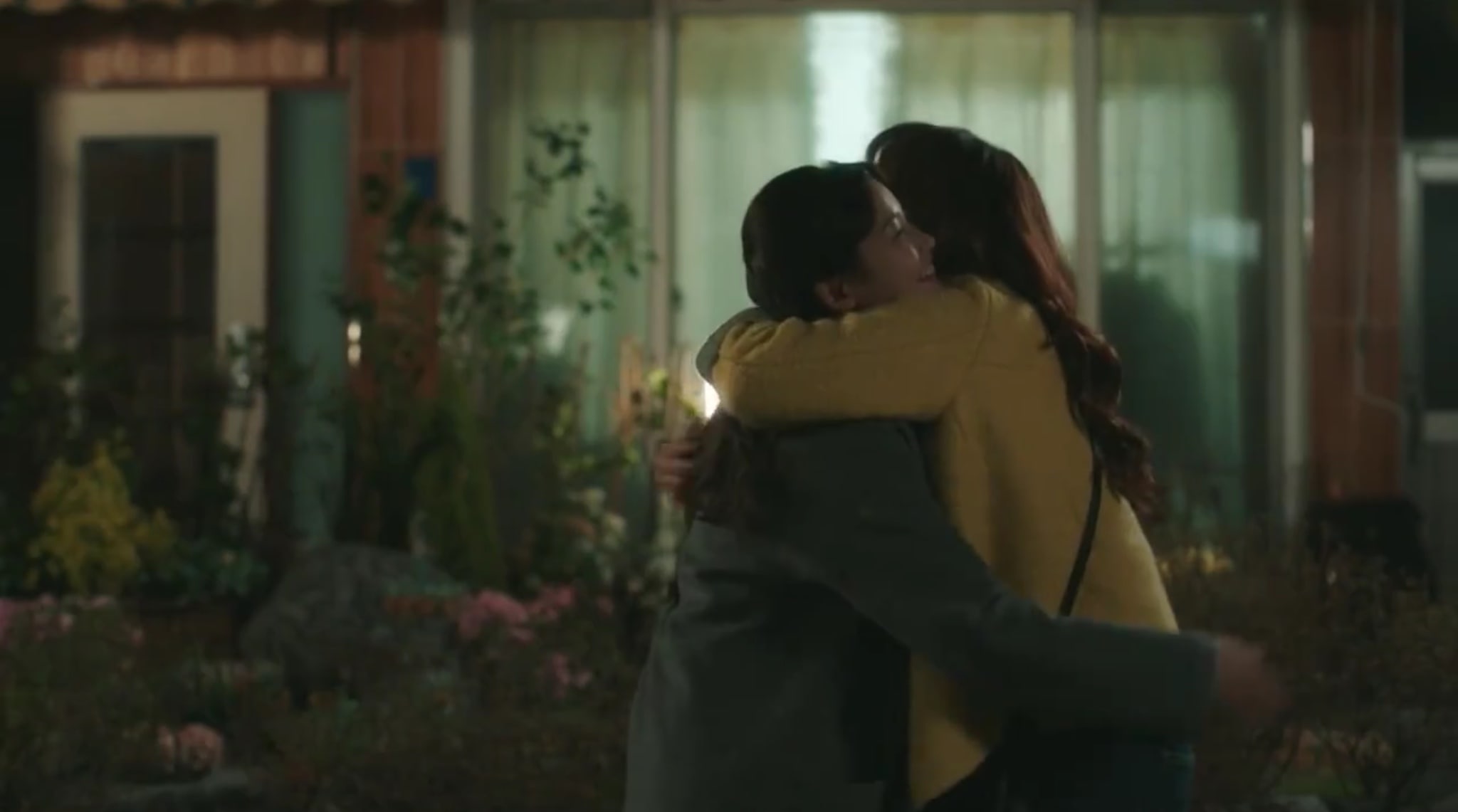 Bo Ra and Min Soo (Yoon Da Young) are seriously cute together! They like to act out their own little drama scenes, drink till their cheeks are red, and they even literally bark at dogs. 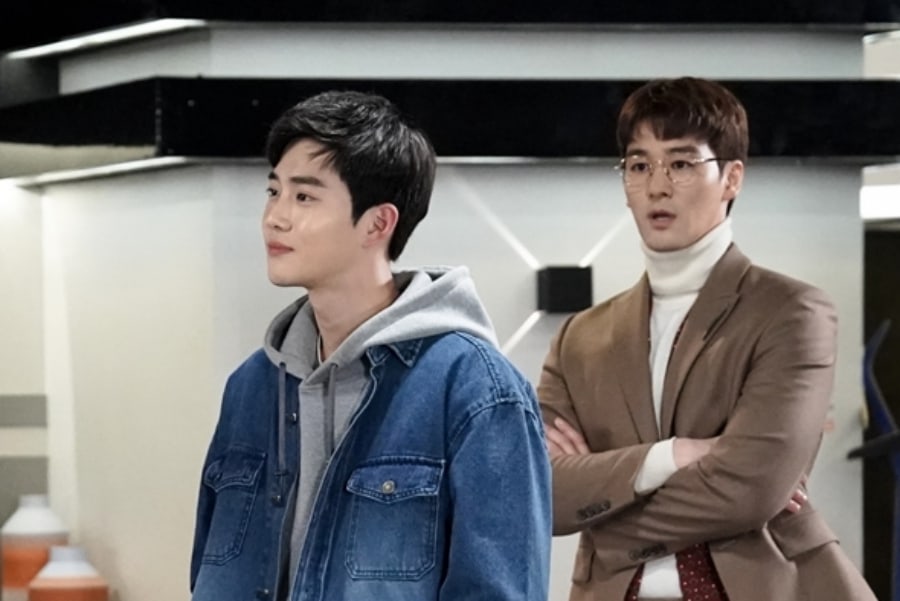 In terms of the guys, Yoo Chan and Tae Joon (played by Oh Chang Suk) started their business from nothing together and made it big, not only because of their talent, but because they understand each other. Tae Joon works as the perfect buffer for Yoo Chan’s arrogance, keeping his cool and even laughing when Yoo Chan is literally losing it at Bo Ra for making the tiniest mistake. It’s great that he doesn’t take Yoo Chan’s tantrums seriously and isn’t at all phased by them, which is something Yoo Chan needs. K-dramas always provide the best bromances and sisterhoods, so I’m sure we can expect a lot more from these guys soon. 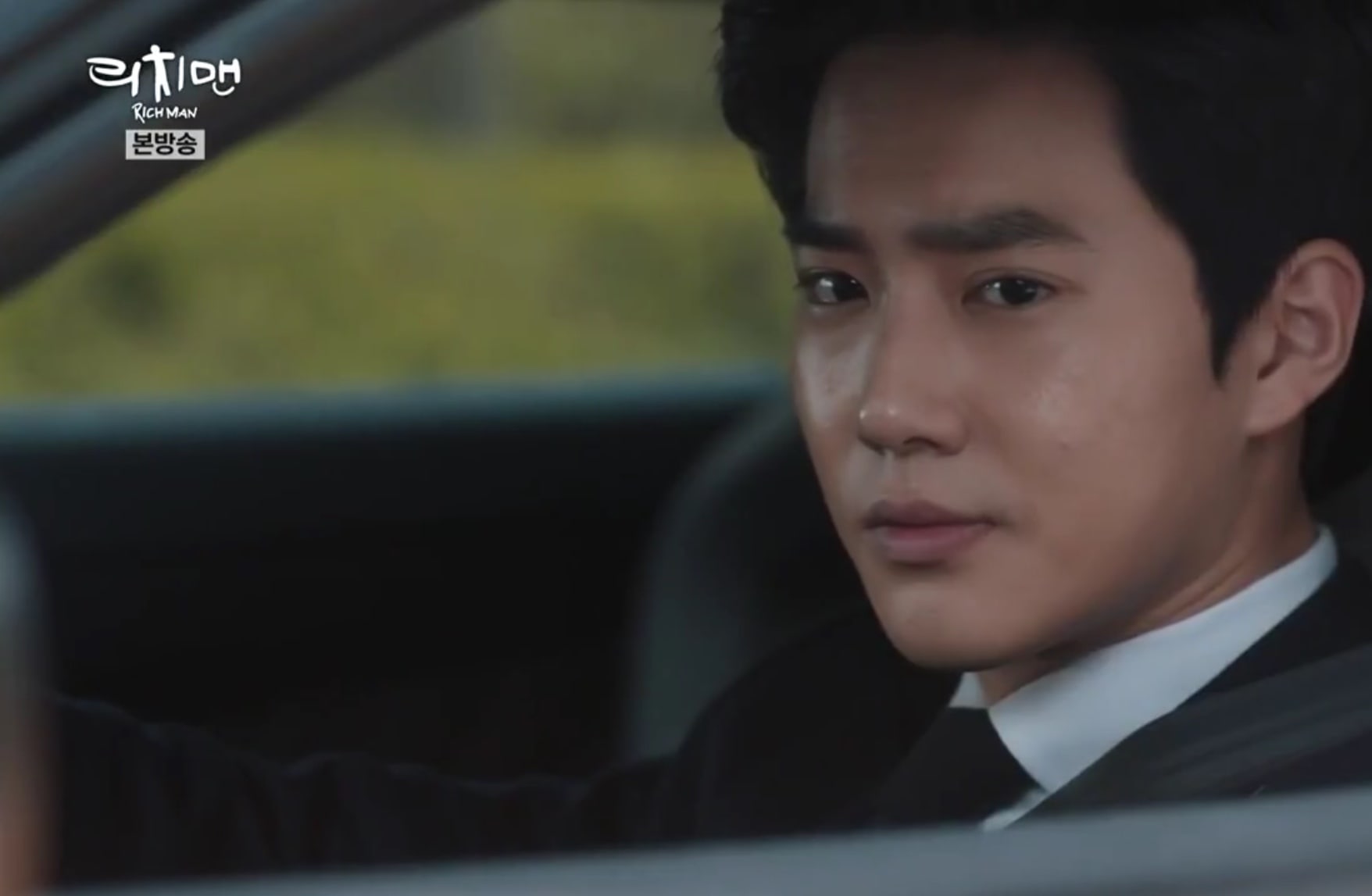 Every drama with a beautiful woman in between two attractive and charismatic leads can only go one way right? Especially when one is unnaturally friendly and the other is an evil jerk. Perhaps it’s just frustrating because we’ve seen it so many times before, but so far, it’s looking like there’s going to be second lead syndrome with Tae Joon, and I’ll be right there with you. 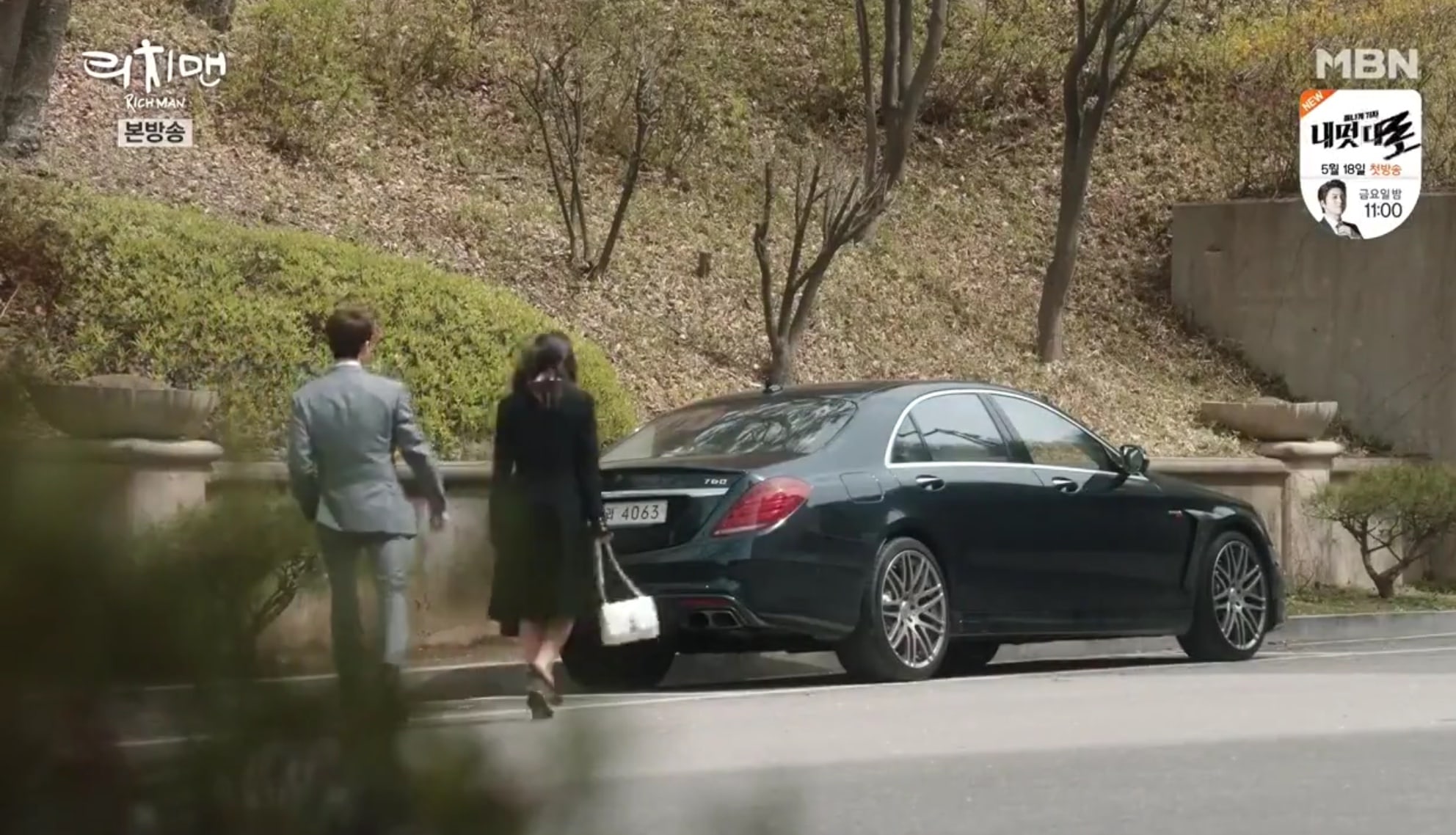 When Yoo Chan spins his car around and races to Bo Ra to apologize for being a total jerk, you can already see the beginning of a lot of misunderstanding and drama as he sees her smiling and getting into Tae Joon’s car. The two male leads have a lot of history together, and it’s always a shame to see such a friendship get torn apart by cliché love triangles. 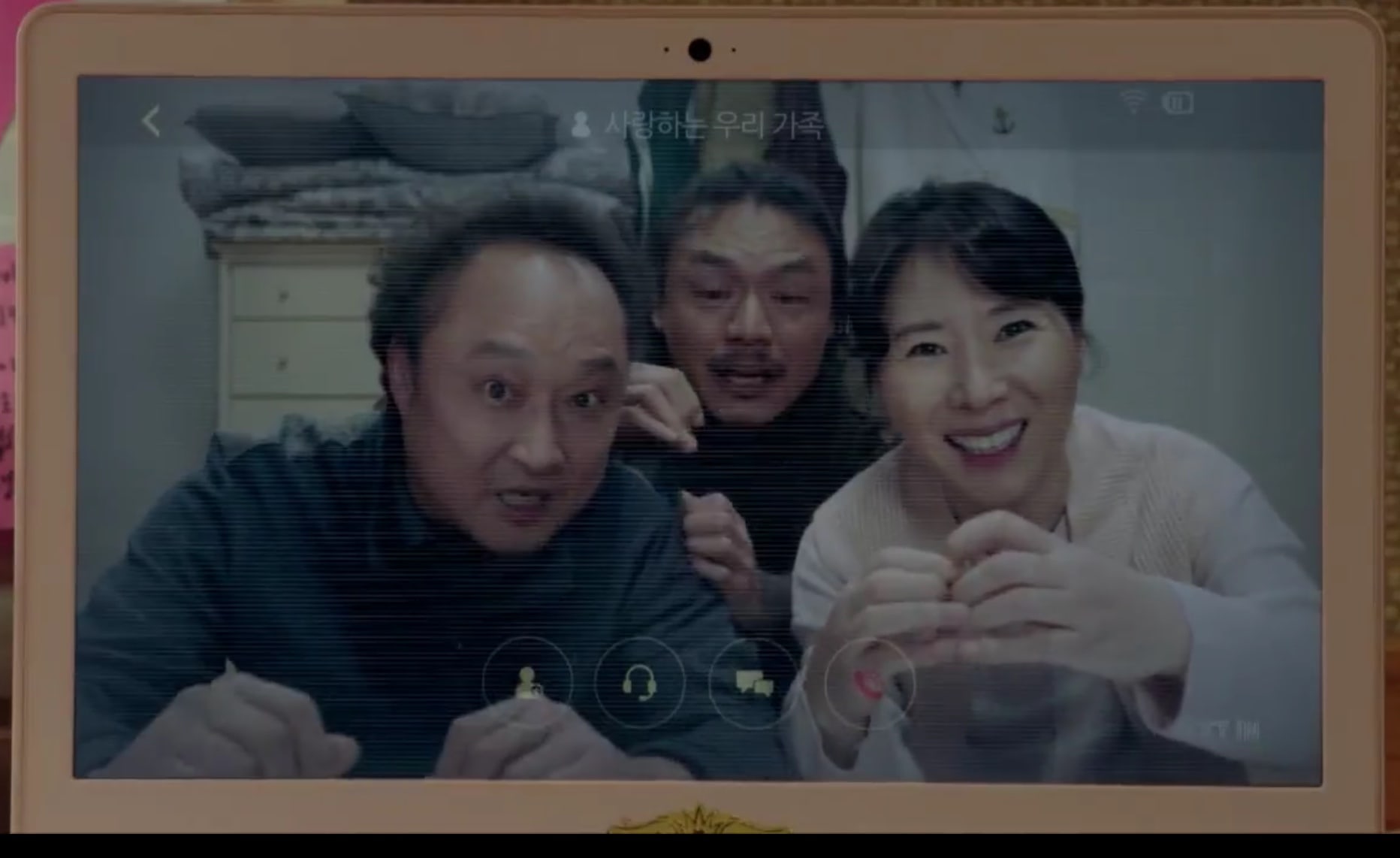 We only see them for a minute during these first two episodes, but when Bo Ra is down and at a loss with her job hunt and lack of money, they are literally the best support unit and such an uplifting presence. They send gift packages of food from back home and sing songs on video call to show their love! It’s sweet that Bo Ra’s grandmother is a source of energy to her and that Bo Ra’s desire to make her family proud is not something that makes her suffer, but rather, something that makes her thrive. 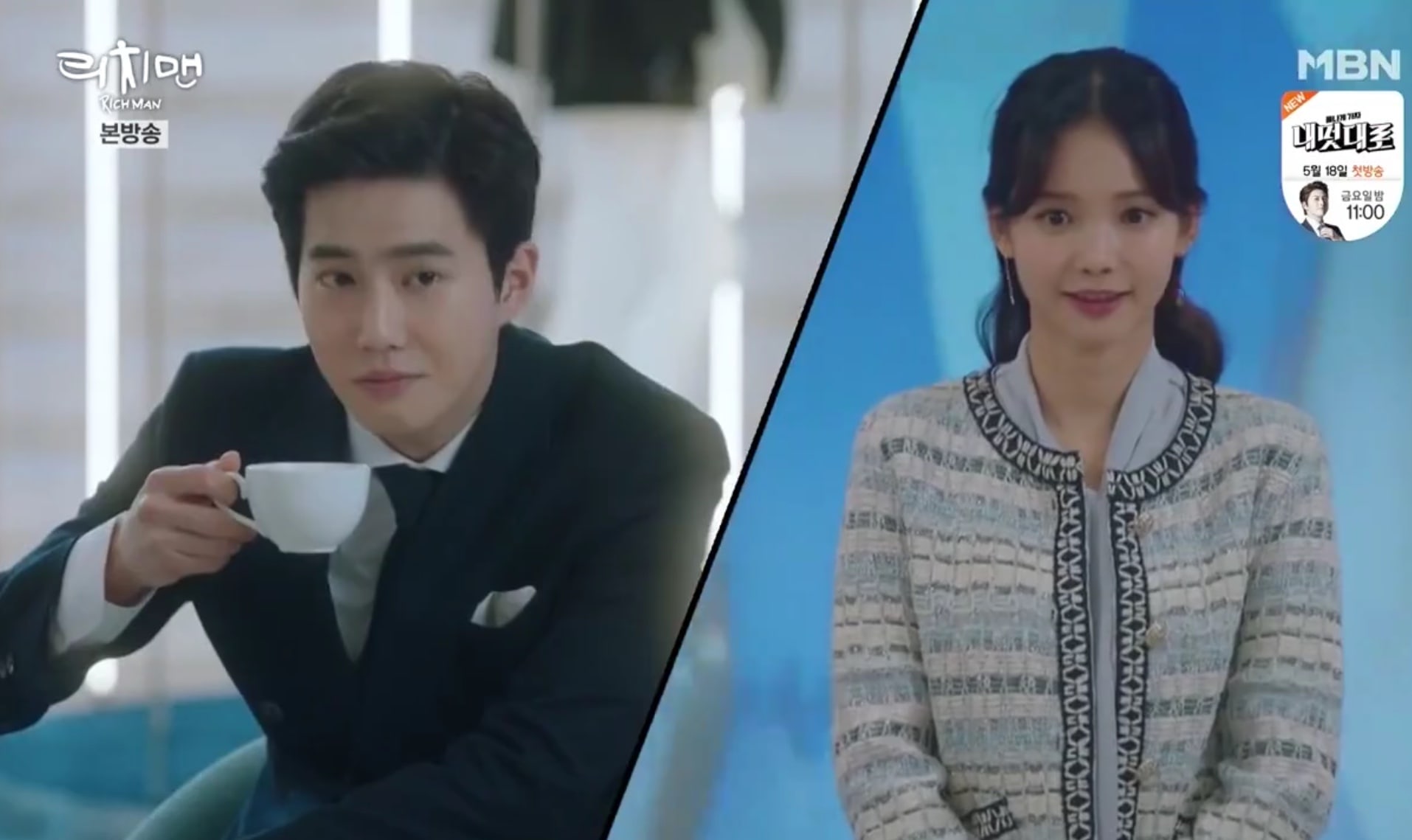 One of my least favorite of the k-drama clichés is when the rich guy kidnaps the poor girl and forces a makeover on her, and this particular case was the worst of all. It’s painted as a romantic moment, like “Cinderella” or maybe “Pretty Woman,” but in reality, it’s kind of controlling because it forces a style (that might not fit the person’s identity) on someone. In this particular makeover, Yoo Chan drags Bo Ra to the store, pours Coca-Cola on her, and then judges her outfits with a steely glare. It’s not exactly what you’d call a romantic moment. Obviously, there is a power imbalance between the two leads here, but for once I’d like to see a poor girl that sticks to her guns or maybe tells the rich guy to go to hell. 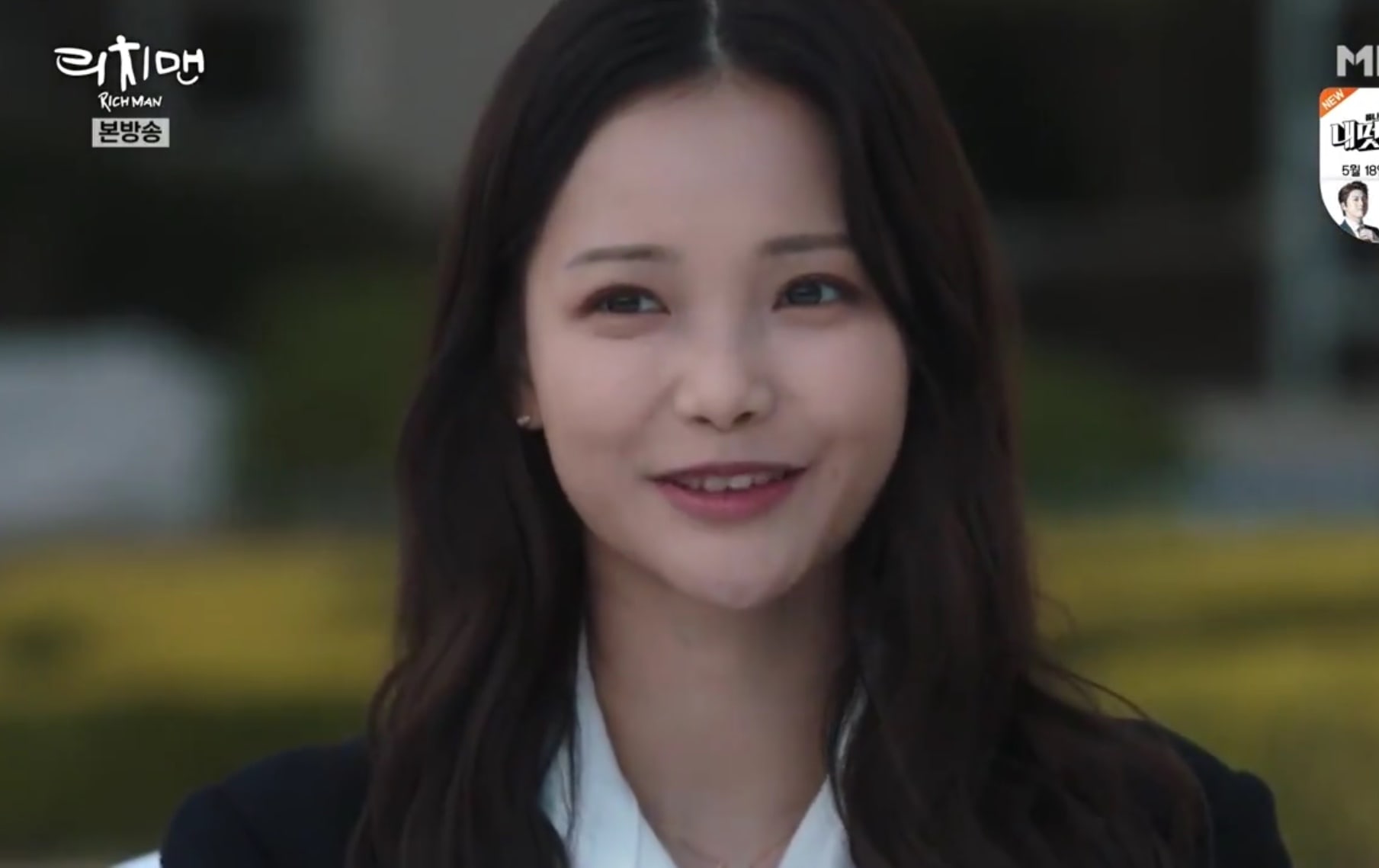 With her memorization skills, Bo Ra is basically a human robot, and it’s awesome that she is able to prove herself during these episodes. Despite Yoo Chan recruiting Bo Ra to memorize their entire pitch for a new digital venture (no pressure), she attends the fancy dinner and pulls it off, passing on all her memorized facts and faces to him. He even seems genuinely impressed with her. Of course, it’s a shame that it all goes down hill when Bo Ra accidentally disses the business woman they are trying to impress by casually bringing up one of her mistakes, but at least she gets a chance to show off her amazing memory skills. You go girl! 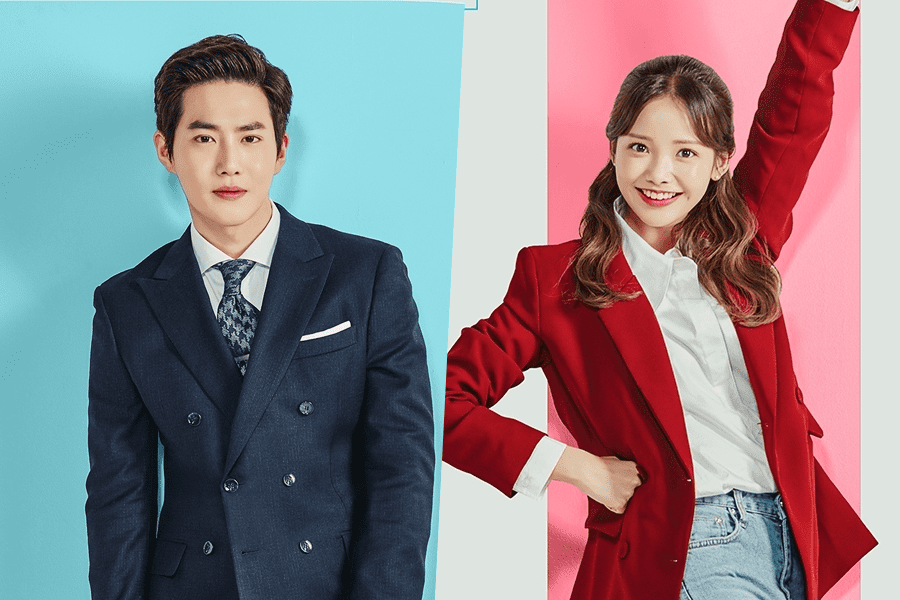 So far, it’s becoming increasingly difficult to like Yoo Chan, but we know where this is going. On the other hand, Bo Ra is a very likable character, and her progression into a badass is what will keep me at the edge of my seat. She’s already gone from quietly looking at her shoes while Yoo Chan berates her during her interview to telling him what she thinks of him and walking out with pride. We’re definitely interested to know what will happen next!

Catch the first episode of “Rich Man, Poor Woman” below!

What do you like about “Rich Man, Poor Woman” so far? Let us know in the comments below!