WINNER and Yoo Byung Jae appeared on JTBC’s “Ask Us Anything.”

On the May 12 episode, the members happily greeted Song Mino, for whom this was his second appearance on the show.

Song Mino looked at Kang Ho Dong and said, “I saw Lee Seung Gi’s episode.” The members commented, “It looks like you lost a lot more weight than your last appearance.” They expressed their concerns and added, “You look like you don’t even have the strength to talk.”

When they asked, “Why did you lose weight?” Song Mino responded, “I watched Lee Seung Gi’s episode and Kang Ho Dong told him that he’s the ‘younger brother that he loves.’ That’s why I lost weight.” 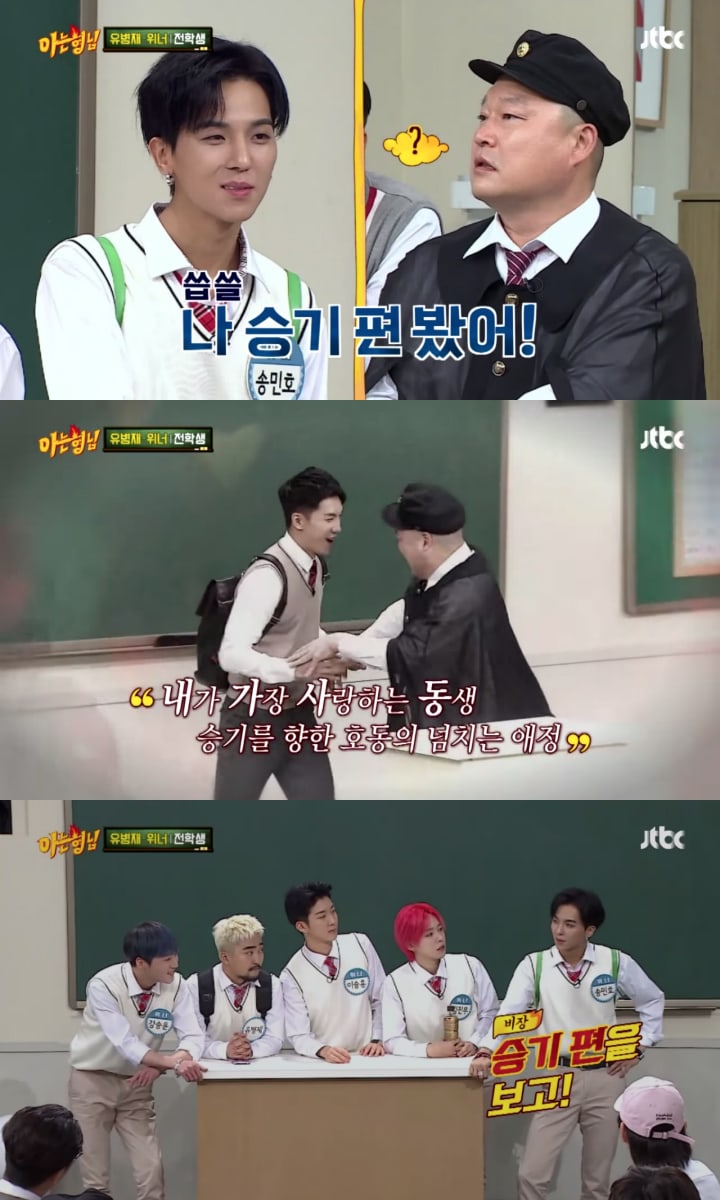 Kang Ho Dong expressed his love for Lee Seung Gi when the actor recently appeared on the show.

The members then named many of Kang Ho Dong’s close “younger brothers” including Super Junior’s Leeteuk, Boom, and said that Song Mino had many mountains left to climb.

WINNER
Song Mino
Knowing Bros
How does this article make you feel?