On the May 12 episode of tvN’s “Amazing Saturday,” the cast of “Do Re Mi Market” attempted to guess song lyrics for food.

One of the mission songs was GOT7’s “Hard Carry,” which came with the prize of braised cutlassfish. The MC, Boom, teased one of the cast members, Shin Dong Yup, by saying that the song belonged to a group with a “special” connection to him, which turned out to be a reference to Jackson’s appearance on “SNL Korea.” 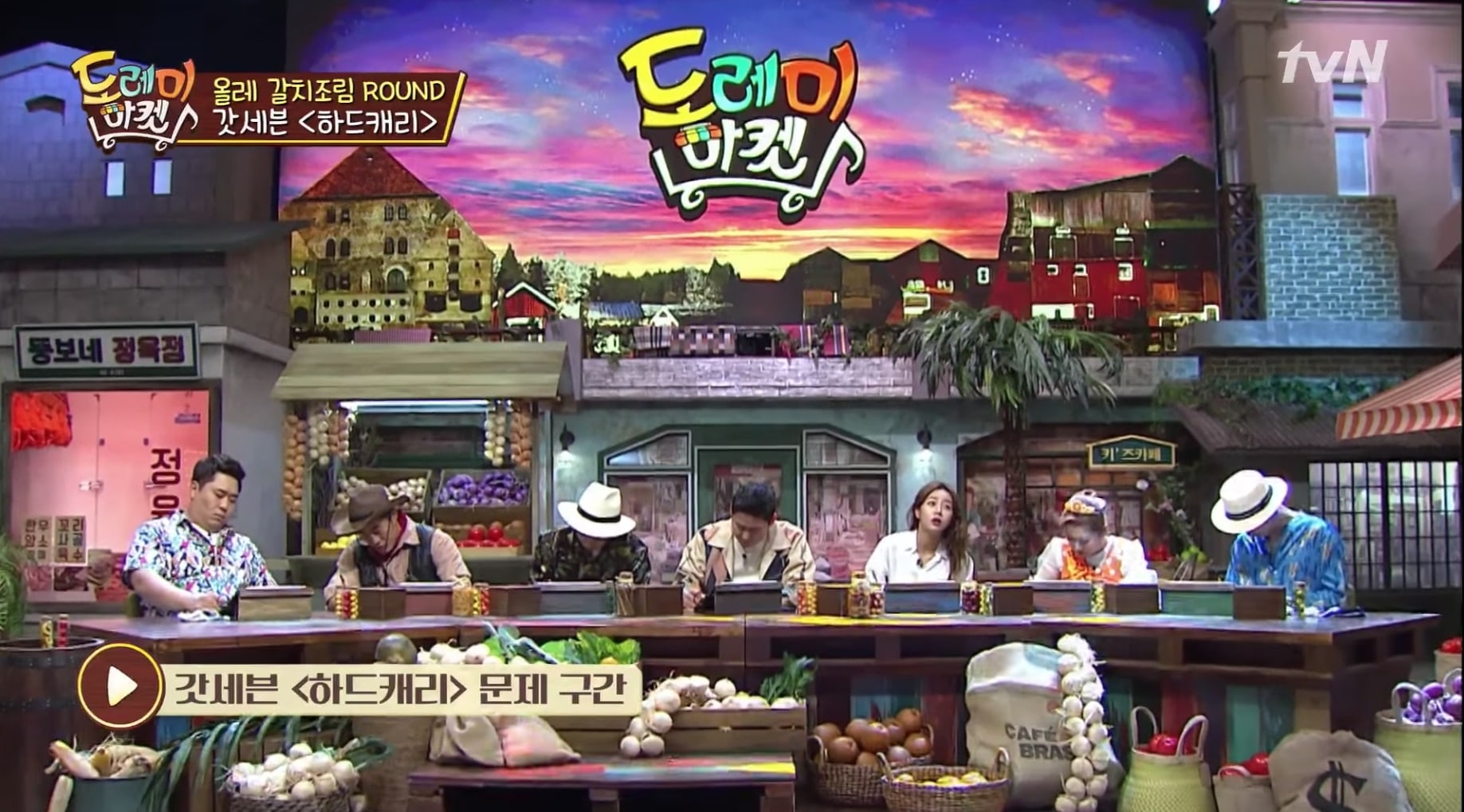 The rap part they were given to write down, however, threw most of the cast off. Hanhae alone had confidence in his memory, but no one believed him. At first, Hanhae was unsure of himself, but later managed to guess the final phrase when nobody else was paying attention. 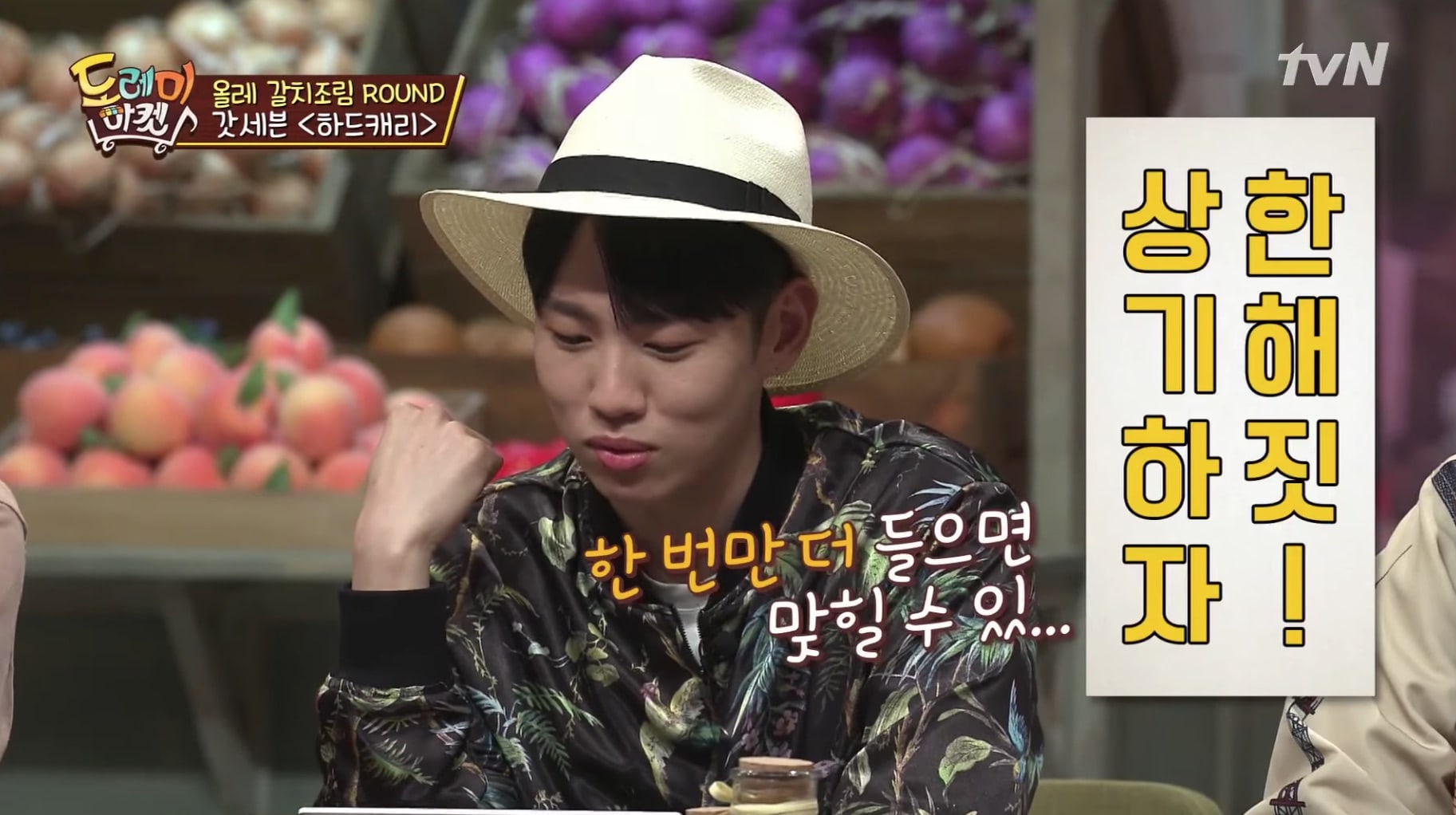 In the end, the cast got three servings of the cutlassfish, thanks to Hanhae!

GOT7
Amazing Saturday
How does this article make you feel?