The new film “Champion” has surpassed 1 million moviegoers just 12 days after its release!

On May 13, film distributor Warner Brothers Korea announced that the total number of moviegoers for “Champion” reached 1,000,204 on May 12 at 7 p.m. KST.

In celebration of the achievement, the actors starring in the film posed for photos while holding up signs thanking moviegoers for helping them reach the milestone. 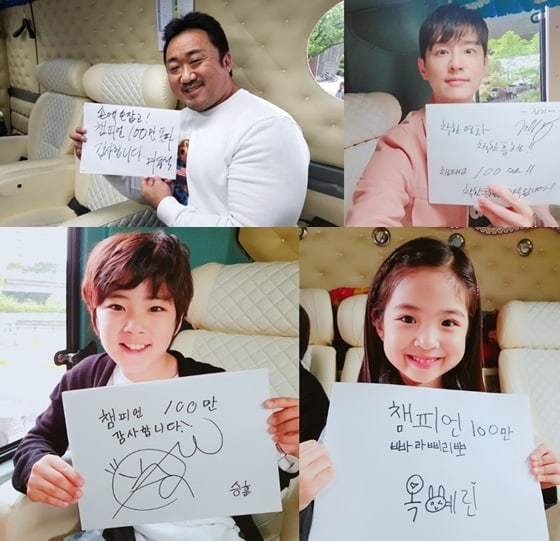 “Champion” is a film about a Korean boy named Mark who was adopted in the United States when he was young. After being persuaded by a deceptive agency, he goes to Korea to enter an arm wrestling competition, where he meets a single mom named Soo Jin.

Congratulations to the cast and crew of “Champion”!