On the latest episode of “Ask Us Anything,” WINNER talked about a frightening experience they had a few years ago!

During the May 12 broadcast of the JTBC variety show, Kang Seung Yoon shared an unsettling story from the YG Entertainment recording studio. He revealed that several years ago, the four members of WINNER had encountered a strange woman that they had never seen before in the studio.

Kang Ho Dong cut in, “I’ve been [to the YG Entertainment building] many times for filming, and the security system makes it impossible for anyone to just enter.” Kang Seung Yoon replied, “Exactly, which is why we were so startled that she was there.” 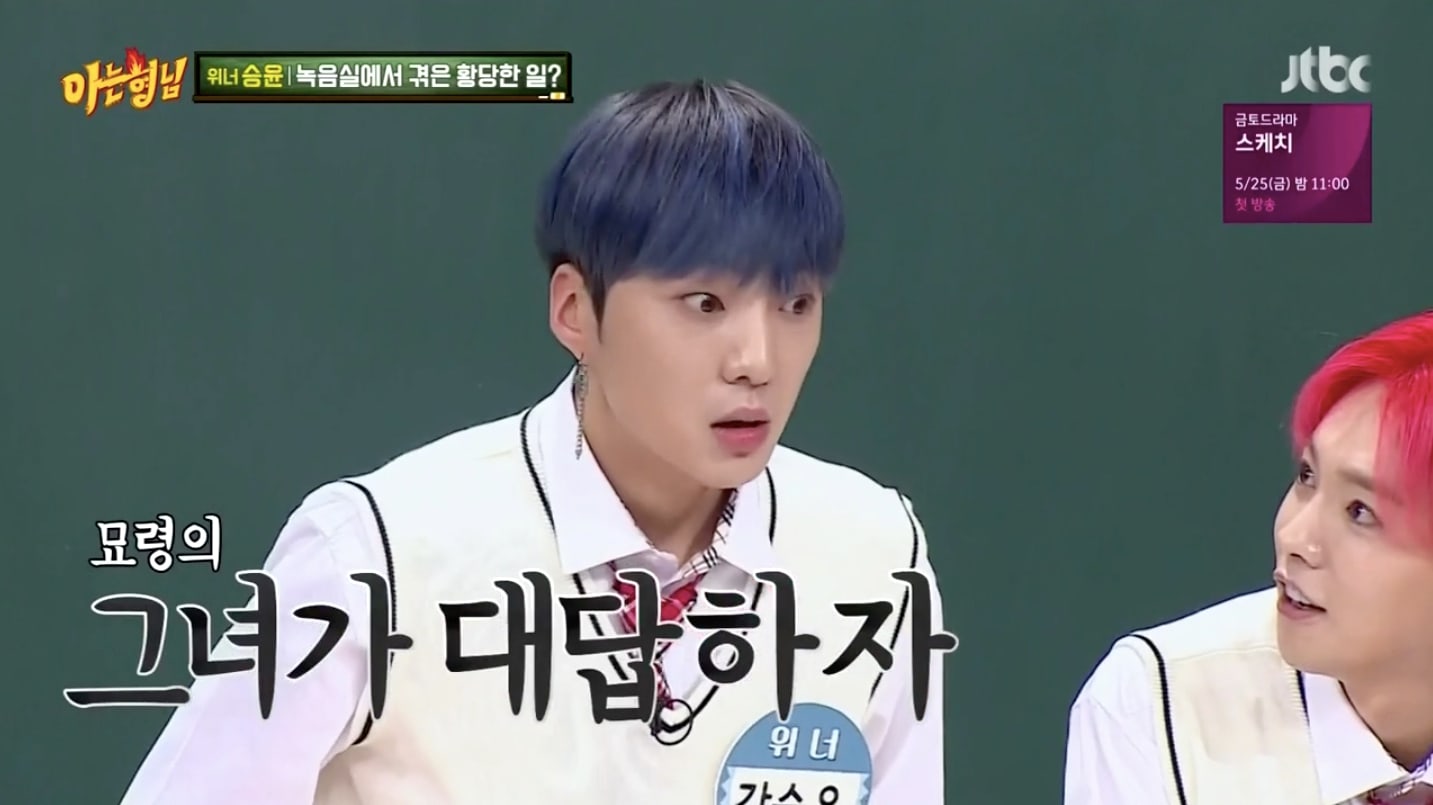 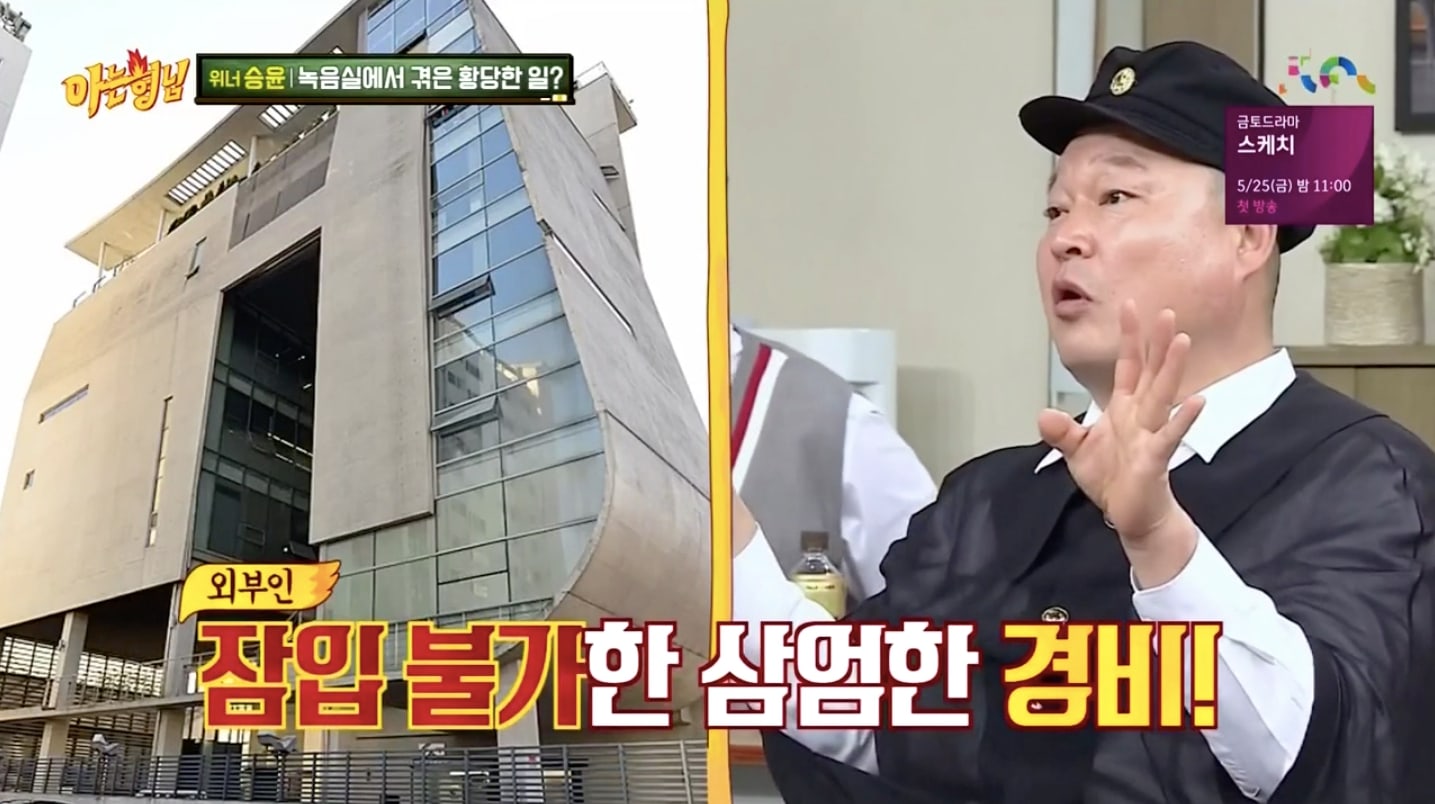 He went on to explain, “We were recording for an album at the time, and there was this woman sitting confidently [in the studio], as if she belonged there.” Song Mino interjected, “For two hours straight.”

Kang Seung Yoon continued, “Since she was acting as though she belonged there, we assumed that she was an employee or a new staff member, so we kept recording. But then it seemed like the other staff members didn’t know who she was either.”

“The really scary thing is that I had to talk to her first,” he recalled. “After a while, I asked her, ‘Who are you?’ She replied, ‘I’m a ghost, so please don’t pay me any mind.'” 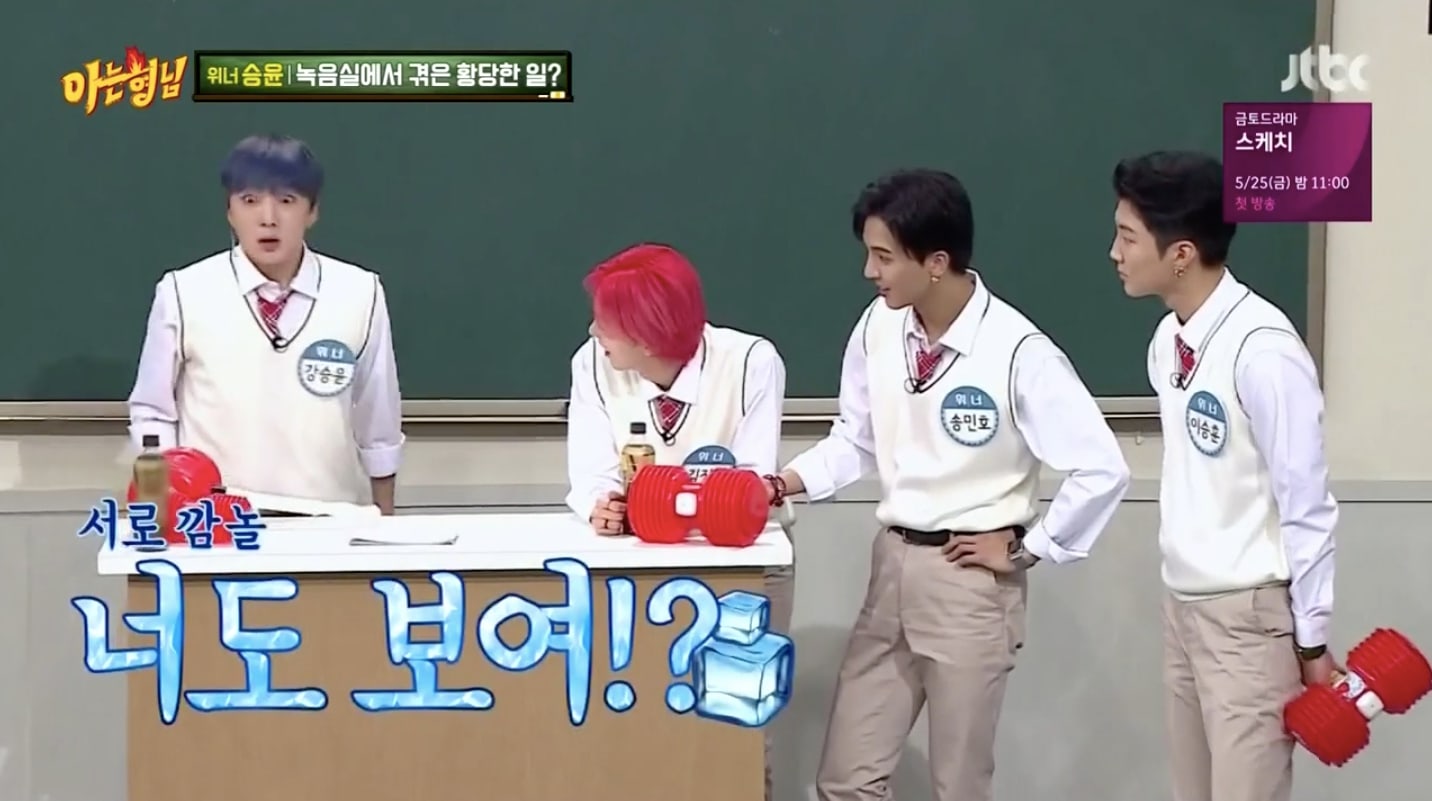 The WINNER leader went on to explain, “We found out later on that she was just an ordinary woman. The [YG Entertainment] staff members use their ID cards to get into the building, and we think that she slipped in while pretending to be a member of a group of employees.”

“In the end, security guards had to drag her out,” he continued, “but what was especially chilling was that up until the very end, there was no change in her facial expression, and she maintained the same ghost-like expression the whole time that she was being dragged out.” 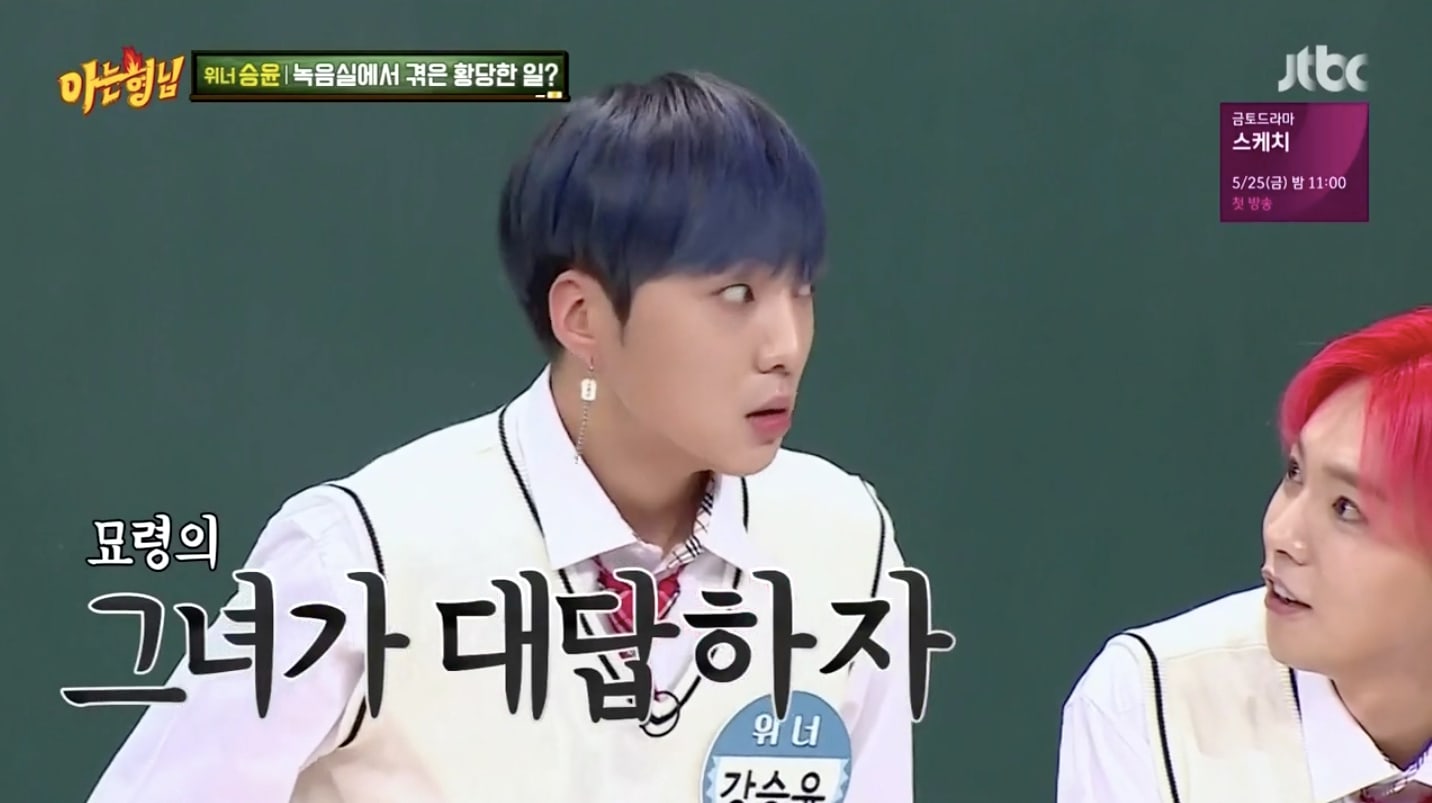 “Looking back on it now,” said Kang Seung Yoon, “even though it was a very frightening and scary experience back then, there’s a saying [in the music industry] that if you see a ghost in the recording studio, your album ends up doing really well. So I wonder if the reason that we had such good results this time around and that ‘Really Really‘ ended up doing so well last year is because that person gave us good luck.”