We’re just a few months away from “Crazy Rich Asians” hitting the big screen! For those of you who have read the books, the excitement probably had you screaming for days.

For others who don’t know too much about “Crazy Rich Asians,” this film is a book adaptation. Yes, that’s right! It is a book from a trilogy that follows a couple comprised of an Asian American woman and a man who some would consider Singaporean royalty. Although it seems as if it’s just a trip back home for Nick Young to attend his friend’s wedding, it turns out to be an adventure of a lifetime for his girlfriend, Rachel Chu. She sees the life Nick leads in Singapore which is full of designer clothing, fancy cars, and family drama. Some of that family drama includes tiger mom disapproval, unfaithful marriages, and much more.

With the anticipation of the movie, there are some other things we glanced from the trailer that got us excited. Like…

Awkwafina on the big screen!

Awkwafina is an Asian American rapper/comedian/television personality/actress who is set to play Peik Lin in the film. 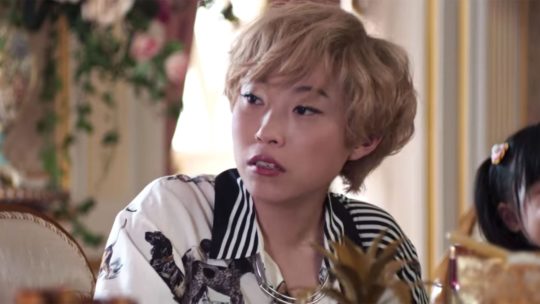 Peik Lin is Rachel’s friend and ally in Singapore who helps her learn her way around this new world she has entered. We can’t wait to see how she takes on the role since she’s pretty awesome and full of: 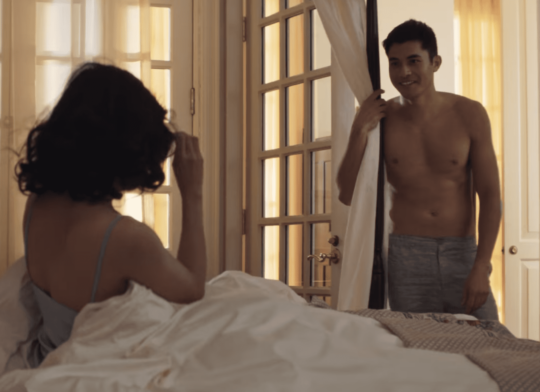 The trailer gave us just a tiny glimpse of the topless we will be seeing, but it definitely has us craving for more…

Kinda similar to these, we hope?

And it’s no doubt that the trailer has some chaebol vibes, which means there’s gotta be… 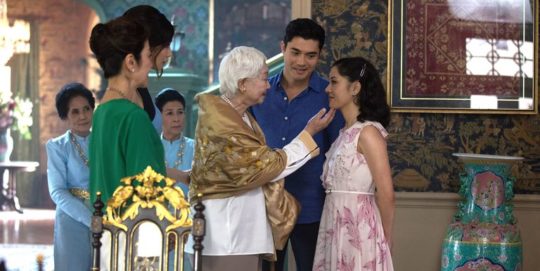 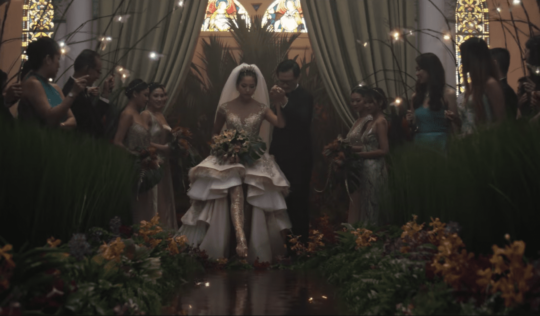 These sets are absolutely magnificent and got us shook!

But we all know from K-drama world that every chaebol story has that one woman who doesn’t seem to want the happy couple to survive. And for “Crazy Rich Asians” that’s… 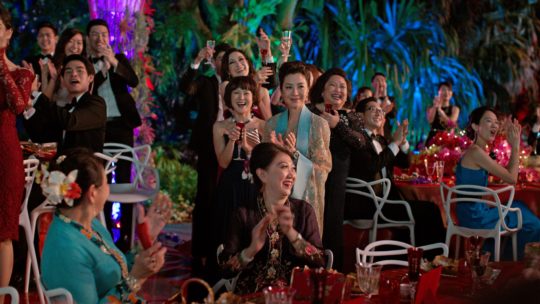 Her disapproval of the woman for her son reminds us of some K-drama moms, doesn’t it? We’re most likely going to hear her say things like “you’re never going to be good enough for my son,” “what do you mean your mom is just a commoner,” and “I can’t believe she wore THAT.”

Lastly, we can’t NOT talk about

It’s pretty rare for us to see Asian Americans on screen and if so, they’re usually playing stereotypes that can be inaccurate, misleading, and damaging to how people perceive Asian Americans. So, this movie is a huge step for Hollywood to have an all Asian/Asian American cast since “The Joy Luck Club” 25 years ago. While it isn’t perfect, it is a step in the right direction and will hopefully lead to more representation! It was exciting to see a novel written by an Asian American about Asian Americans, and now it will come to life on the big screen!

For those of you who haven’t seen the trailer, here it is:

We absolutely can’t wait for “Crazy Rich Asians”! How are you feeling? Let us know in the comments below.

amycwang93 loves eating, sleeping, and reading. She hasn’t stopped listening to BTS’s new album “Love Yourself:Tear” since it came out!

Soompi Spotlight
Crazy Rich Asians
How does this article make you feel?