Youth Dramas Filled With Romance: What To Watch If You Liked C-Drama “The Big Boss”

Chinese drama “The Big Boss” is a pleasant surprise as a school and youth drama. The lead Ye Mu Xi (Eleanor Lee) is a lively and eccentric character who gets herself into hilarious school situations and deals with the daily struggles of being a teenager and her revenge on Dan Yi (Huang Jun Jie), a childhood enemy. Her stories are told with a fun spin, and I appreciate the direction this drama went as the comedy aspect allowed for an entertaining interpretation of school and life as a teenager. In fact, it’s been amazing to see the diversity of youth and school dramas in Chinese dramas. Some choose to focus on funnier and lighter aspects while other dramas take a more sentimental route. Whatever the case, here are some youth and school dramas to check out for those who are experiencing some drama withdrawal right now!

For the love of fluff 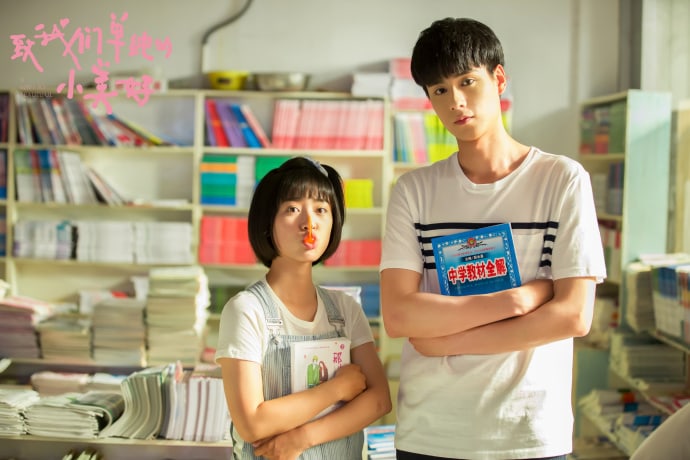 If you’re aching for more romance-focused school dramas, “Love O2O” and “A Love So Beautiful” are light-hearted works revolving around romance with a school as the setting.

“A Love So Beautiful” offers the opposite character dynamics to “The Big Boss.” Xiao Xi (Shen Yue), the plucky lead, makes great efforts to pursue Jiang Chen (Hu Yi Tian), so instead of trying to crush and take revenge on the male lead like Ye Mu Xi aims to do in “The Big Boss,” Xiao Xi does whatever she can to let Jiang Chen know how she feels towards him, which makes for an incredibly cute and endearing story of how they become a couple.

Catch the first episode of “A Love So Beautiful”: 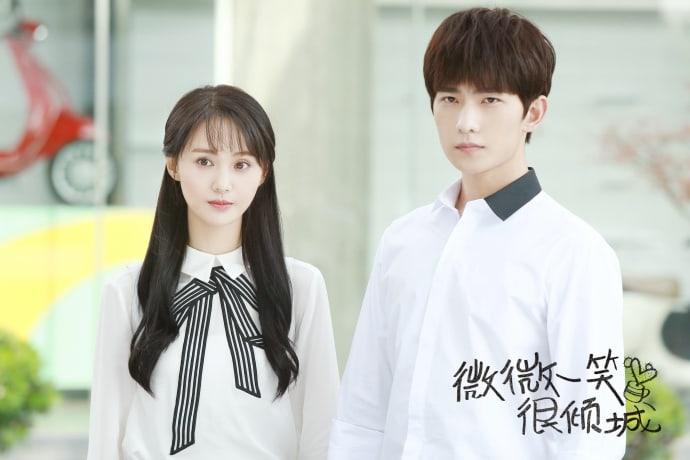 “Love O2O” moves away from the high school level into college, so if you’re looking for a more mature cast of characters, this one is a suitable choice. The leads both happen to be gorgeous, intelligent, and most of all, huge fans of games! Drama fans who also love games will be excited to watch this drama as the romance starts off when the two leads get married in the game they play and eventually meet on their school campus. This aspect of the drama is a great addition because it does well in melding the gaming world with Wei Wei (Zheng Shuang) and Xiao Nai (Yang Yang)’s budding romance as they go from a married relationship online in the game to meeting offline on campus!

For the love of melodrama

Rush to the Dead Summer

“Rush to the Dead Summer” starts off with a cute and shy romance between the two leads Li Xia (Zheng Shuang) and Fu Xiaosi (Cheney Chen). This drama, unlike the other school dramas, focuses more heavily on what happens after graduating high school. As the drama follows the lives of these youths as adults, melodrama takes the center stage and veers into a soapy plot. The high school portion of this drama is my absolute favorite because it deals with the topics of losing a parent and drifting friendships and takes viewers through an emotional ride of the difficulties of coming to terms with these situations.

For the love of relatable school memories 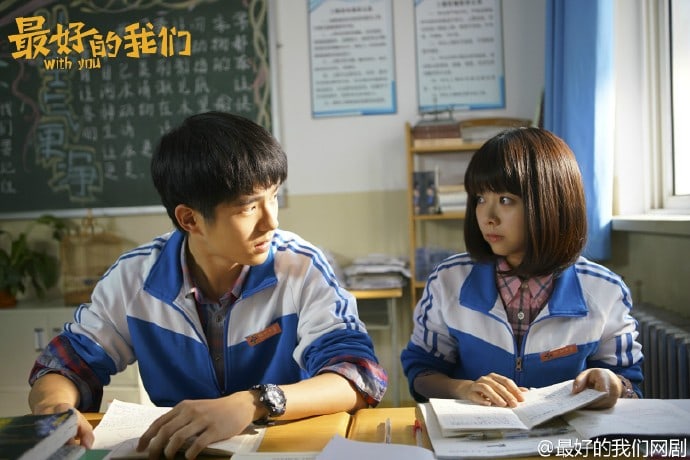 Similar to “The Big Boss,” this school drama has subtle romance. While “The Big Boss” focuses on Ye Mu Xi’s tales as the class president in a comedic manner, this takes a more serious focus on the day to day school lives of students who study for their exams, make lasting friendships, and endure the hardships and anxiety of what happens after high school. The drama starts off with a similar character relationship of Geng Geng (Seven Tan), a not-so-bright girl who befriends one of the top students of the school, Yu Huai (Liu Hao Ran). Geng Geng gradually puts her all into it and improves her grades steadily, and I already appreciated the fact that this drama chose to show her develop in her academics. The drama goes even further to showcase the harsh reality of how even the most successful students in high school can falter and that success in high school does not necessarily translate into success outside. 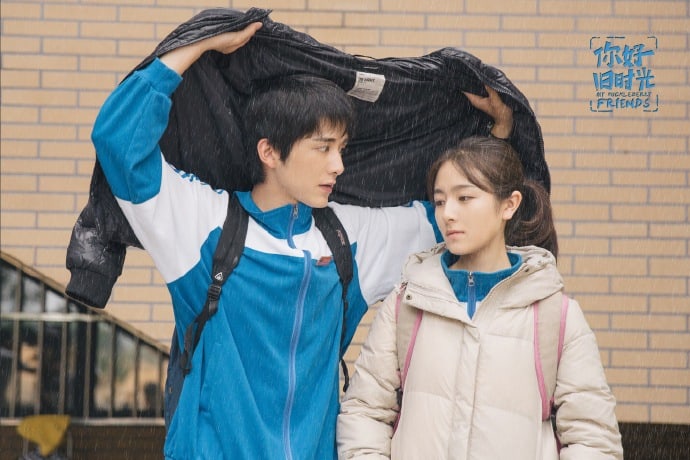 “My Huckleberry Friends” is a drama closely related to “With You” as they are set in the same universe. This drama, however, focuses more heavily on romance compared to the latter. If you liked the childhood friends pairing from “The Big Boss,” this drama also stars the main leads Yu Zhou Zhou (Landy Lin) and Lin Yang (Steven Zhang) as childhood friends. It covers a rich history and deep storylines of loss, love, academic achievement, and the relationships between parent and child. The highlight of this drama has to be the complexity of the relationships formed and how every character in this universe has their own importance and weight in depicting the growing pains of youth. This is especially true for Mi Qiao (Li Qian) and Ben Ben (Zhou Cheng Ao), who grow into their maturity early on because of their own personal circumstances.

Catch the first episode of “My Huckleberry Friends” below: 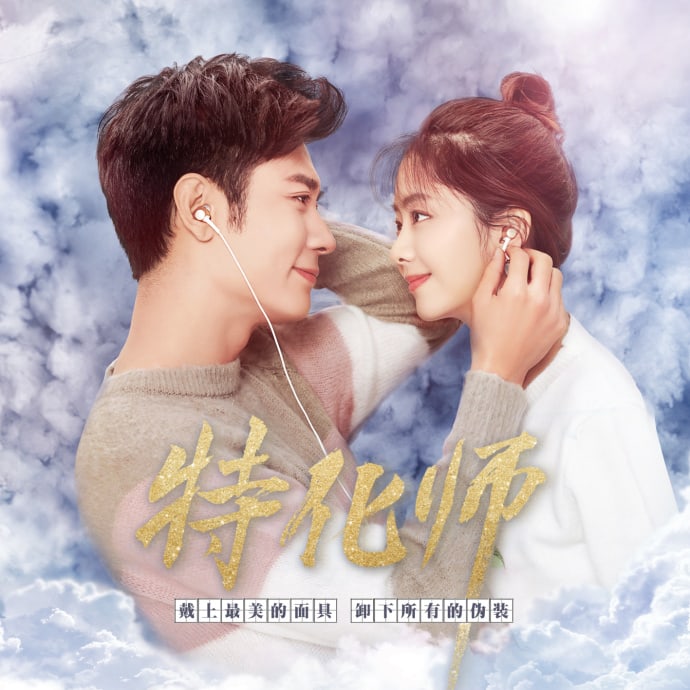 While “Face Off” doesn’t exactly fit the school and youth category, it does share some similarities to “The Big Boss”! If you were a fan of Ye Mu Xi’s weird imagination and inner thoughts being acted out in the drama, “Face Off” employs the same kind of humor for the main character Chen Zhen (Tan Song Yun).

Catch the first episode of “Face Off” below: 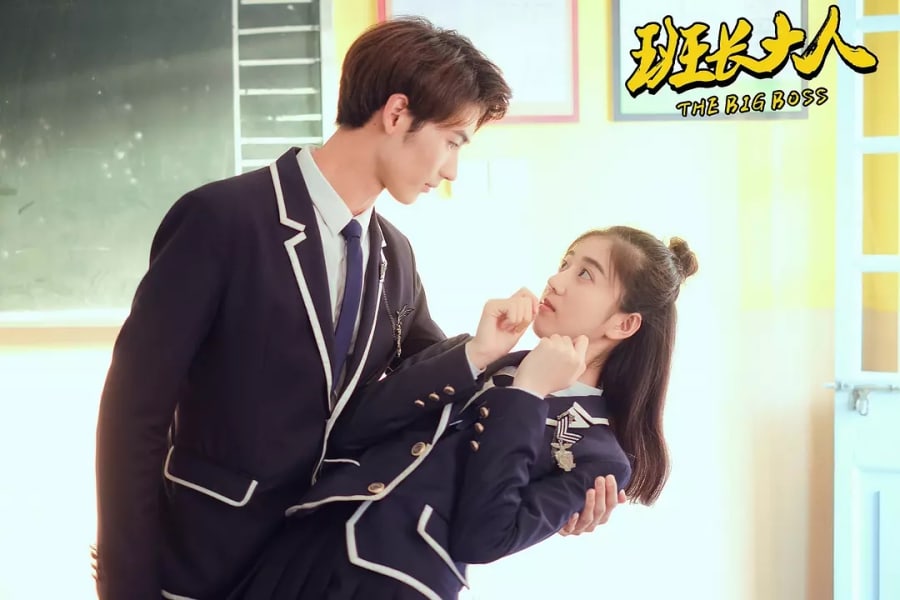 School and youth dramas are definitely a genre that those interested in Chinese dramas should check out. These dramas almost never fail to leave wonderful insights on what it means to be a student and how grueling at times it is to transition out of school. Plus, they also produce some of the cutest drama pairings with heart-fluttering and cheesy scenarios.

Catch the first episode of “The Big Boss” if you haven’t already!

Soompiers, which school and youth drama would you recommend to fellow viewers? Let us know in the comments below!

Currently watching: “Wok of Love”
Looking forward to: “The Rise of Phoenixes,” “Meteor Garden 2018,” “Pillowbook,” and “My Story For You”

Soompi Spotlight
Face Off
With You
Love O2O
A Love So Beautiful
My Huckleberry Friends
The Big Boss
Rush to the Dead Summer
How does this article make you feel?