Moonbyul has unveiled a dreamy new concept photo for her upcoming solo debut with “Selfish”! 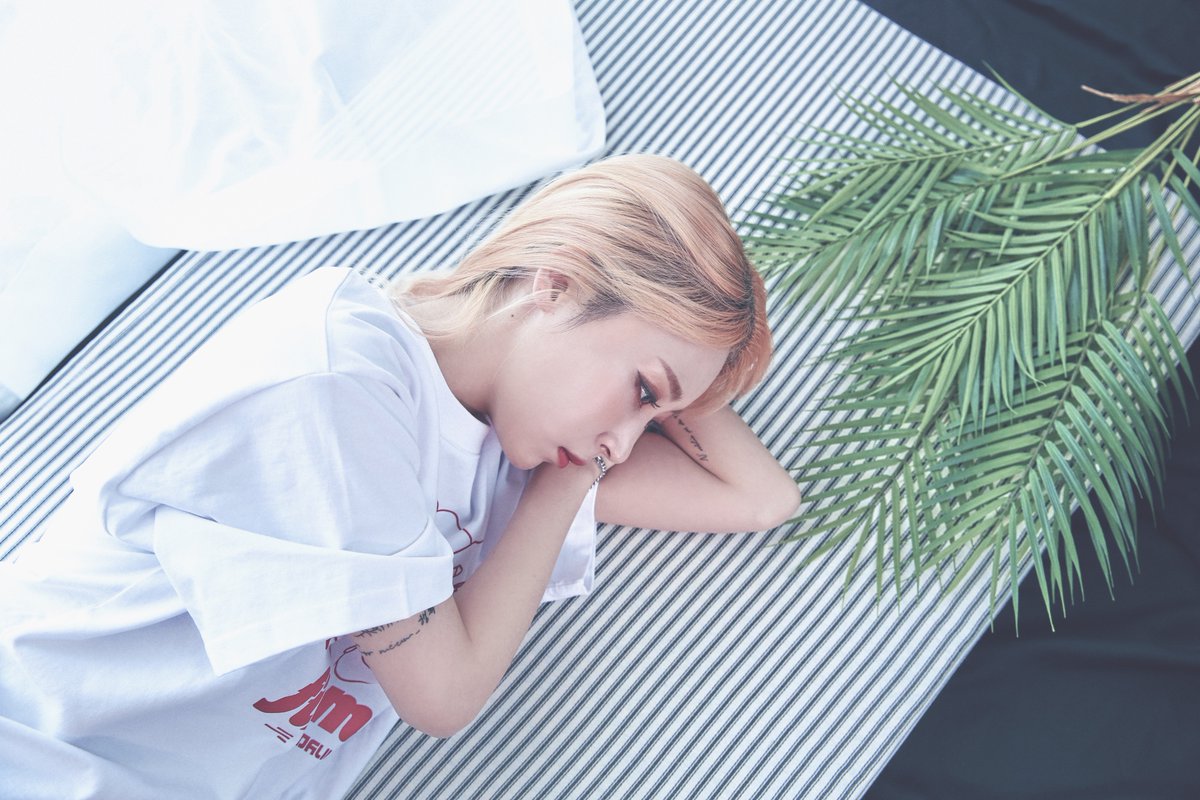 Moonbyul has released a new teaser for “Selfish!”

The video shows Moonbyul filming the music video for the title track off her upcoming solo debut album. As the camera follows her around during her busy schedule, the idol talks about approaching a more hip-hop musical style, how she prepares for her comeback, and meets up with Red Velvet’s Seulgi (who is featuring on the track). In one scene, MAMAMOO leader Solar comes to visit Moonbyul as well!

A new teaser has been released for Moonbyul’s solo debut, which includes Red Velvet’s Seulgi! Seulgi is featuring on Moonbyul’s title track “Selfish.” 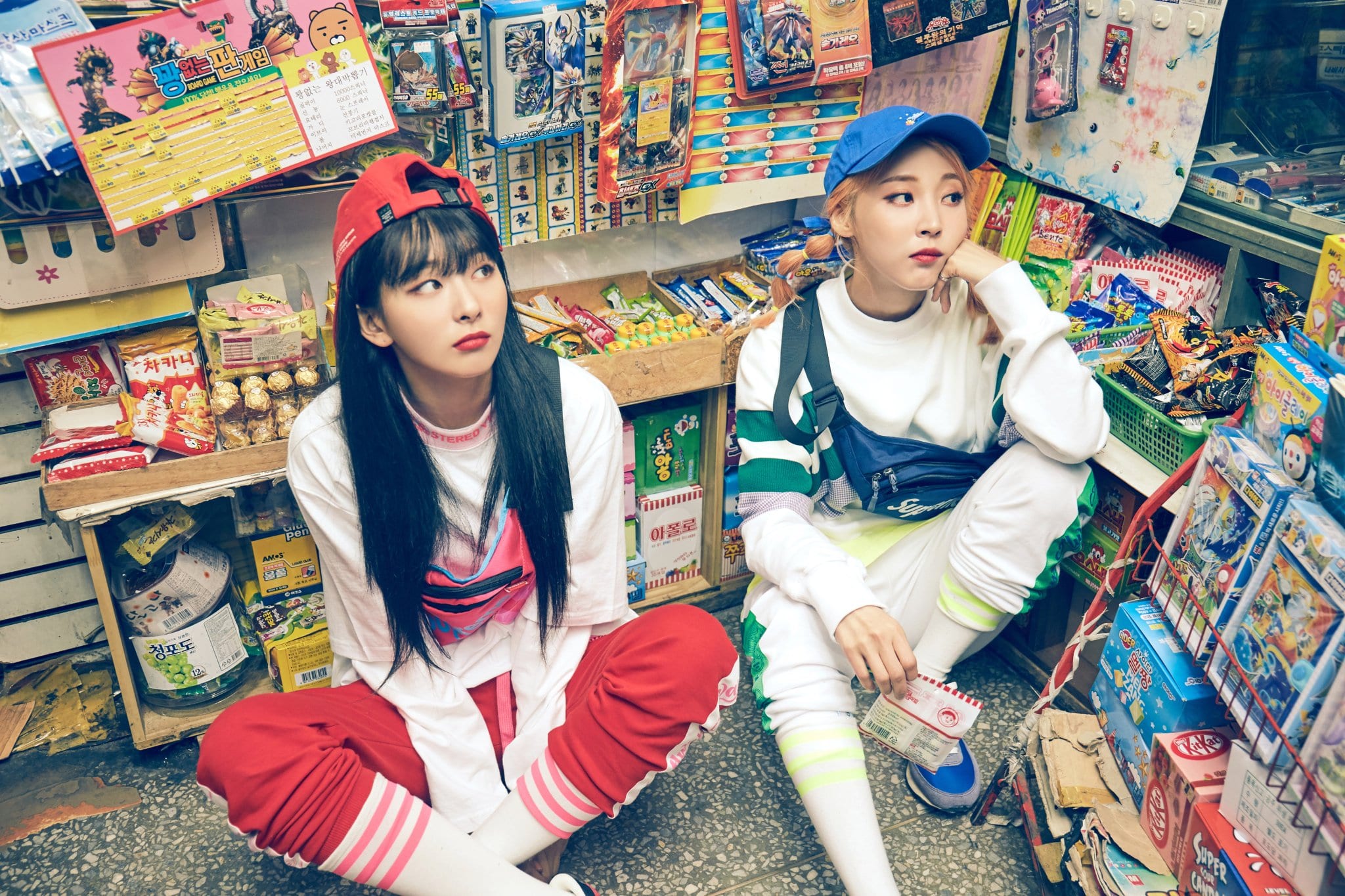 Moonbyul has revealed a fun teaser for her solo debut with “Selfish,” featuring her corgi Daebak!

Moonbyul has now shared a track list for her solo debut!

Her new release will include the title track “Selfish,” which features Red Velvet’s Seulgi, as well as two more songs. One of the tracks is an acoustic version of her solo song “Love & Hate” from MAMAMOO’s 2017 mini album “Purple.” 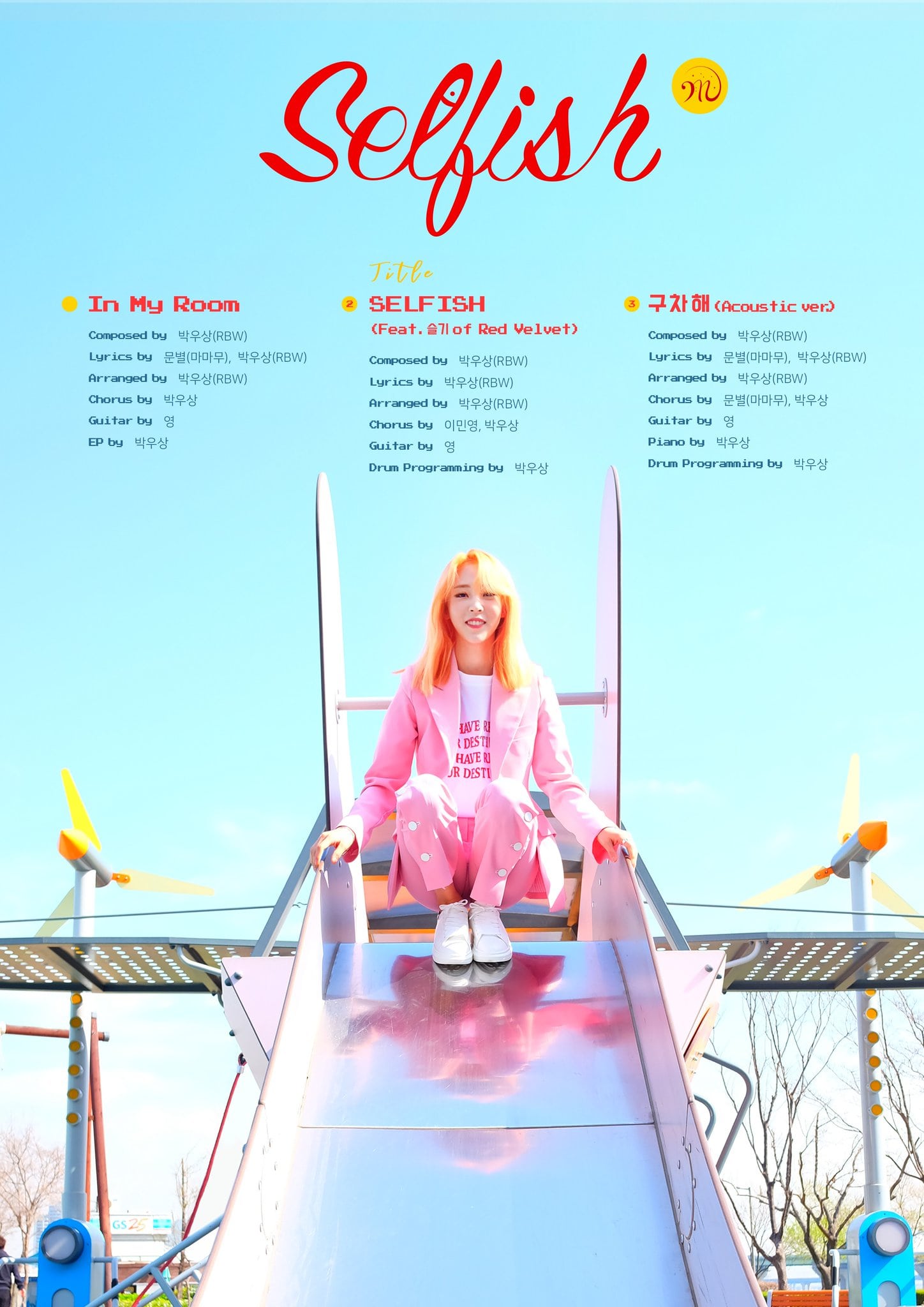 MAMAMOO’s Moonbyul has given an update on her upcoming solo debut!

On May 16, RBW announced that Moonbyul is releasing her first solo album “Selfish” on May 23.

“This is her first solo album since debut, so she is trying her best to show a different side of herself. Please look forward to it,” the agency commented.

Moonbyul is said to have participated in the rap making of all the songs on her upcoming album. As previously revealed, she filmed a music video last month with Red Velvet’s Seulgi.