On the May 16 episode of JTBC’s “Let’s Eat Dinner Together,” WINNER’s Song Mino and Jinwoo appeared as guests, attempting to eat dinner with strangers.

While in front of the convenience store, a car suddenly stopped in front of them, and Red Velvet jumped out of the car, surprising Kang Ho Dong and Song Mino. They excitedly explained, “We were on our way home from a shoot and we saw you guys filming! We turned our car around to say hello.”

The Red Velvet members congratulated Song Mino on WINNER’s comeback. In turn, he shyly showed them the key dance move to “Everyday.” 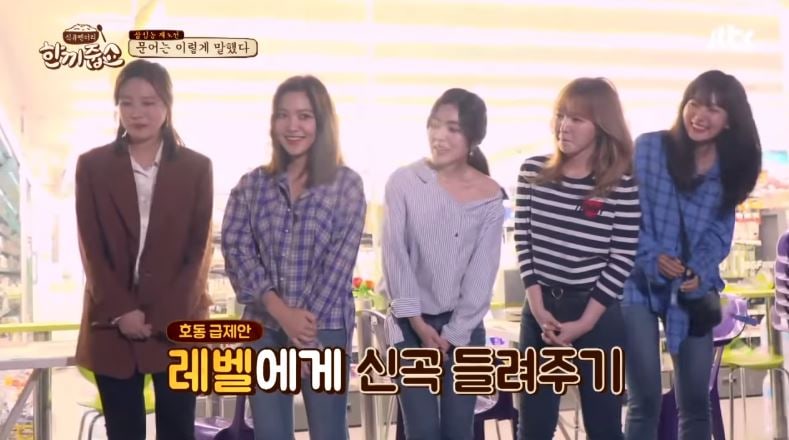 Kang Ho Dong then video called Lee Kyung Kyu and interviewed the son of the family they were eating dinner with. When asked which girl group he liked the most, the son shouted, “[Red Velvet’s] Irene!” Kang Ho Dong then showed the phone to Irene, who said hello, making the son yell and laugh speechlessly in happiness. The son finally said hello to Irene and told her he was a huge fan. 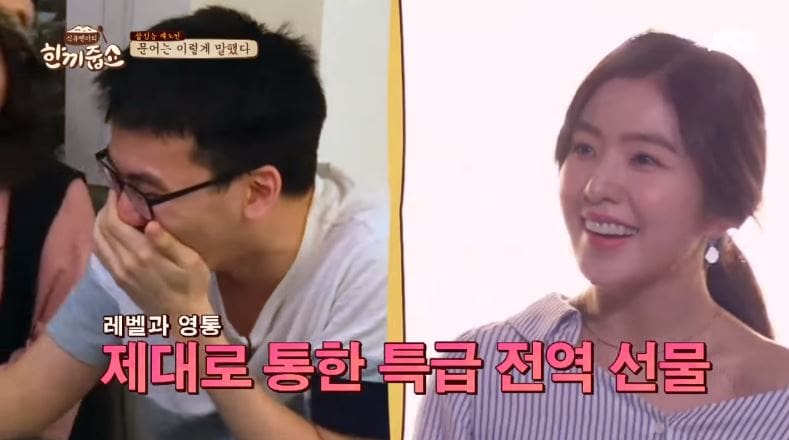 Watch Song Mino teach the Red Velvet members how to dance to “Everyday”!

Watch Irene surprise a fan below!