On the latest episode of JTBC’s “Let’s Eat Dinner Together,” WINNER’s Song Mino made history by becoming the first guest to fail twice on the show!

“Let’s Eat Dinner Together” is a reality show that follows celebrities as they wander the streets of a specific neighborhood in search of someone who will let them into their home and offer them a meal. After failing to find someone who would invite him in for a meal during his appearance on the show last year, Song Mino returned for a second try this year with fellow WINNER member Kim Jin Woo in tow.

On the May 16 episode of the show, Kim Jin Woo fortunately managed to find a generous family who was willing to take him in for a meal. However, in spite of Song Mino’s valiant efforts, his second attempt at the show’s mission proved just as unsuccessful as the first.

Host Kang Ho Dong, who was Song Mino’s partner for the day, did his best to comfort the WINNER member after he failed for the second time. Pointing out that BTS’s Jungkook had also failed his own mission in the exact same neighborhood, Kang Ho Dong told Song Mino that he and Jungkook had sat in precisely the same spot outside the same convenience store after their failure.

“Back then, I sat here,” said Kang Ho Dong, “and Jungkook sat where you’re sitting now.” 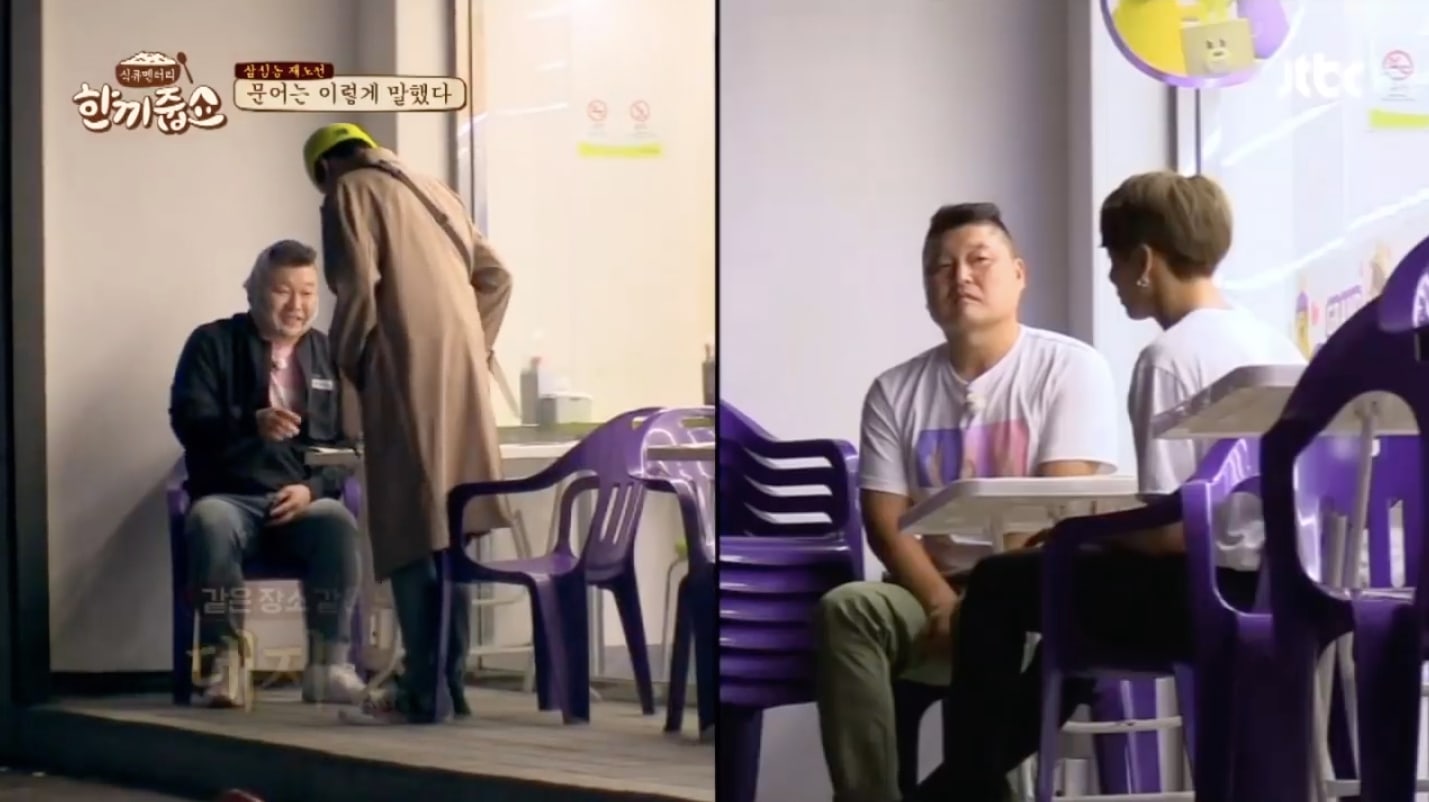 The two stars then took the opportunity to talk about life and Song Mino’s future goals. When Kang Ho Dong asked him about his dreams, the WINNER member replied, “I want people to be consistently curious about me and to look forward to what I have in store. I want to make them curious and wonder, ‘What does he have coming up next?'”

Kang Ho Dong jokingly responded, “If that’s the case, then I think today was not a failure, but rather a success. I think you’ve definitely made people curious to know, ‘If he appears on the show another time, will he fail again? Will he be able to succeed next time?'” 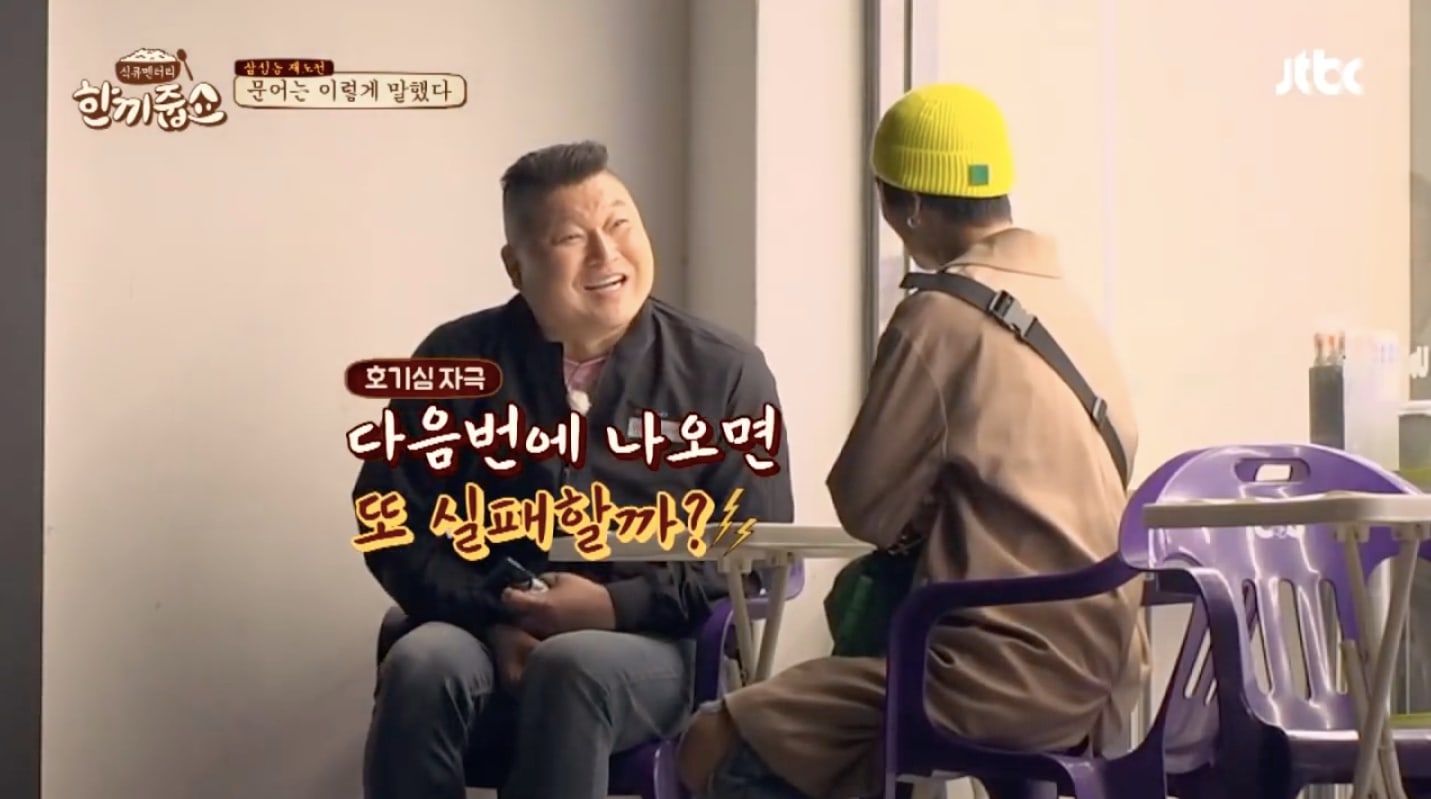 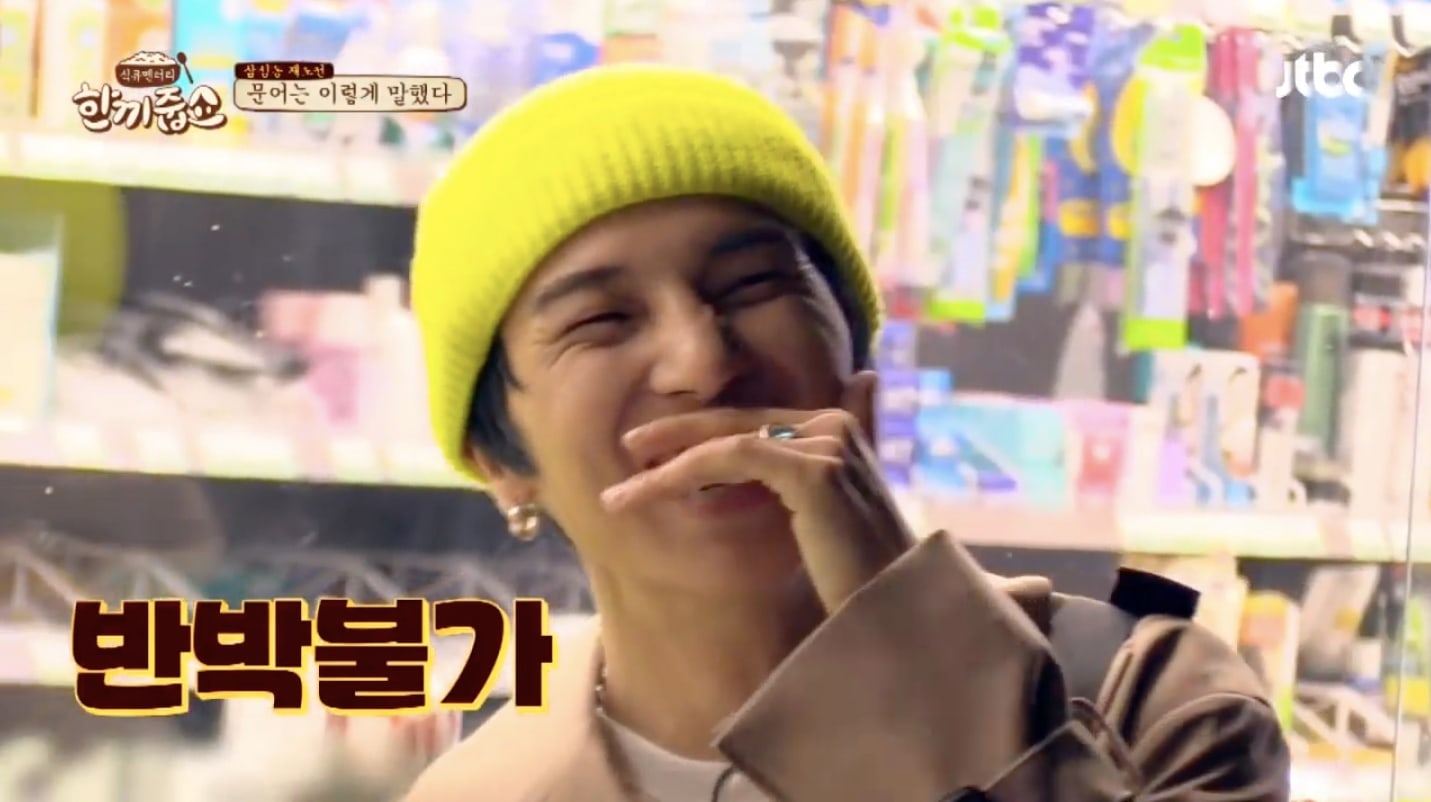 Would you invite Song Mino into your home for a meal? Leave your thoughts below!