Gaon Chart has revealed its chart rankings for the week of May 6 to May 12!

Loco and MAMAMOO’s Hwasa’s hit collaboration “Don’t” continued its winning streak at the top of the overall digital chart and the streaming chart, claiming first place on both charts for the third consecutive week. Nilo’s “Pass” also remained at second place on both charts, while TWICE’s “What is Love?” claimed fifth place in both rankings. 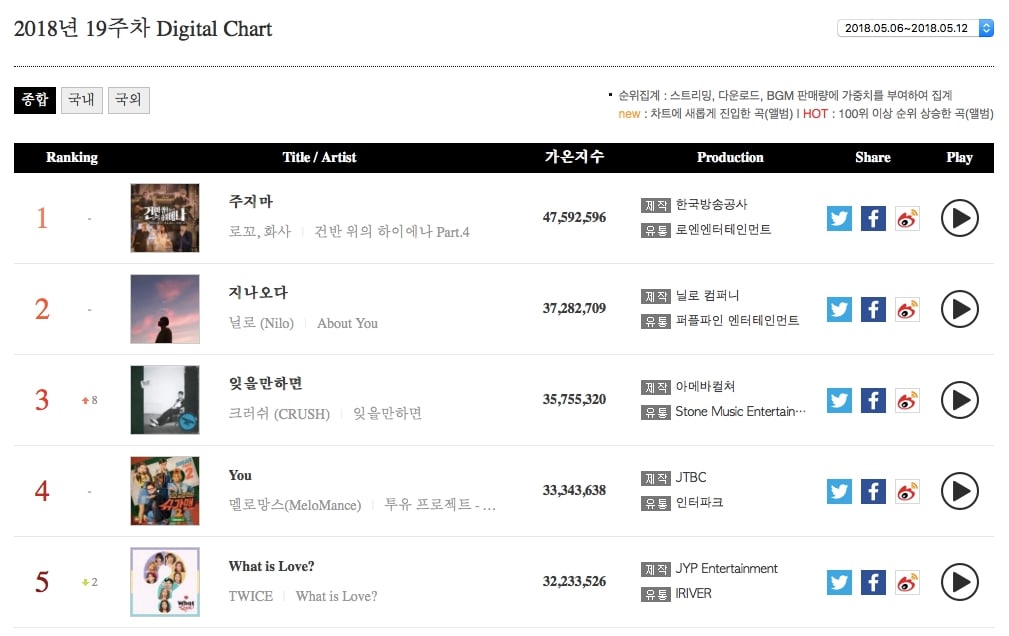 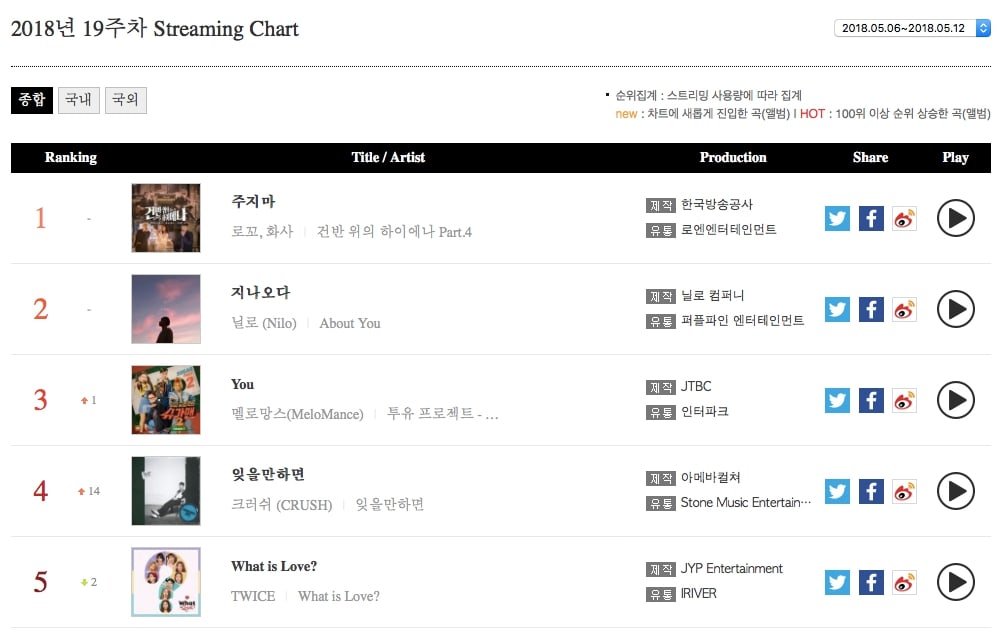 GFRIEND’s “Time for the Moon Night” also maintained its position at the top of the download chart for the second week in a row. Crush’s “Bittersweet” followed at No. 2 in the rankings, while Loco and Hwasa’s “Don’t” came in at No. 3.

Highlight’s Yong Junhyung’s new solo track “Go Away” debuted on the download chart at No. 4 this week, while MeloMance’s “You” rose to No. 5. 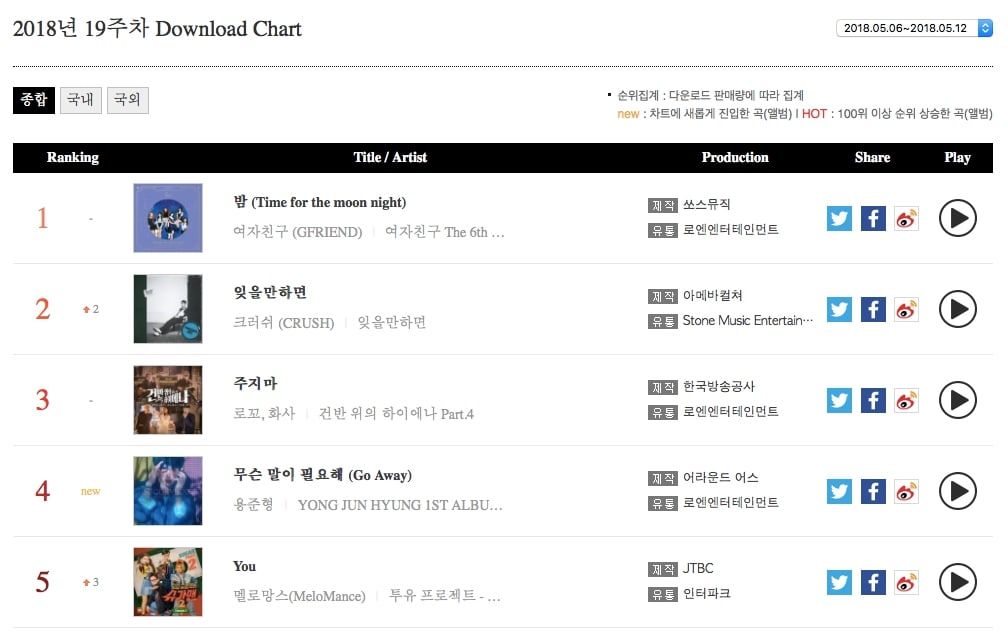 Teen Top’s new mini album “Seoul Night,” featuring the title track of the same name, topped the album chart for the week. The physical album chart was dominated by new releases, with Yong Junhyung’s “Goodbye 20’s” and DreamCatcher’s “Escape the ERA” claiming No. 2 and No. 3 on the chart respectively.

Hwang Chi Yeol’s “Be Myself” came in at No. 4 in this week’s rankings, with MONSTA X’s “The Connect” following at No. 5. 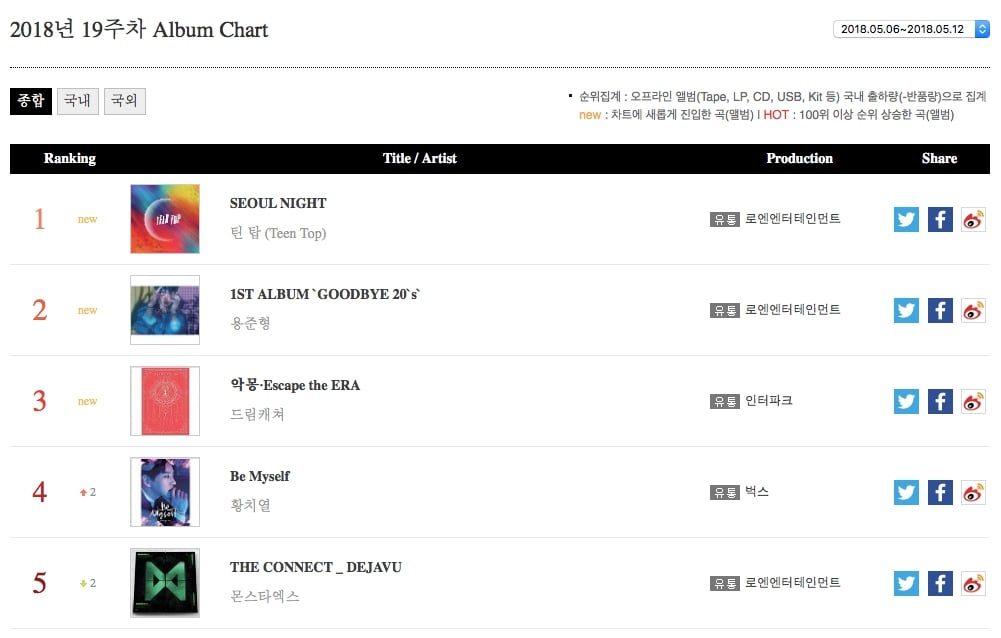 MOMOLAND’s “BBoom BBoom” topped this week’s social chart, with TWICE’s “What is Love?” maintaining its position at second place. (G)I-DLE’s “LATATA,” BTS’s “DNA,” and GFRIEND’s “Time for the Moon Night” rounded out the top five at third, fourth, and fifth places respectively. 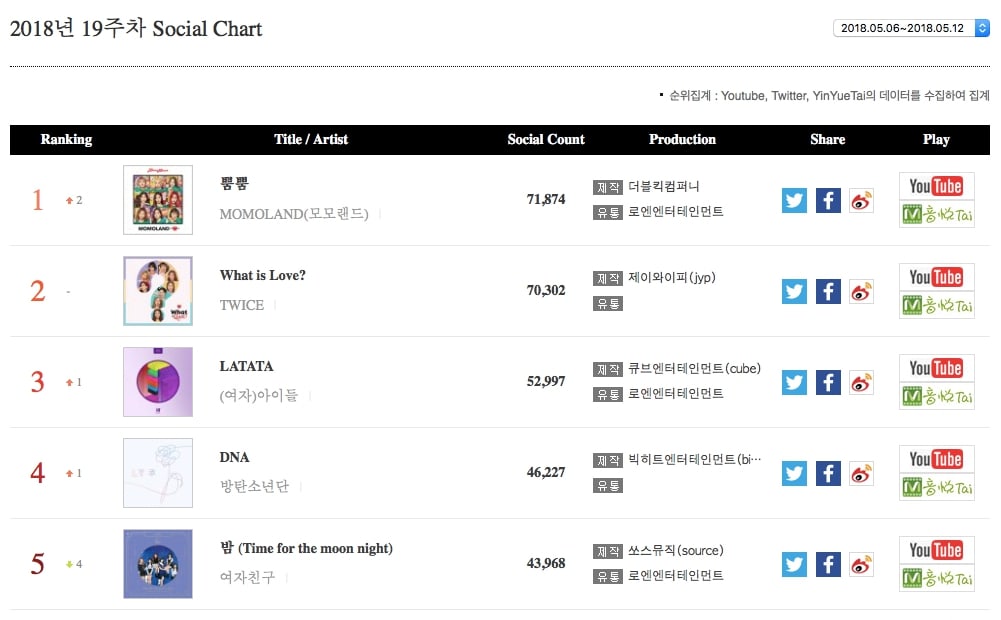