GFRIEND Talks About What Jobs They Want To Have If They Weren’t Idols, Ideal Types, And More

The girl group is currently promoting their newest title track “Time for the Moon Night,” which has received seven wins on music shows at the time of this article.

When asked if the members thought that the song would be a success as soon as they heard it, SinB said, “When I heard the song, I did think, ‘This is it.’ It’s a song we had a lot of affection for while preparing, so thank you for giving us a lot of love.”

Eunha replied, “When I first heard it, it wasn’t a situation where I could properly listen to it so I briefly listened to it. I couldn’t stop thinking about the chorus. When I listened to it again, it was really nice.” Yerin added, “I liked the song when I heard it the second time more than I did the first time.”

GFRIEND also answered several questions in 60 seconds. Sowon answered no to the question asking if she would be a model if she wasn’t a GFRIEND member.

She explained, “Having good proportions isn’t everything. In order to be a model, you need to have a good walk and things like that, so I think it’s different. I’m 172cm tall (approximately 5 feet and 6 inches), but compared to models, I’m not that tall.”

When Ji Suk Jin asked if she is acknowledging the fact that she has good proportions and if she thinks she has the best proportions in GFRIEND, Sowon said, “Yes.” 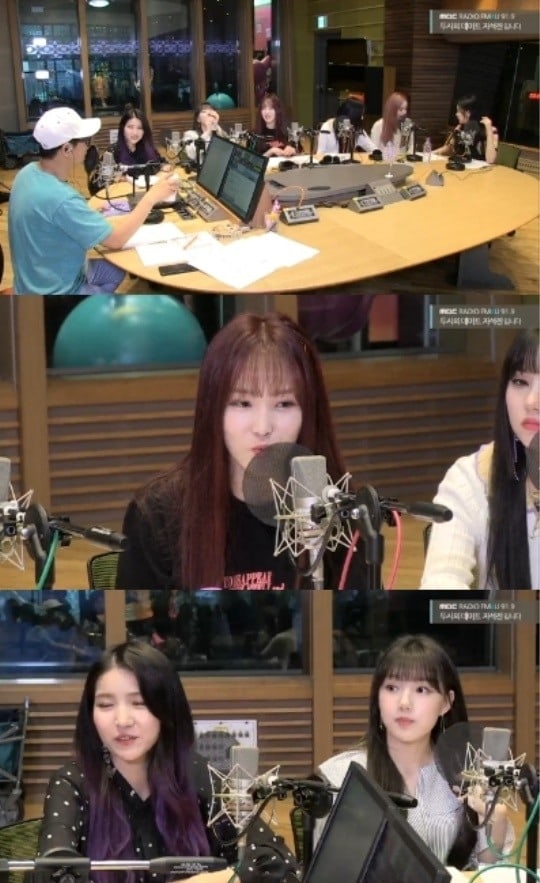 Yerin answered, “My parents hoped that I’d have a stable job like a flight attendant, nurse, or banker.” Yuju revealed, “Excluding music, I think I would’ve done something in the sports field. I swept up gold medals, but now there are many competitors. [H.U.B’s] Rui was really good.”

GFRIEND also discussed each other’s fashion sense. Umji said, “I think I’m No. 1 in GFRIEND for everyday attire. I spend a lot of time these days picking out clothes.”

Disagreeing, the members replied, “I don’t think so. You wear tracksuits often.” Umji responded, “I don’t wear the same colored tracksuits every day.” The members then pointed to the member who lacks fashion sense and all chose Umji.

Yuju answered that her ideal type is a man who has a good sense of direction. She explained, “When I come out of the bathroom, I always go the other way. I have no sense of direction.” Yerin added, “She’s also opened another car’s door before.”

GFRIEND’s manager also vouched for this and said, “Yuju really has no sense of direction. She always goes in the opposite direction of where she’s supposed to go.”

Eunha spoke about her close friendship with TWICE’s Sana. She said, “I like TWICE. I recently talked to Sana.” She was then asked if there were any TWICE songs that she’s envious of, and Eunha answered no. “I watch and listen to their performances, but TWICE’s songs match them really well on stage and we also have things that we’re good at,” replied Eunha.

Sowon concluded, “Thank you for loving us a lot. We’ll return after also doing a good job in Japan.”

GFRIEND
Ji Suk Jin's 2 O'Clock Date
How does this article make you feel?