Watch: YoonA Offers Acting Advice To Henry Based On Her Experience On “God Of War, Zhao Yun”

On the May 18 episode of MBC’s “I Live Alone,” Henry enlisted the help of his friend YoonA to prepare for his upcoming appearance in a historical Chinese martial arts film. Henry shared, “I knew YoonA since we were kids. YoonA filmed a hit historical drama in China, and so when I was thinking about who to ask for help while looking at the script, I thought of her.”

He asked YoonA for her help and told her that he had studied some of her scenes in “God of War, Zhao Yun.” YoonA wowed the cast members in the studio as well as Henry when she shared that the drama had had 10 billion views. She encouraged him, saying, “You can be like that too.” 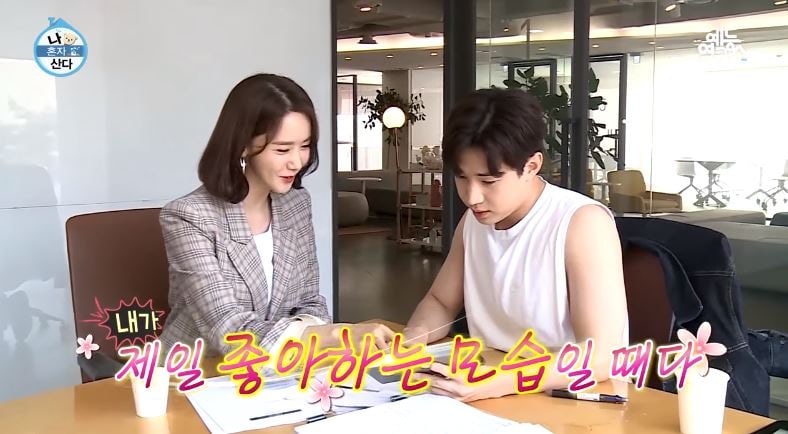 She asked Henry to show her any acting he wanted. He compared his upcoming film with the movie “Gladiator” and explained a scene where he defiantly stands up to a drill instructor. However, he made the cast and YoonA burst out laughing when he used an interesting accent and by mixing up what he wanted to say. He then attempted the scene, immersing himself and acting seriously, until the very end when he couldn’t hold his laughter in anymore.

Girls' Generation
Henry
YoonA
Home Alone
How does this article make you feel?