BTS has broken yet another record!

On May 18, BTS set a new record on Melon, Korea’s largest music streaming site, with their new title track “Fake Love.” The song recorded 107,885 unique listeners within the first hour of its release at 6 p.m. KST, marking the highest number achieved by any song since Melon’s chart reform in February 2017. Before the chart reform, BIGBANG topped the record with 117,398 unique listeners for “FXXK IT.”

BTS’s new full-length album “Love Yourself: Tear” has also been dominating Melon’s realtime chart. As of 11 a.m. KST on May 19, songs from the album have swept the top six spots on the chart, with “Fake Love” continuing its reign at No. 1. 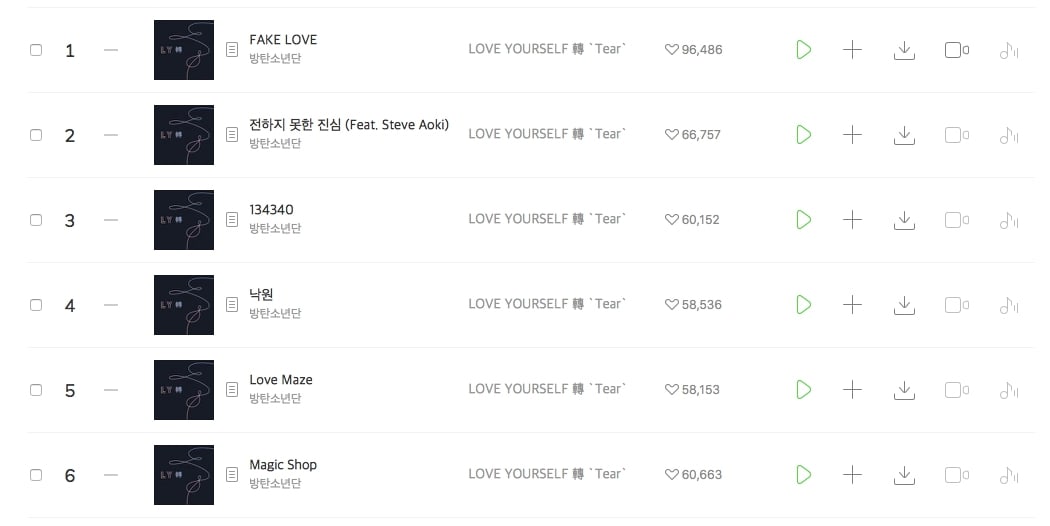 Congratulations to BTS on their new record!