Various other celebrities showed their support at TWICE’s concert!

Song Eun Yi and Kim Shin Young, who recently also promoted as the group Celeb Five, attended on May 18. Song Eun Yi shared through the caption, “TWICE’s concert was so so fun and so so great.”

EXID’s Jeonghwa shared a photo taken with TWICE after the concert on May 19 together with Hani and BTOB’s Peniel. She wrote, “I watched with a motherly smile throughout the concert.”

Singer Sunwoo JungA revealed a photo with the cute caption, “I am the unnie that responded the loudest when the Mina-Sana-Chaeyoung unit called out for ‘unnies.’ Died of happiness.”

Several JYP Entertainment labelmates and other artists also attended on May 20.

2PM’s Nichkhun posted a photo with Wooyoung and TWICE after the concert. His caption reads, “They are so so lovable, and I am proud.”

Stray Kids wrote, “We went to TWICE sunbaenims‘ concert yesterday!!! It was so fun, and it was a concert that we had a lot to learn from. Sunbaenims, thank you again for inviting us!! The nine of us also want to work hard to perform great stages at a great venue.”

15&’s Park Jimin uploaded a photo on her Instagram story with NakJoon and TWICE. 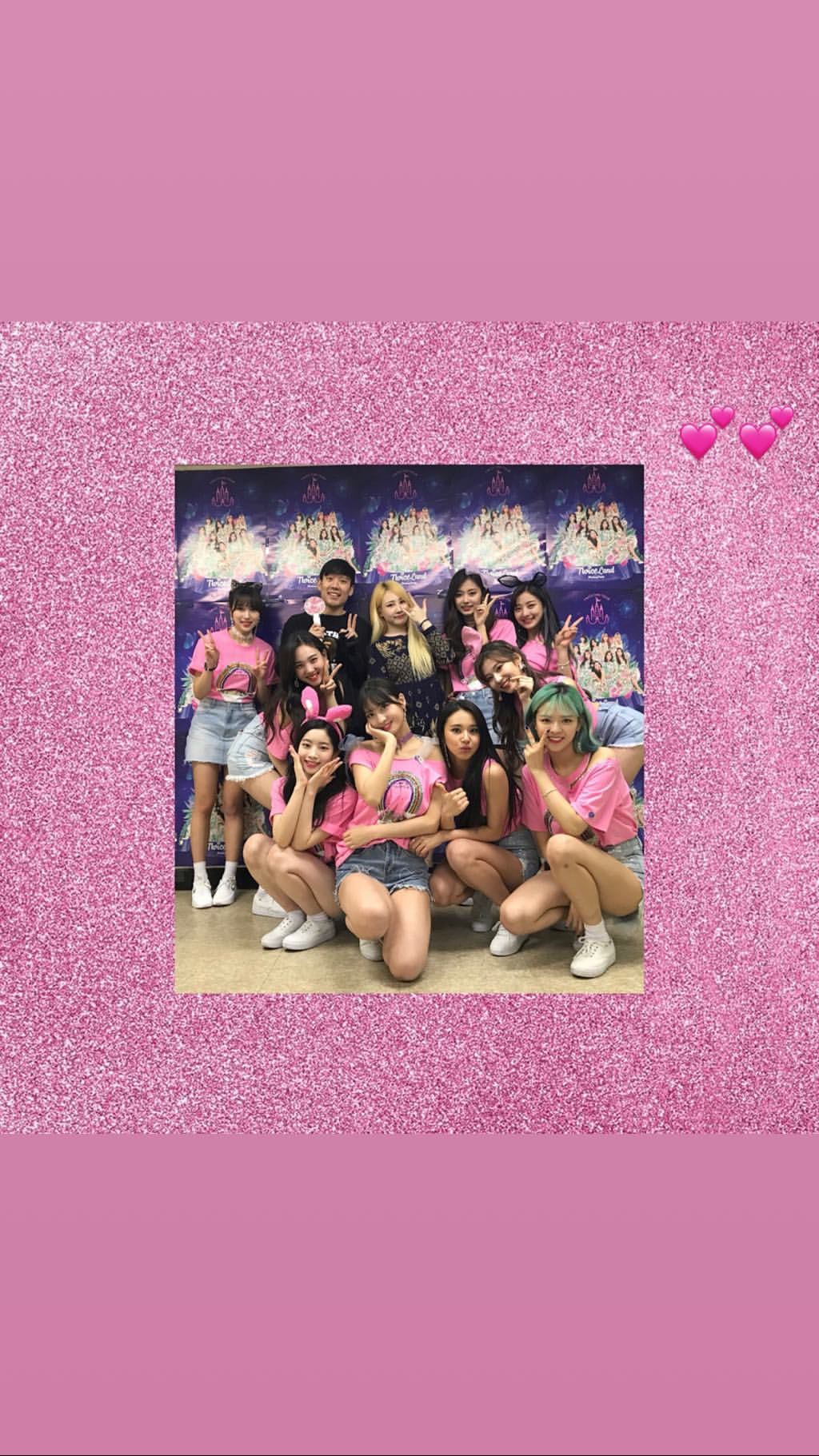 JYP Entertainment actors Ryu Won, Kang Hoon, and Jang Dong Ju were in attendance together. Ryu Won wrote, “It was a concert that showed how much you prepared and practiced to impress the ONCE fans! It’s okay to be happy, and you completely deserve the love, so be confident!” and added, “JYP forever.”

Super Junior’s Heechul and Kyuhyun were also spotted in the audience, and a friend posted a photo of them together with TWICE following the concert.

A number of celebrities were seen attending TWICE’s solo concert in Seoul!

On May 19, fans spotted several idols showing their support for TWICE at their “TWICELAND ZONE 2: Fantasy Park” concert at the Jamsil Indoor Stadium in Seoul. One fan managed to capture a cute video clip of Red Velvet’s Irene and Yeri in the audience, adorably dancing along to TWICE’s “TT.” The video also shows BTOB’s Peniel sitting to Yeri’s left.

Actress Gong Seung Yeon, the older sister of TWICE’s Jeongyeon, also snapped several cute family photos and video clips at the concert together with her parents. One video shows Gong Seung Yeon and her mother cheering the TWICE member on by saying, “Jeongyeon, fighting! Do well!” The second clip shows the family backstage posing for photos with Jeongyeon, as their father adorably protests, “Why won’t you film your dad?” Jeongyeon laughs, “All right, all right, I’ll film you, Dad,” while Gong Seung Yeon teasingly remarks, “Dad loves [being on camera].”

Oh My Girl’s Hyojung revealed in a Naver V Live broadcast that she had attended TWICE’s concert as well. “I had so much fun,” she said, explaining that she had gone alone.