Junho plays the role of Seo Poong in “Wok of Love,” a chef who goes from working at a top hotel to cooking at a rundown neighborhood restaurant. Despite life bringing him down, Seo Poong stays determined to get revenge by stealing all of the hotel’s customers and convincing them to come to his new workplace.

Part of the reason Seo Poong is fighting for revenge is the betrayal of Seok Dal Hee (Cha Joo Young), the woman he loves. She cheated on Seo Poong with the head of the hotel who chased him out of his job. He angrily declared, “I’m not a guy you can throw away so easily. I’ll make you regret it.” 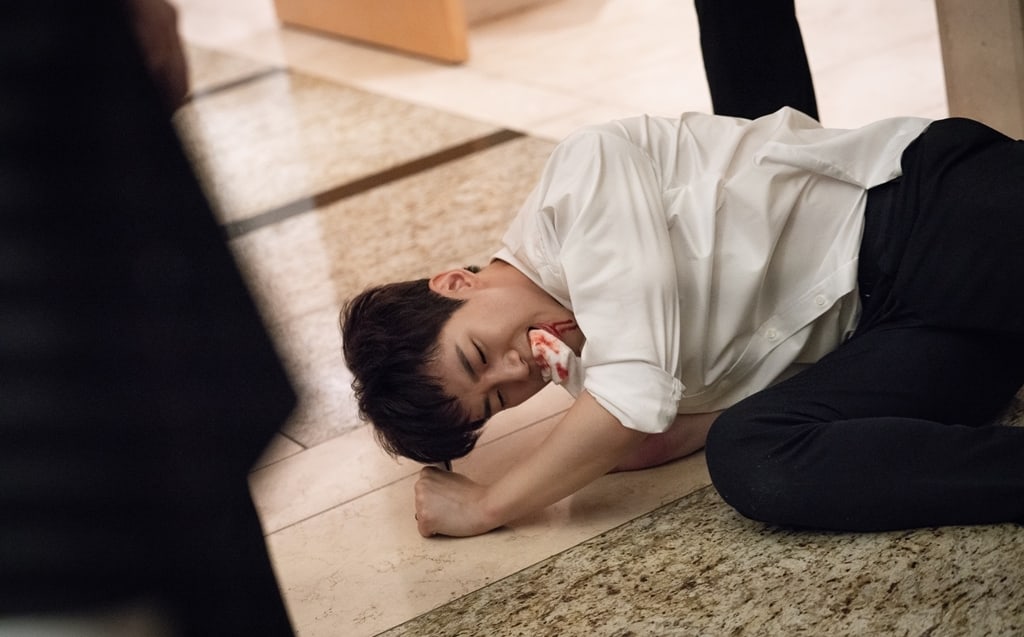 The new stills show Seo Poong looking beaten up and bloody, with his eyes full of sorrow. He leans against a wall lifelessly, piquing the interest of viewers who are curious to know what happened. The photo he’s clutching in his hand is said to be a crucial hint for the scene, as it was the cause of his rage and pain.

The story behind Seo Poong’s tragic moment will be revealed in the upcoming episode of “Wok of Love,” which will air on May 21 at 10 p.m. KST. Check out the latest episode below!