Block B member Zico gave Wanna One members a gift on Mnet’s “Wanna One Go: X-CON.”

“Wanna One Go: X-CON” is a reality show where Wanna One members form units and collaborate with producing artists Zico, Heize, Dynamic Duo, and Nell.

The rapper previously made a promise to buy them a bed, but they came to the consensus that it’d be difficult to share a room with the bed, so they chose a sofa instead.

Wanna One members explained that Ong Seong Woo broke their sofa two hours after they built it and that it was falling apart. After they decided on a comfortable, black sofa, they steered Zico towards the check-out desk. Zico jokingly trembled his hands as he took out his credit card and happily paid for the couch in a single payment. He expressed, “I really do hope you guys will be able to rest comfortably.”

The members posted photos of them sitting on the couch and held up handwritten thank-you messages for Zico. Kang Daniel’s sign read, “The one and only lovely sofa that Zico hyung bought for us.” Kim Jae Hwan’s sign said, “Zico hyung, thank you for the sofa that’s comfortable and doesn’t shake!” Park Woo Jin wrote, “Sofa that my idol, my role model, my favorite Zico hyung bought me. Thank you. I’ll cherish it forever.” 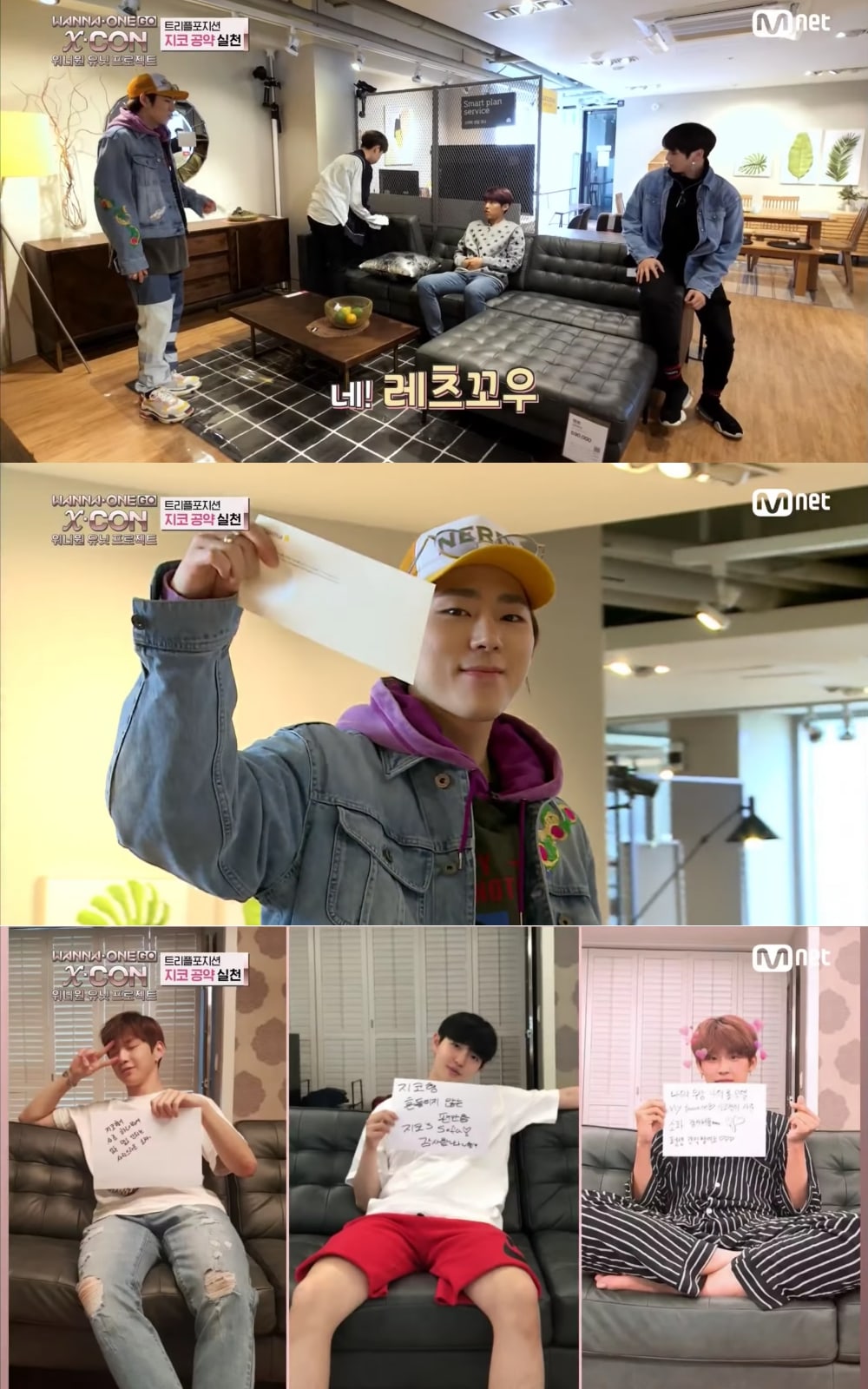 Block B
Wanna One
Zico
Wanna One Go: X-CON
How does this article make you feel?