BTS Discusses Their Experience At The 2018 Billboard Music Awards

The May 22 broadcast of MBC’s “News Desk” included an exclusive interview with BTS following their appearance at the 2018 BBMAs. BTS performed their new track “Fake Love” for the first time at the awards show.

While talking about their experience, Jimin said, “I think we were all very amazed as well. We weren’t sure if we could be sitting there, and everything was just so fascinating.” 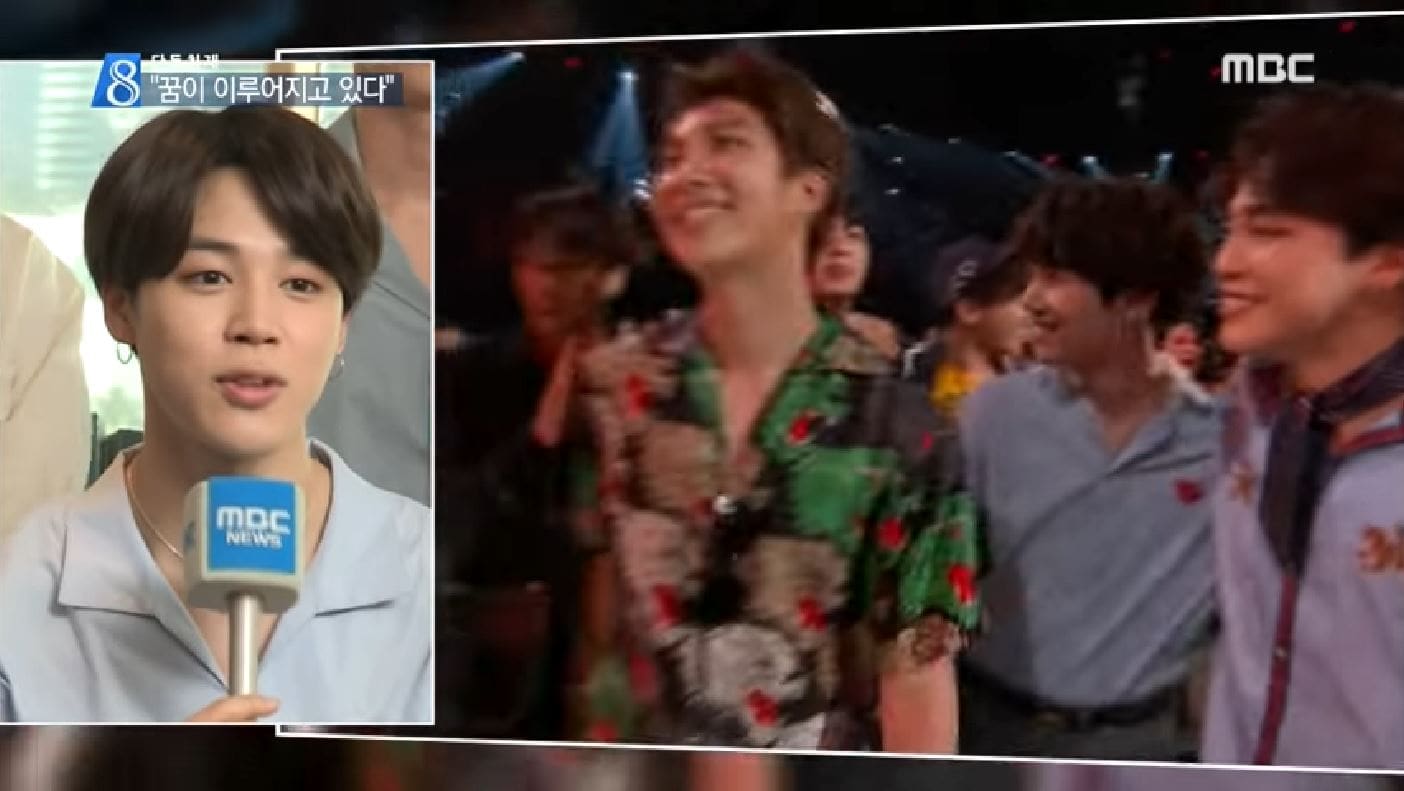 BTS also gained attention for not attending the BBMAs after party, and choosing to meet with their fans instead. Expressing their gratitude towards their fans, leader RM explained, “I feel the most proud about the fact that [our fans] sincerely understand our lyrics and the things we say even if we sing in Korean. Since it’s the age of new media, they translate our comments and lyrics.” 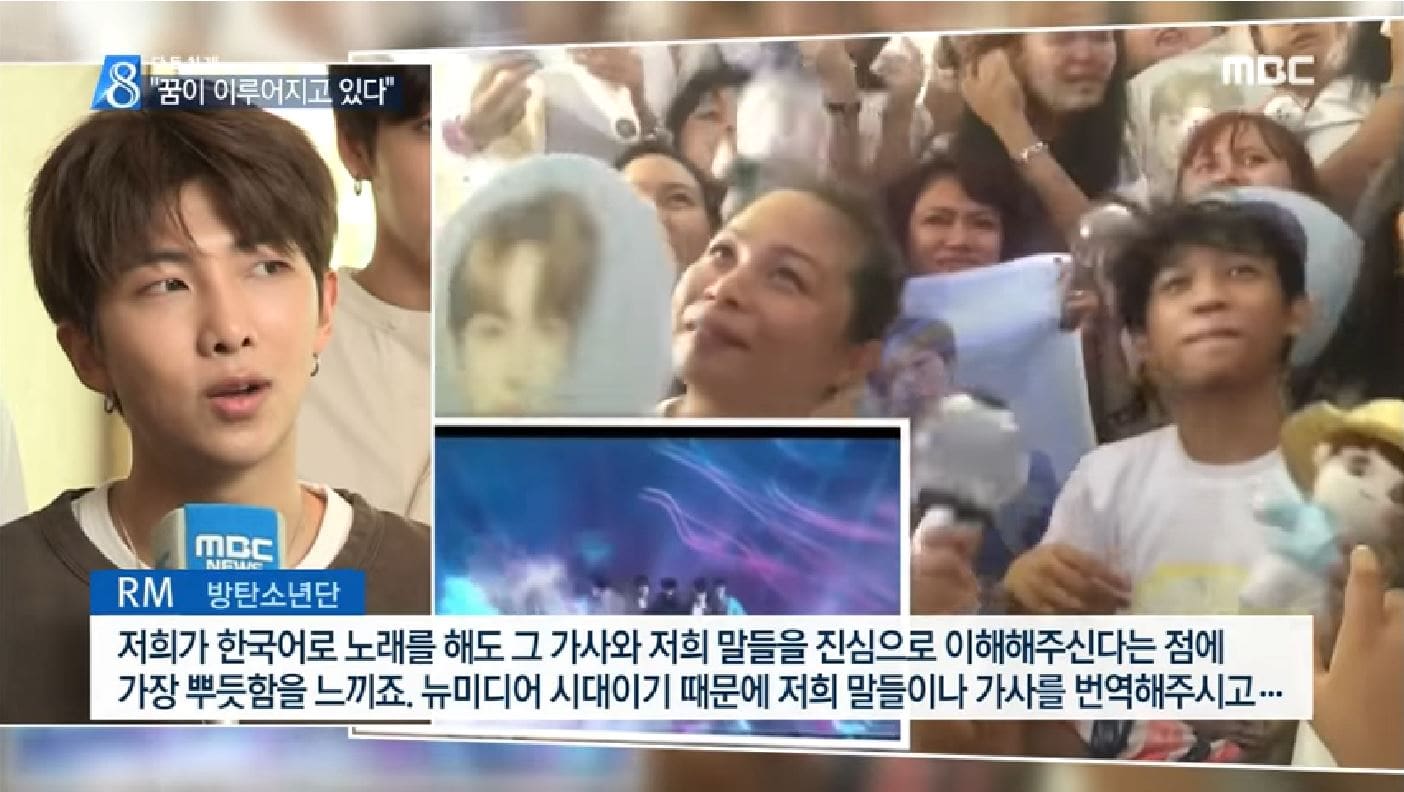 BTS’s frequent communication with their fans along with their exceptional musicality and performances were named as contributing factors to their vast success. Regarding their wide popularity, RM remarked, “I think the biggest factor is that we stay true to ourselves. We work hard while making music, we focus on our performances as artists who put on performances, and we try to make sure we don’t neglect communicating with our fans.”

BTS concluded the interview by discussing their dream of holding a stadium tour. Suga commented, “I believe not many people get to go on [a stadium tour]. It feels like [the chance] is quickly approaching us. It’s so close that it feels like we’ll be able to do it within a short time. It seems like our dreams are coming true.” 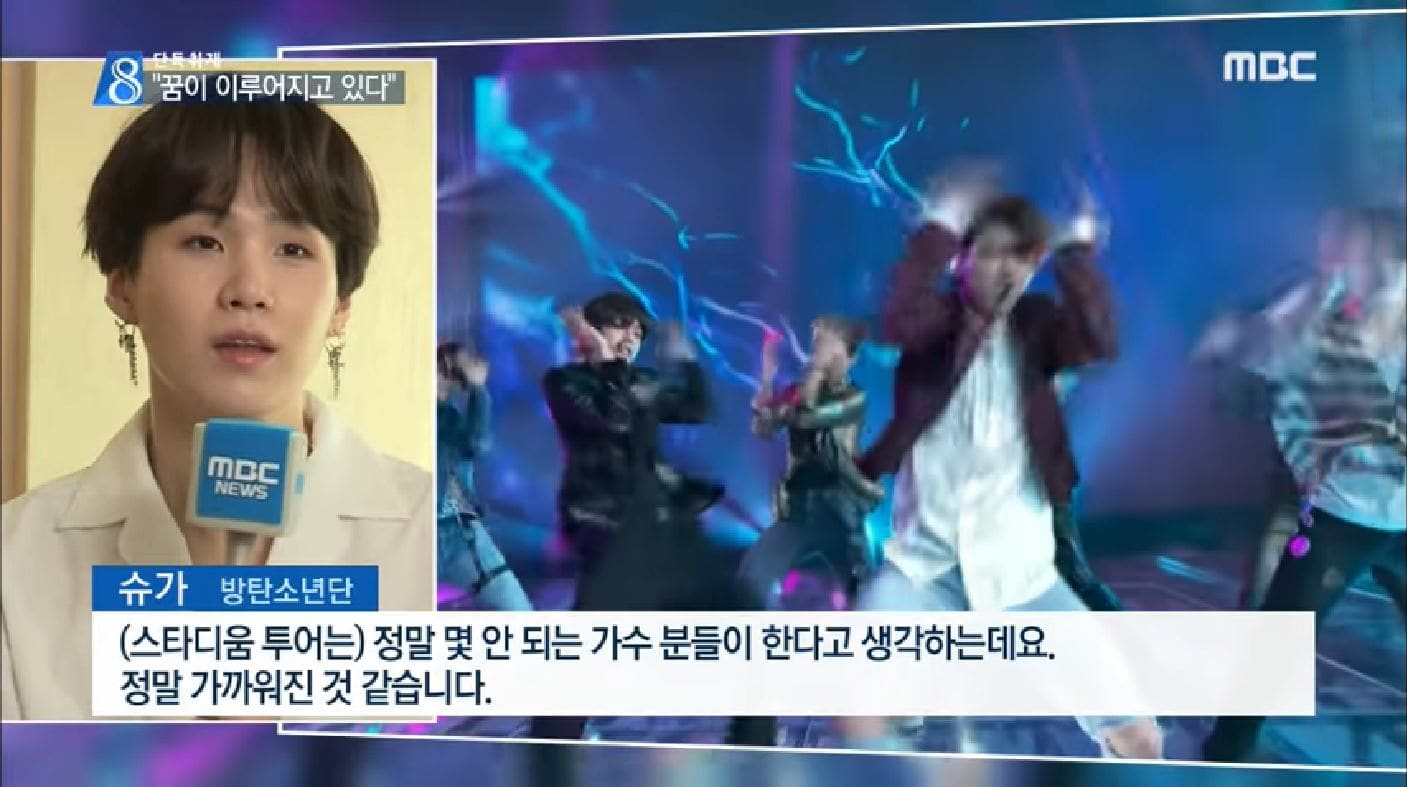 BTS recently took home the Top Social Artist Award at the BBMAs for the second year in a row.

BTS
2018 Billboard Music Awards
BTS at BBMA 2018
How does this article make you feel?