2PM’s Chansung recently sat down for an interview where he talked about the criticism and prejudice against idols who star in musicals.

Chansung is currently promoting in various industries, such as his appearance in upcoming tvN drama “What’s Wrong with Secretary Kim?” and preparing for his upcoming Japanese single album. The 2PM member is also starring in the musical “Smoke,” which is based on the motifs from the “Crow’s Eye View” poem by famous poet Yi Sang.

He shared, “Poet Yi Sang was criticized a lot but apparently he lived a happy and refreshing life. I think my profession is similar to Yi Sang’s. Yi Sang expressed himself through his poems, while I do so through the characters that I portray, the songs that I sing, and the concerts that I perform in. When those things get criticized, it feels like I’m being criticized. Of course, I gain strength from the fans who encourage me. Yi Sang went through a lot more suffering than I did, but I can imagine it to a certain extent. I act as I imagine his suffering.” 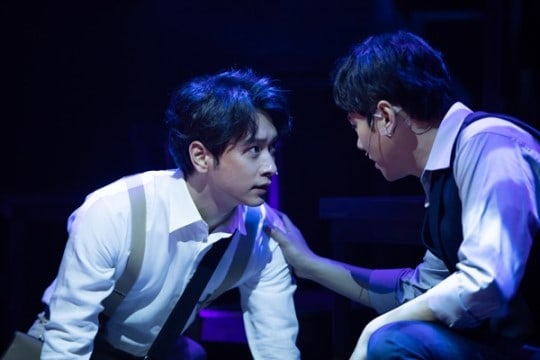 Chansung then talked about how much thought he had put into his decision to appear in the musical, saying, “Taking on musicals is a new challenge for me, but I accepted the offer to star in it with the mindset that I would have to prepare for it really well. I decided to do it because I had enough time to prepare for it.

He also commented on idols doing musicals and said, “When idols do musicals, it’s something they have to figure out on their own. I don’t think it’s complaint when people [say they] feel apprehensive about idols acting. People who watch musicals or dramas are spending their precious time and money to find happiness. I don’t think you can really say anything if you show people a lacking side of yourself and they don’t have good things to say about it. I think that if you are given a part, you have to do your best at it.”