“Grand Prince” is a historical drama that uses the Sejo of Joseon as its motif. It tells the story of Prince Lee Hwi, who has to constantly prove that he is not after the title of King despite his outstanding abilities, but later goes face-to-face with his older brother Prince Lee Kang after they fall in love with the same woman.

Yoon Shi Yoon played the role of Lee Hwi and was praised for his portrayal of the prince.

About the drama’s success, he said, “I couldn’t imagine it. I wasn’t thinking negatively at all, but I thought it may be ambitious to surpass 5 percent [in viewership ratings]. Now that we passed it, it feels surreal. I’m trying to fully enjoy this surreal feeling. Thanks to that, the atmosphere at the wrap party was really good.”

The actor previously said that he wanted to show something new that surpasses his character Kim Tak Goo from the popular KBS drama “Baker King, Kim Tak Goo.”

He explained, “I was like this in previous dramas as well, but this time, I was really fully immersed in the character Lee Hwi. I was so immersed that when the plot progressed about 70 percent, I knew the storyline and lines when the script wasn’t even out yet. It wasn’t that it was obvious, but I could guess the next feelings. I was into it that much while acting.”

Yoon Shi Yoon continued, “Personally, it was painful while filming episode 7 because there were so many NGs and I couldn’t say the lines correctly. So I focused [more] during the filming for episode 8. Despite my worries, episode 7 came out as normal and episode 8 was similar to the previous episode. That’s when I realized, ‘It doesn’t always look like what I imagine it to be.’ I just focus on each scene, one scene at a time, but in terms of how it will turn out, that I don’t know. The acting, direction, music, and editing all have to go together. I think that ‘Grand Prince’ had good results because this kind of ensemble came together well.” 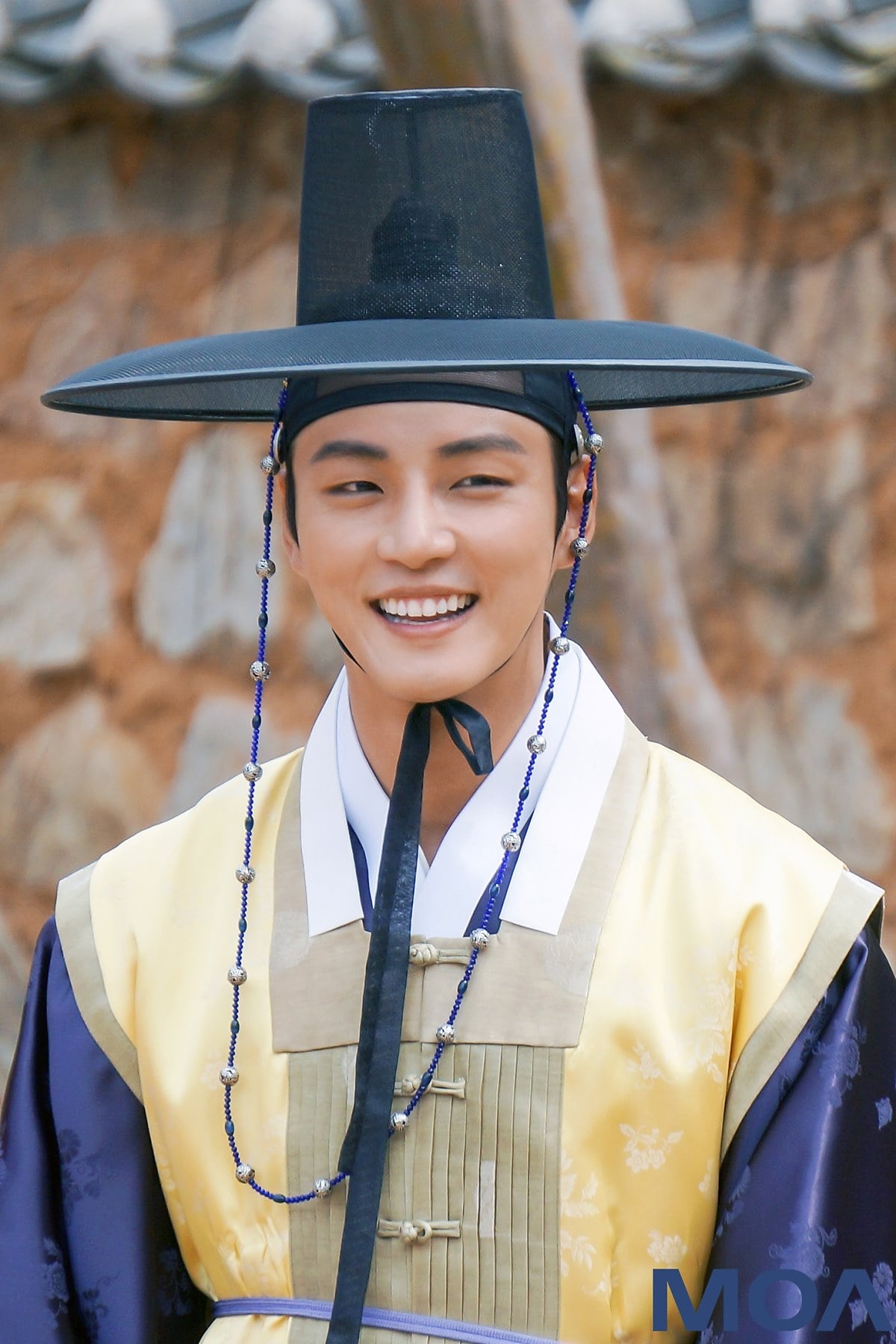 He added, “I always try my best, but there were quite a few instances where the result was disappointing. But while appearing on ‘Grand Prince,’ I really realized that a drama isn’t something I do by myself. While resting after the drama ended, I couldn’t think of anything that would make me say, ‘Because I did this, there were good results.’ In the end, it’s all about team play so I need to always try my best.”

On what he gained through “Grand Prince,” Yoon Shi Yoon said, “I learned humility. At first, I whined to my fans. After the ‘Grand Prince’ press conference, I couldn’t sleep that night thinking, ‘What if another disappointing result comes out?’ In the end, I felt resentment towards myself as well as fear. But [when you’re doing a drama], many people run towards the same goal. I thought, ‘I shouldn’t try to take this on all by myself’ and that ‘I should just do my part well and leave the rest to others.’ I think that’s humility, when you realize you’re not doing everything. I learned that kind of humility.”

He explained, “I thought it was the responsibility [of a lead]. In the long run, this becomes an obsession of ‘I have to accomplish everything.” I didn’t know how to let go and rely on other people. I thought that I needed to work hard to bring good results. Now, I’ve changed. Even if [the quality of] my acting is uncertain and lacking, if the director gives the ‘okay’ sign, then it’s a good job. And even if I act while concentrating but I have to shoot it again, then I didn’t do a good job. My awareness and thoughts on that have changed. I trust [the staff].”

Yoon Shi Yoon concluded, “The filming speed of director Kim Jung Min of ‘Grand Prince’ is exceptionally fast. Its level is that of an x-ray. So in the beginning, the actors were worried amongst ourselves and asked, ‘Is it alright to [film quickly] like this?’ But the first episode came out so beautifully. The direction, editing, music, and filming, all worked well together and brought in good results.”

“Grand Prince” aired its final episode on May 6. Watch the first episode below!