BTS Earns Their Highest Rankings Yet On Official U.K. Albums And Singles Charts

BTS has broken more records as they chart at new heights on the United Kingdom’s Official Charts!

On May 25 local time, both the Official Singles Chart and Official Albums Chart were released for the week of May 25 to May 31.

Check out BTS’s previous rankings below: 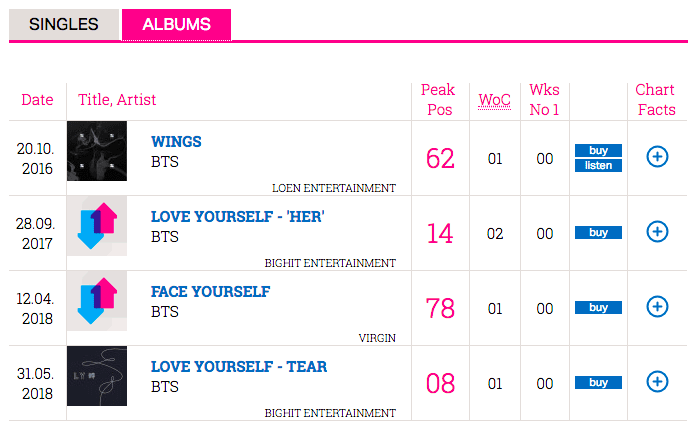 BTS has also set a new record for K-pop groups on the Official Singles Chart! Their title track “Fake Love” has entered the chart at No. 42, beating the previous record of No. 46 that they set with the remix of “MIC Drop” last year.

The Official Singles Chart shows the most popular songs in the United Kingdom, and it ranks tracks based on official sales of downloads, CDs, vinyl, and audio streams. The record for highest ranking on the chart by a Korean artist is held by PSY’s “Gangnam Style” which came in No. 1. 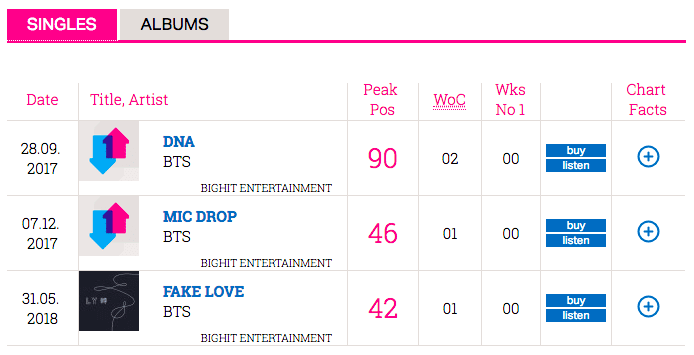 Official Charts is often regarded as the U.K. equivalent to Billboard’s charts in the United States. News about BTS’s rankings on Billboard’s album and song charts will be out next week. Stay tuned!