Boyfriend celebrated their seventh debut anniversary on May 26 and made sure to thank their fans!

On May 26, Boyfriend held a special fan meeting to celebrate their anniversary with their fans. Afterwards, the group also held a Naver V Live session to greet the rest of their fans who were unable to attend the fan meeting.

During the broadcast, each of the members relayed his thoughts on celebrating their seventh anniversary since debut. Jeongmin first commented, “Seven years. It’s already our seventh debut anniversary. To everyone who couldn’t come today, thank you so much. Thank you for congratulating us. Please continue to love us in the future, and we will repay you with good music. Thank you.” 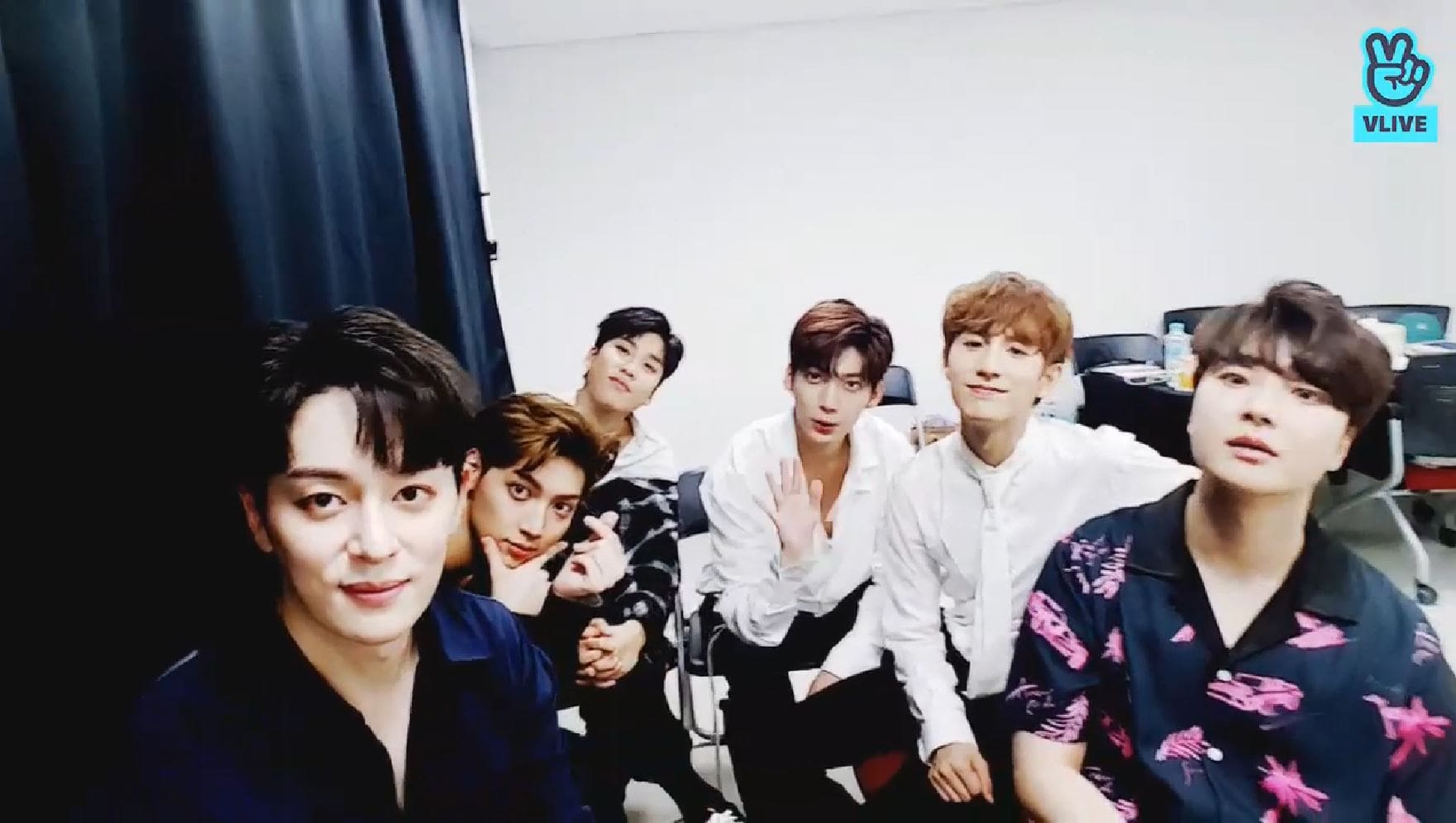 Minwoo remarked, “Today was so fun, but it’s regretful that we couldn’t all be together. To those who couldn’t come today, we will have an even better time next time. I hope we continue to make good memories that are even better than the ones we’ve made in the past seven years.”

Kwangmin simply said, “I love you,” then repeated it in English at the request of the other members.

Finally, Donghyun showed off a placard that the fans had prepared for the fan meeting which read, “I’ll make a promise, let’s walk together tomorrow too.” He remarked, “Thank you so much,” before playfully joking, “None of us have cars, so let’s walk together.”

Boyfriend also shared photos from the fan meeting on their official Twitter account. The accompanying caption reads, “The footprints imprinted during the seven years that Boyfriend and Best Friend have walked together after meeting on May 26, 2011. [The past seven years] have been happy and enjoyable because we spent them together. Let’s continue to walk together in the future.”

Boyfriend’s official Twitter account previously posted a photo in celebration of the group’s seventh anniversary with the message, “Congratulations to Boyfriend on the 7th anniversary of their debut!”

Congratulations to Boyfriend on celebrating their seventh debut anniversary!