The cast of tvN’s “Amazing Saturday” tried their best to guess the lyrics to more K-pop songs.

On the May 26 episode, guest Ji Sang Ryul joined the cast for the segment “Do Re Mi Market” where they tried to guess the lyrics to K-pop songs in order to win food as the reward.

The second song of the night was Super Junior’s “Devil.” Whenever a song by an SM artist appeared on the show, Key played an important role in leading the cast to the correct answer.

Key showed confidence once again when he heard that it was a song by a fellow SM Entertainment artist and that the lyrics were written by Kenzie, who has written lyrics for SHINee, Red Velvet, EXO, and more. 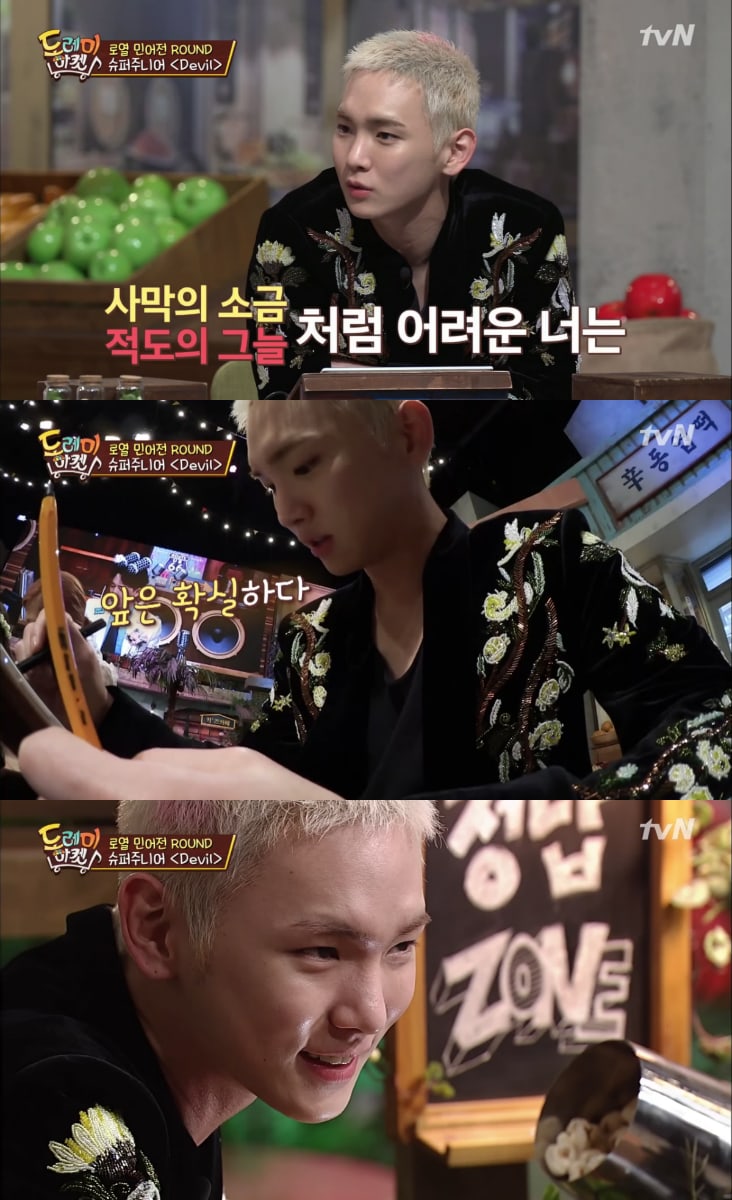 “Devil” was released in 2015 and depicts the feelings of a man who fell for a woman with deadly charms.

The members failed to succeed on their first try but got it right the second time around, and Key was able to prove his knowledge of fellow SM artists’ songs.

“Amazing Saturday” airs on Saturdays at 7:40 p.m. KST. Check out the clips below!