In a recent interview, Jung Hae In addressed the rumors of a romantic relationship between him and co-star Son Ye Jin.

The two stars of JTBC’s “Pretty Noona Who Buys Me Food” drew attention for their engaging on-screen chemistry throughout the drama. The romantic tension between the actors was so realistic that Son Ye Jin reported in her own interview, “People don’t ask me, ‘Are you dating?’ They ask, ‘You’re dating, right?’ or they say, ‘I heard you’re dating,’ without beating around the bush.”

When asked about the possibility of a real-life relationship between the two co-stars, Son Ye Jin evasively replied, “I’d like Jung Hae In to answer that question [instead].”

Jung Hae In similarly reported that he was besieged with questions about the nature of their relationship. He commented, “People around me keep saying, ‘Why don’t you two date?’ and ‘If you two date, I’ll support you.’ [Ye Jin] noona and I have even talked about it.”

“However,” he said, “what we filmed was a drama and not a documentary. It was all fiction and lies. In spite of that, I tried to act with sincerity in every moment, and [the reactions we received] made me think that my sincerity had been successfully conveyed to some degree.”

“Then again,” he added vaguely, “you never know what might happen.” 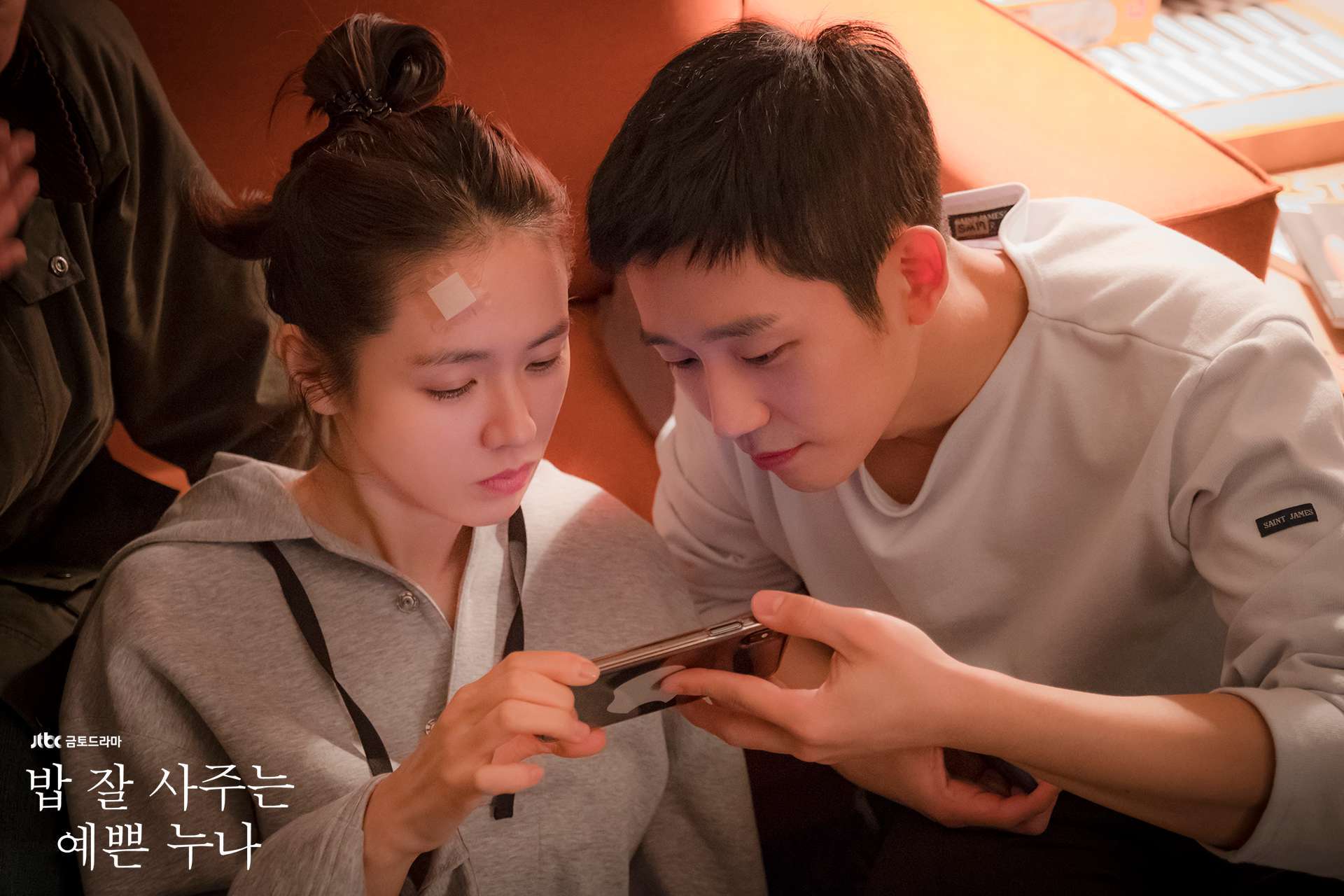 Jung Hae In also mentioned that he and Son Ye Jin had grown close over the course of filming. “We now contact each other freely,” he shared. “[Son Ye Jin] is no longer an intimidating senior actor around whom I feel awkward, but a close noona who is easy to talk to and who listens to my thoughts. I hope that even a year from now, we’ll still be in touch and contact one another freely.”