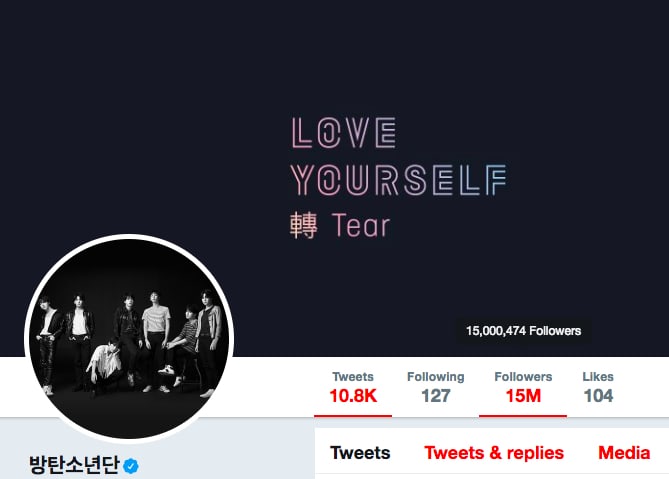 The next most followed Korean account is BTS’s official account (@bts_bighit), which hit 11 million followers right after the other account reached 15 million. These two are the only Korean Twitter accounts with over 10 million followers. 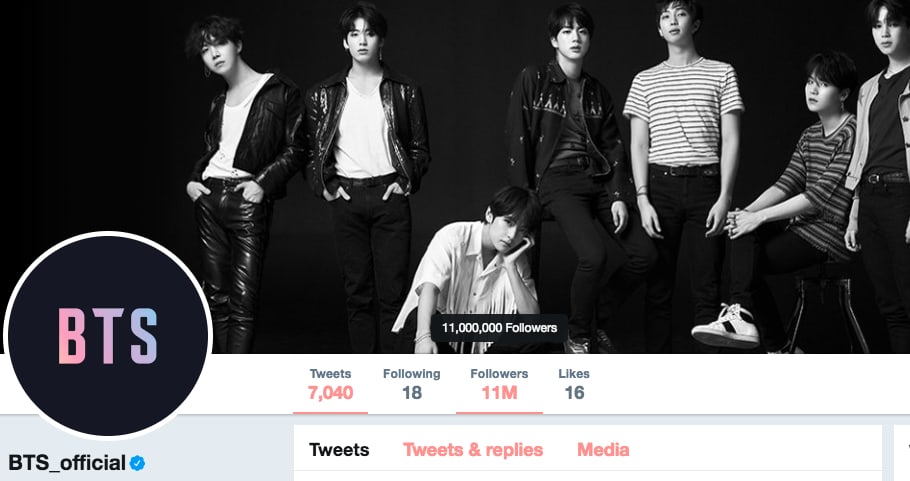 Congratulations to BTS on another impressive milestone!