tvN has released new stills of a heart-fluttering scene featuring Park Seo Joon and Park Min Young on a date.

“What’s Wrong with Secretary Kim?” is an upcoming romantic comedy based on a webtoon about narcissistic Lee Young Joon (Park Seo Joon) and his secretary Kim Mi So (Park Min Young).

Newly revealed photos show Lee Young Joon and Kim Mi So meeting up at an amusement park late at night. There appears to be a romantic atmosphere as they make eye contact with sparkling lights in the background. Lee Young Joon looks calm in comparison to Kim Mi So, who has a surprised look on her face. 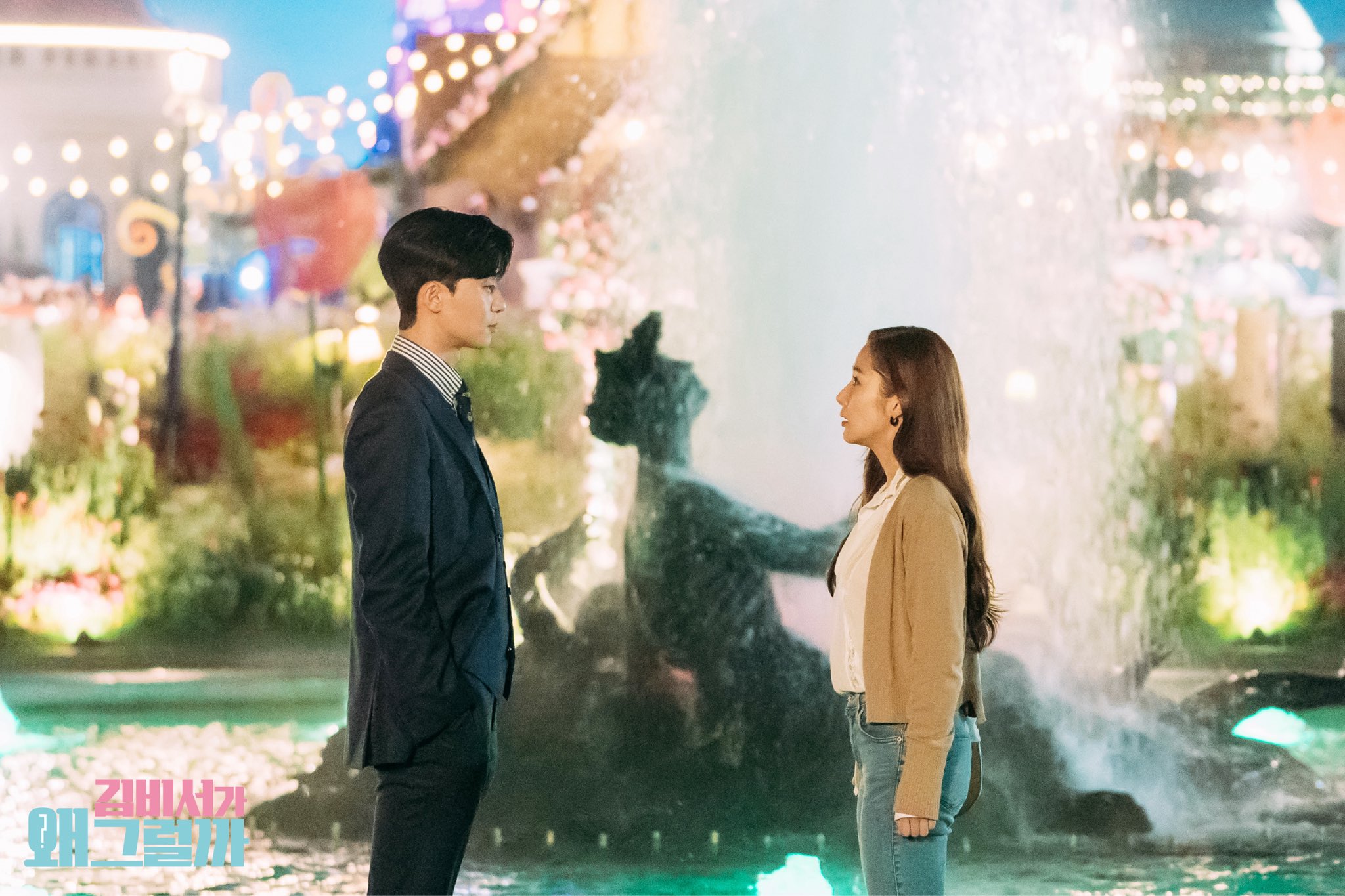 The following images show Park Min Young on a carousel with a happy expression and Lee Young Joon warmly gazing at her while holding in his smile. 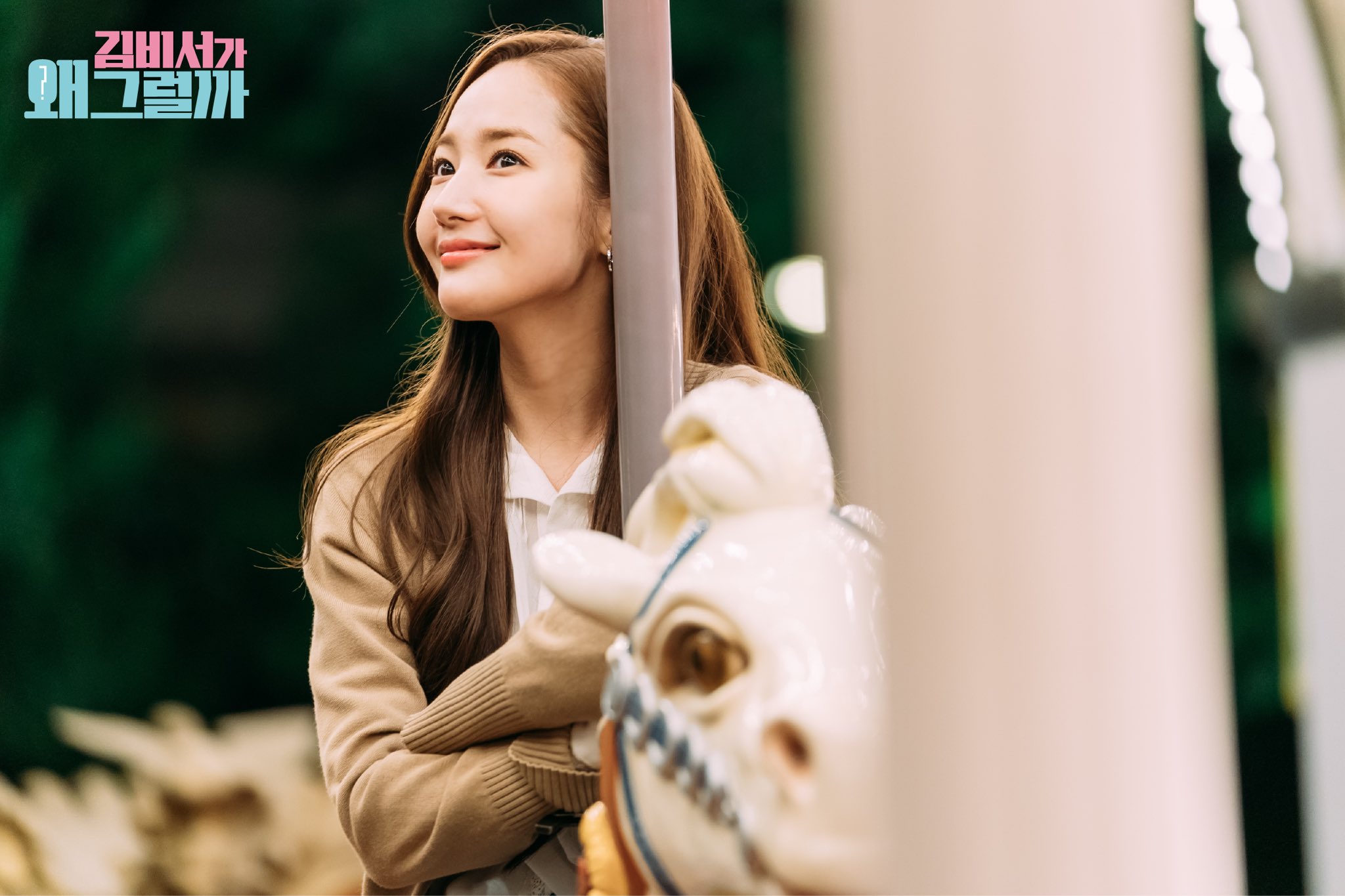 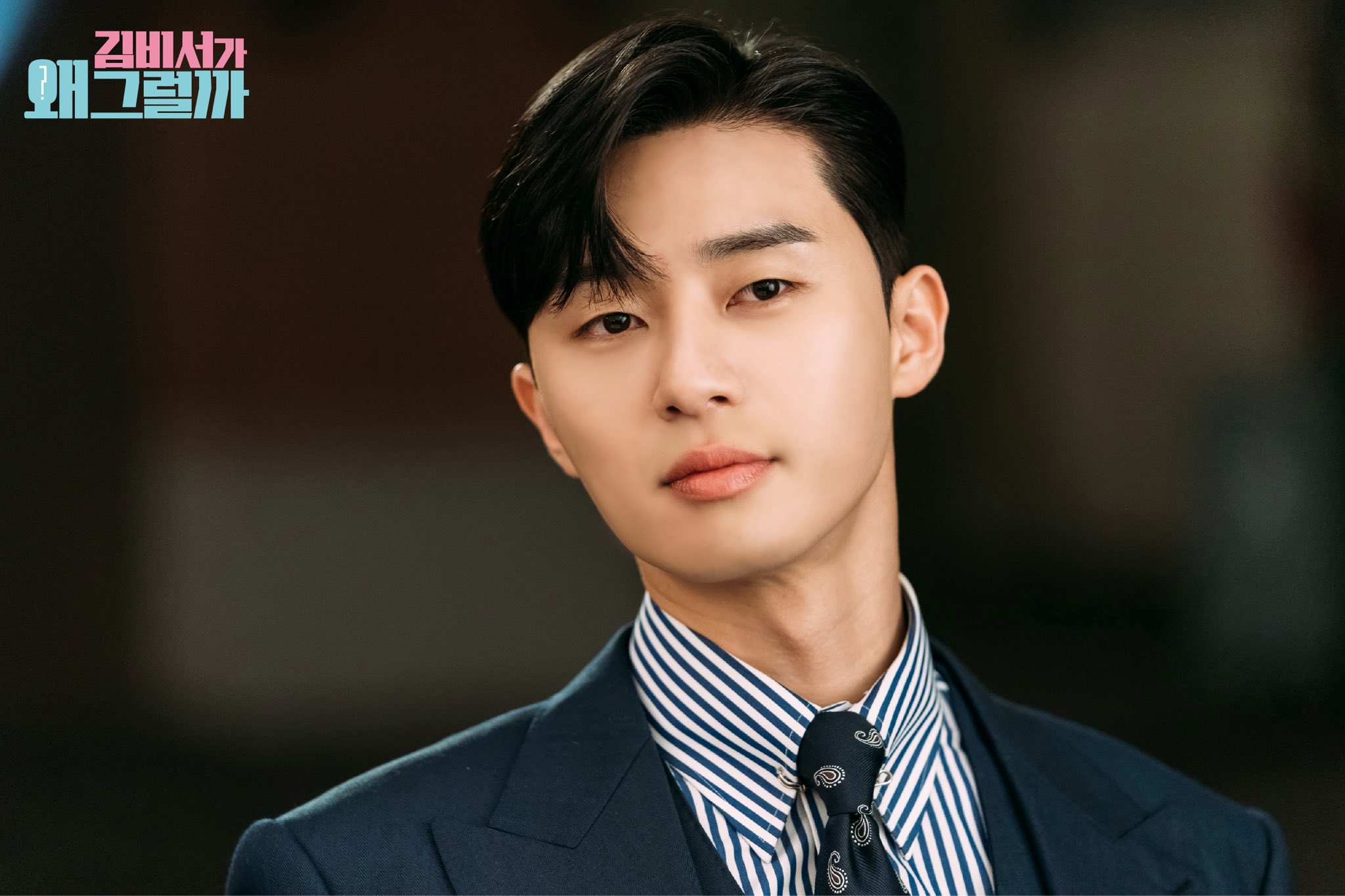 The stills draw curiosity for how they end up at the amusement park together and raise anticipation for the sweet romance between the two characters.