The character relationship chart shows how each character is connected to the two main characters in their own ways. Lee Young Joon and Kim Mi So are described as “struggling with quitting.” Lee Young Joon, the vice president of Yoo Myung Company, has worked with his secretary Kim Mi So for the past nine years. Kim Mi So, however, announces that she’s quitting her job in order to find her own life. Lee Young Joon can’t understand her abrupt decision and will do everything he can to change her mind.

Lee Sung Yeon (Lee Tae Hwan) is also a central character in the drama. As Lee Young Joon’s brother and a bestselling author, he’s set to clash with Lee Young Joon as he takes interest in Kim Mi So. 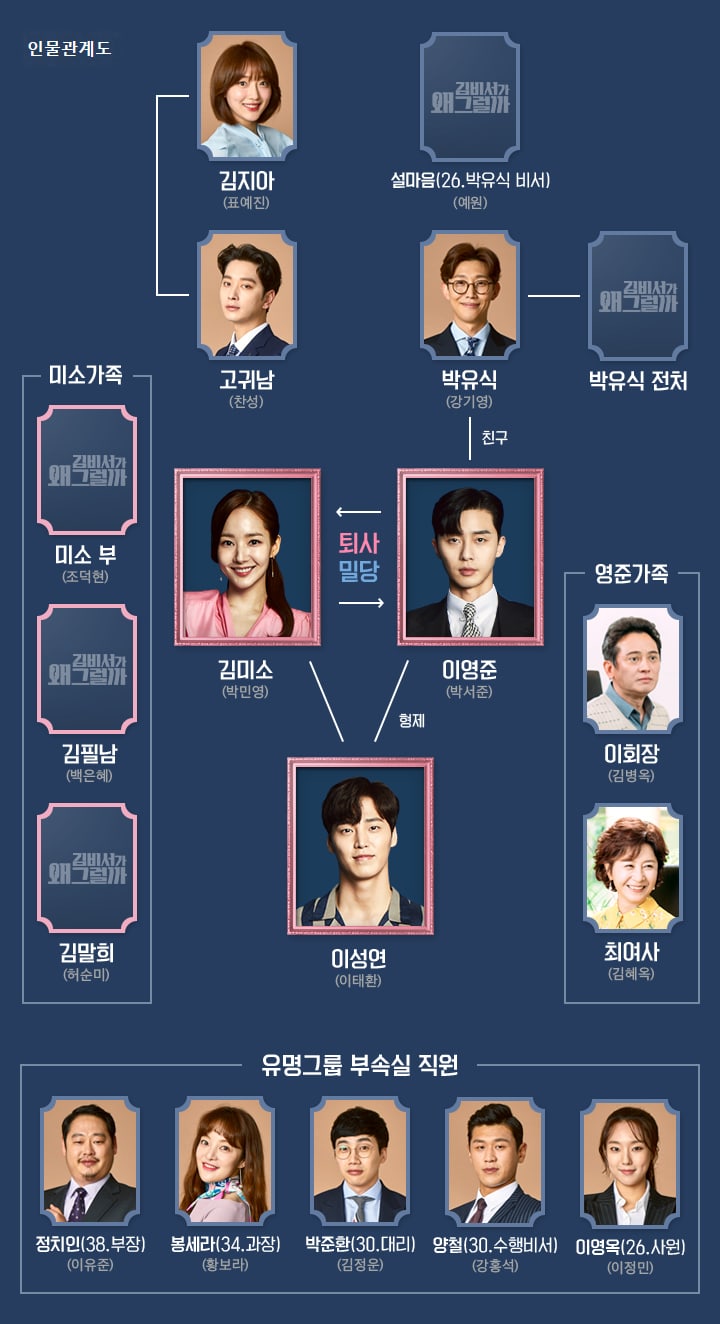 The members of Lee Young Joon’s secretariat will not only function as the supporters of both Lee Young Joon and Kim Mi So in the drama but will also be highly relatable for many viewers. The office includes Jung Chi In (Lee Yoo Joon), Bong Se Ra (Hwang Bo Ra), Park Joon Hwan (Kim Jung Woon), Yang Chul (Kang Hong Suk), and Lee Young Ok (Lee Jung Min).