Namgoong Min is gaining attention for his great style in SBS’s “The Undateables.”

“The Undateables” is a romantic comedy about a man named Hoon Nam (played by Namgoong Min) who refuses to fall in love and a woman named Jung Eum (played by Hwang Jung Eum) who dreams of love but has given up on dating. The two characters end up falling in love in the process of trying to help others who are single.

In the drama, Namgoon Min is stealing viewers’ hearts with his handsome appearance and great fashion sense.

The actor shows off his perfect style especially with suits in every episode. Hoon Nam is the director of an art toy gallery and enjoys wearing suits. From a classic three-piece to a modern semi-suit, he has shown a variety of styles.

Instead of black or achromatic colors, he wears blue, white, and colorful suits. Also, by adding a handkerchief to his outfits, he to add to Hoon Nam’s intelligent, clean look.

When he’s not at a formal setting, such as when he’s hanging out with his cousin Yook Ryong (played by Jung Moon Sung) or at a gallery, he wears more casual outfits. His casual outfits also show a different side of Hoon Nam and expansive range of style.

In the jogging scene at the Han River in the third and fourth episodes, Namgoong Min looked stylish in an all-black outfit, then dressed in all white for the airport, with a matching black and white bag. His shirt and slacks were comfortable, yet stylish, and showed off his physique. It also increased his masculine charms and perfectly matched his character. 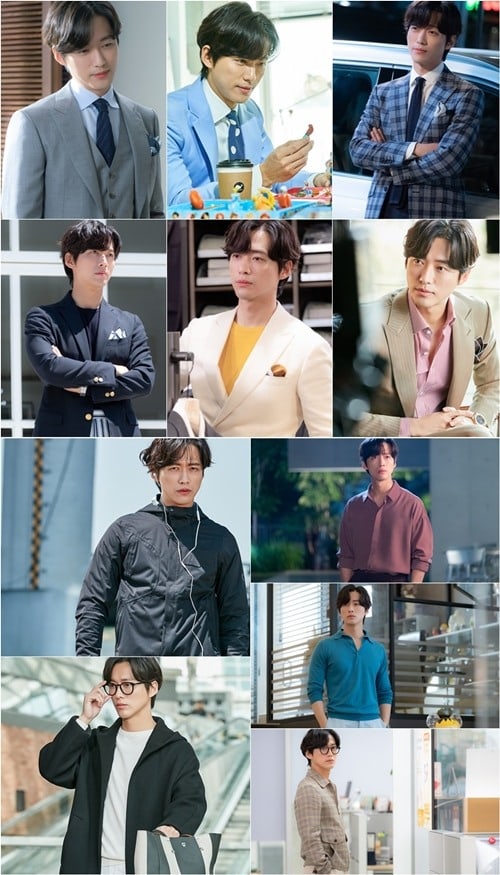 The surprising fact is that Hoon Nam’s style is the result of Namgoong Min’s ideas. It was revealed that even before the drama began filming, Namgoong Min analyzed the script and researched Hoon Nam’s style. In order to perfect his character’s style, he purchased the clothing himself or used items from his own closet. The actor also did this in his previous drama “Chief Kim.”

A source from the drama said, “Namgoong Min is paying a lot of attention to not only acting, but also the appearance of his character. It’s in order to perfectly portray his character. He has a lot of passion for his character. With Namgoong Min’s efforts, it should be fun to watch Hoon Nam’s style from here on out.”

“The Undateables” airs on Wednesdays and Thursdays at 10 p.m. KST. Check out the latest episode below!

Namgoong Min
The Undateables
How does this article make you feel?