The two idols were the next featured members along with Highlight’s Yong Junhyung and actor Lee Yi Kyung on the May 31 broadcast of MBC’s “It’s Dangerous Beyond the Blankets.” They traveled to Da Nang, Vietnam, where they demonstrated just why they were known as homebodies.

Kang Daniel and Lee Yi Kyung arrived a day after the others, and the Wanna One member agreed to share a room with Mark. After introductions and a tour of their lodgings, Kang Daniel commented to Mark, “You became an adult [by Korean reckoning] this year right? I think this must be the first time a 20-year-old has appeared on ‘It’s Dangerous Beyond the Blankets.'” 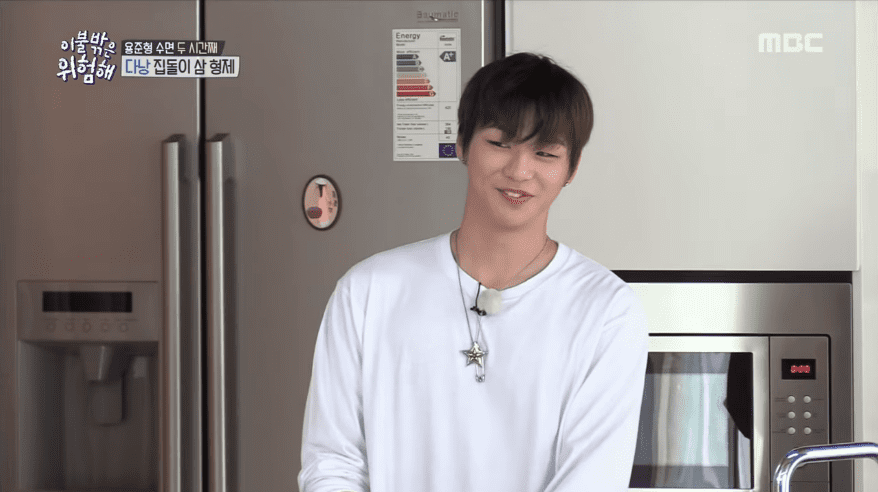 As the older one, Kang Daniel couldn’t help but be more doting to Mark. While watching him unpack, Mark revealed he knew that Kang Daniel was from Busan and worried about Kang Daniel’s injury.

Kang Daniel brought up, “Because you’re an MC on the same [show] as Seong Woo, I actually heard about [you].” He decided to call his fellow Wanna One member, adding, “I should tell Seong Woo.”

When Ong Seong Woo actually answered to their surprise, Kang Daniel said, “Can you see me? There’s someone I want to show you…I’m filming ‘It’s Dangerous Beyond the Blankets,’ but do you know who my roommate is?” At that moment, Mark happily waved to the camera and surprised Ong Seong Woo, who exclaimed, “What the? Why are you there?” 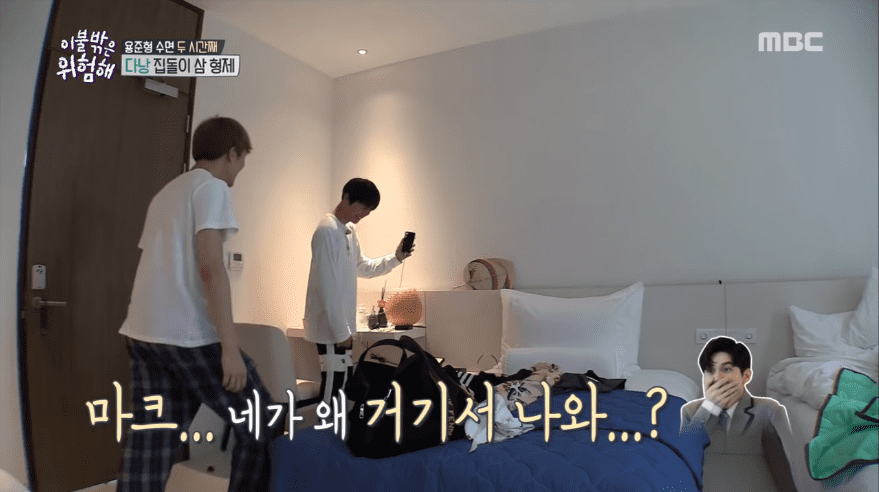 Mark explained that he wasn’t aware he was going to be on the show either when Ong Seong Woo asked why Mark didn’t tell him the last time they saw each other. Ong Seong Woo commented, “Then, they should have cast me too.” The NCT member teased, “I’ll quickly become closer to [Kang Daniel] than I am to you.”

Still caught up with the idea of appearing, Ong Seong Woo shouted, “Please cast me next time as well! As you can see, I don’t do anything when I’m outside of my blankets!”

See the adorable scene below and also check out the full episode!

NCT
Wanna One
Mark
Kang Daniel
Ong Seong Wu
It's Dangerous Beyond the Blankets
How does this article make you feel?