The members of “Running Man” will prepare for a big adventure!

On the June 3 episode of SBS’s “Running Man,” the variety program will show Yoo Jae Suk, Ji Suk Jin, Lee Kwang Soo, and Jun So Min getting ready for their overseas punishment.

The members will film the “Wing Walking” punishment in the United Kingdom. “Wing Walking” is when a person goes on the wing of a flying airplane and is known as one of the scariest experiences in the world.

The cast gathered to film something else and the members were shocked after reading the consent form that they need to fill out before participating in “Wing Walking.” 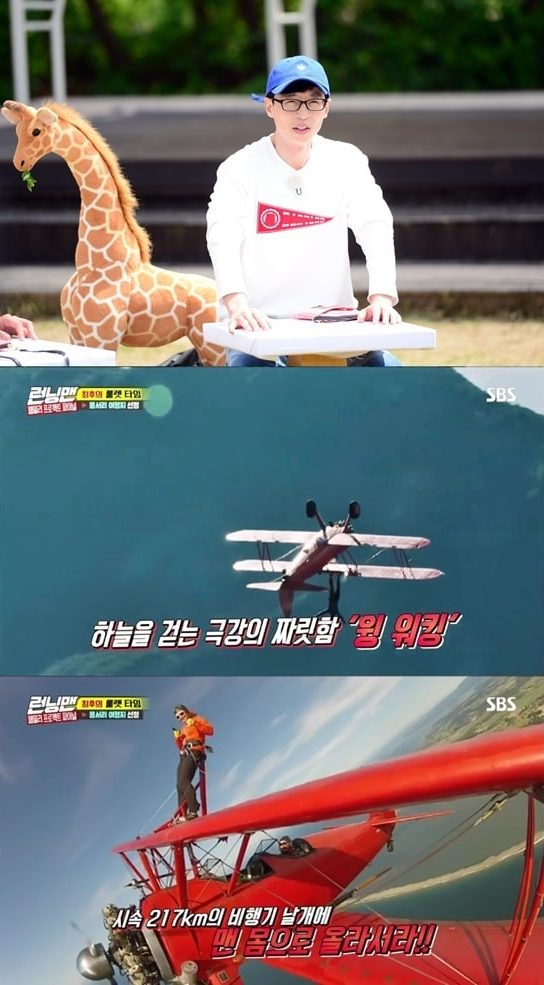 They became scared after realizing that not much time was left before they had to go “Wing Walking.” When they saw that people over 80 kilograms (approximately 176 pounds) could not go on the plane, the members made others laugh by saying that they’ll put on weight.

Other members including Kim Jong Kook, HaHa, Song Ji Hyo, Yang Se Chan, Hong Jin Young, and Kang Han Na will go on a “Luxury Package” to Switzerland to ski in the Alps.

Catch this episode of “Running Man” when it airs on June 3 at 4:50 p.m. KST. In the meantime, watch the latest episode below!