Park Shin Hye and So Ji Sub completed their final missions on tvN’s “Little House in the Forest.”

The June 1 episode showed Park Shin Hye and So Ji Sub’s last day in the forest. The ninth mission was to experience “real” happiness in nature, ask themselves if they were truly happy, and create their own artwork.

Park Shin Hye cut similar-sized tree branches and connected them together with string. She said, “I’m making something meaningful. It’s my hope that even if the house disappears, this will stay,” and revealed she was making a birdhouse.

She explained, “When I woke up, the first thing I heard was the sounds of birds. The house I’m staying in will be gone, but I hope the birds that were with me will rest comfortably and this will be their resting place.”

So Ji Sub previously painted a smiley face on one side of the firewood. He said, “The title is smile. I wanted to name it smile. When you hear that word, doesn’t it make you happy? So I thought that it’d be nice to call it that. Instead of satisfaction, it’s fun. Instead of giving it big meaning, it’s just for a moment, so I think it’ll be fun if you’re dumbfounded by the title.” 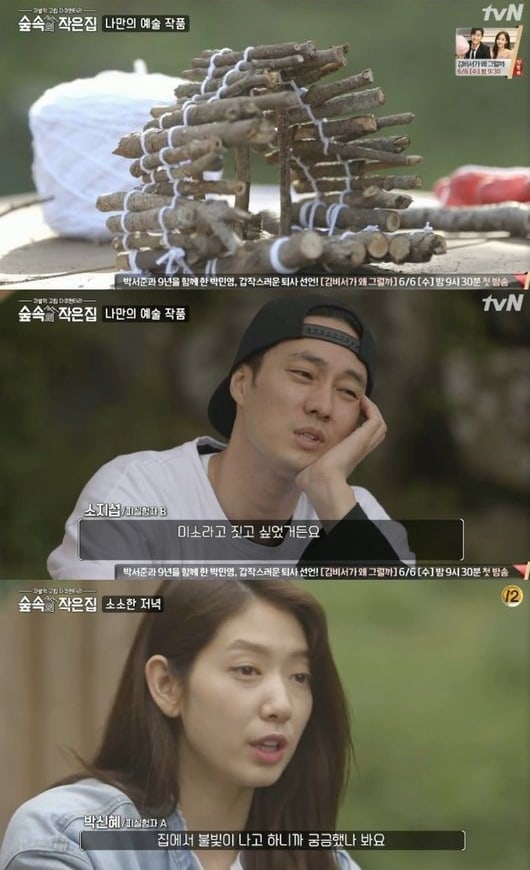 So Ji Sub set his alarm and went to bed early. On the next day, he woke up at 3:50 a.m. to a rainy morning. He climbed up Mount Gogeun, walked past the forest, and reached the peak. He waited for the sunrise, but it only started to rain harder.

Although the mission for the 13th day of the experiment was to see the sunrise, but the weather did not allow this to happen. So Ji Sub said, “I couldn’t see the sun, but I’ll make a sunrise in my mind and make a wish before heading down. I wished to safely finish filming. I wished that the people I love and like will be healthy and happy, and that they can continue to love.”

Park Shin Hye also received the same mission and asked her to explore the happiness that awaited her at the top of the mountain. After a difficult hike up the mountain, she was in awe of the scene of Mount Halla. She worried if she would be able to see the sun amongst the clouds, but the sky slowly turned red.

She took a photo commemorating the event and said, “I couldn’t see the sun because of the clouds, but I could see the cool clouds and the airplane that flew between them.” Just then, the sun shone through the clouds. She said, “I was happier that the sun came out after I gave up and thought that I wouldn’t be able to see it. I thought about that the saying, ‘The sun rises tomorrow’ and how another moment of opportunity can come to me.” 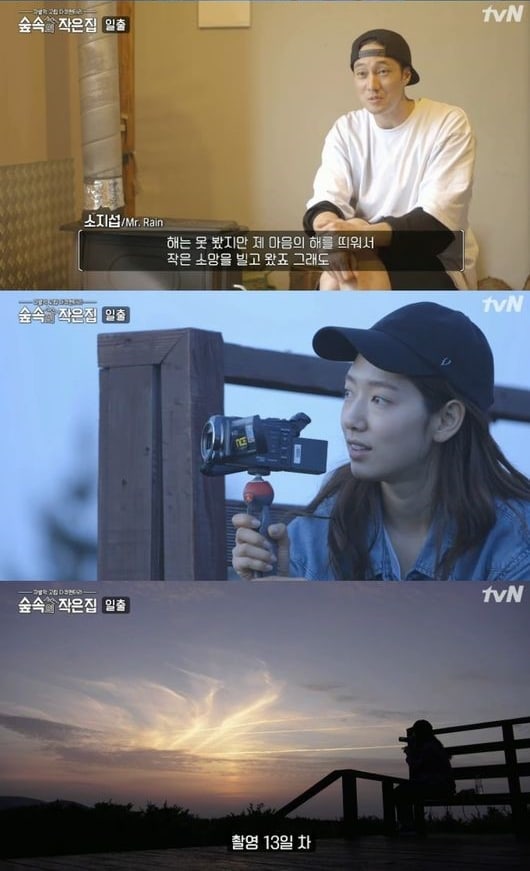 So Ji Sub then received the card, “On the last day, were you happy in the small house in the forest?” He reminisced about many of his memories in the forest.

He chose the places where he spent most of his time such as in front of the fireplace, solar-powered monitor, blankets, landscape outside of his window, gas burner and tableware, self-generated radio, firewood, and other traces of his hobbies.

Park Shin Hye received her final mission after waking up from a nap. She began taking photos of the inside of the house as well as the nature surrounding the home. After arranging the photos in order, she said, “Happiness that I felt in the forest.”

She reminisced about her first meal and happy memories from the first day of filming. She also thought back to “her first DIY” and the things she made herself. The actress said, “Firewood in the forest is valuable. You have to be careful of back pain. I think I’ll remember this on a cold day.”

She added, “Drawings that I drew as much as I wanted, the small birdhouse in the forest, and I can see our house behind that. I felt like I was only receiving so much from the forest and wanted to leave a gift. It’s awkward, but I’ll leave my trace.”

She concluded, “Thank you little house in the forest. Thanks to the house, I was so happy. It was the biggest happiness.” 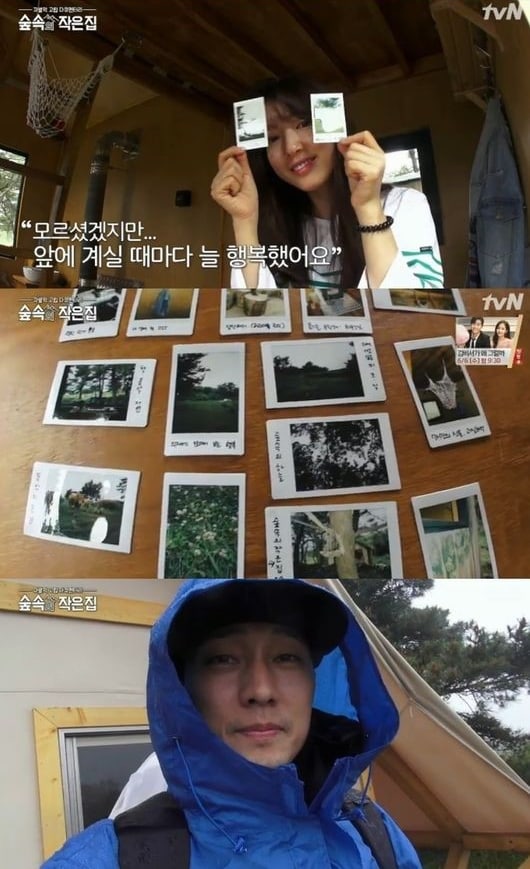