The cast of KBS’s newest variety show “Where is That??” (literal title) explored the desert.

“Where is That??” is an expedition variety show where celebrities experience the unpredictability and greatness of nature.

The show is the creation of producing director (PD) Yoo Ho Jin of “2 Nights & 1 Day.” He left “2 Days & 1 Night” in 2016 and transferred to KBS’s subsidiary Monster Union. This is his first variety show after two years and after his transfer.

The four members headed to the Arabian Desert in Oman for their first expedition in and got together nine days before their trip.

Speaking to Ji Jin Hee, Cha Tae Hyun said, “I was surprised when I heard that you’re coming on the show. I asked several times.” This is Ji Jin Hee’s first time being a fixed member on a variety show.

Ji Jin Hee said that he volunteered for the expedition then added, “Going into my 40s, I really wanted to try something new.” Cha Tae Hyun commented, “We entered his dream.”

The PD announced that it was a classic expedition where they will travel only by walking, and that the Arabian Desert is the second largest desert in the world, about 23 times the size of South Korea.

They were also told that just the four of them will go to the desert without an expert in order to feel the true meaning of an expedition. They’d have to walk more than 10 kilometers (approximately 6.21 miles) a day. 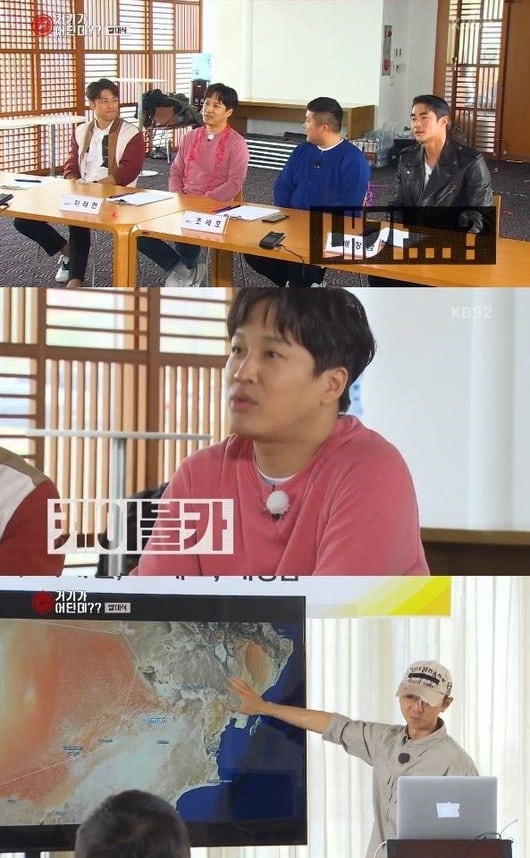 Ji Jin Hee was unanimously chosen as the team leader. Cha Tae Hyun became in charge of information, Jo Se Ho in charge of hygiene, and Bae Jung Nam in charge of food.

Despite his gentle image in dramas, he was in the special forces and his hobby is rock climbing. After they finished preparations, the members departed from Incheon International Airport and headed to Oman.

When they arrived, they received a warm welcome from locals who came to see the celebrities. They then ate hamburgers and said their goodbyes to civilization. 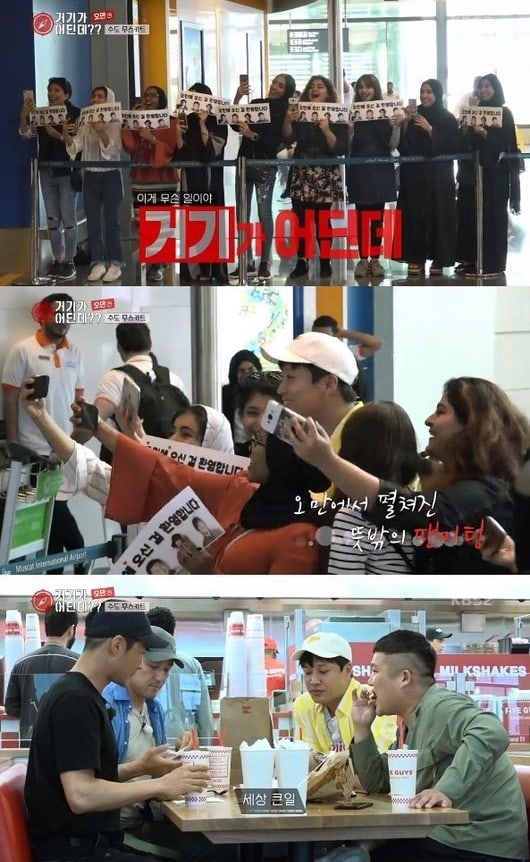 Before heading to the desert, the team stopped at a store. When they got out of the car, they felt Oman’s fierce sandy wind and sunlight, and expressed their concerns.

Ji Jin Hee said, “It’s almost 5 o’clock in the afternoon and if it’s this weather, then this is no joke. We can go 10 kilometers a day, but I think we may get psychological problems with this sunlight, sandy wind, and no shade in the desert.”

The members were already exhausted from the long time it took to just get close to the desert. Even at night, they couldn’t rest well and had to work on balancing their belongings on two camels at 50 kilograms (approximately 110.23 pounds) each.

The cast headed into the Arabian Desert on the next day and gave a preview of their long trek ahead. 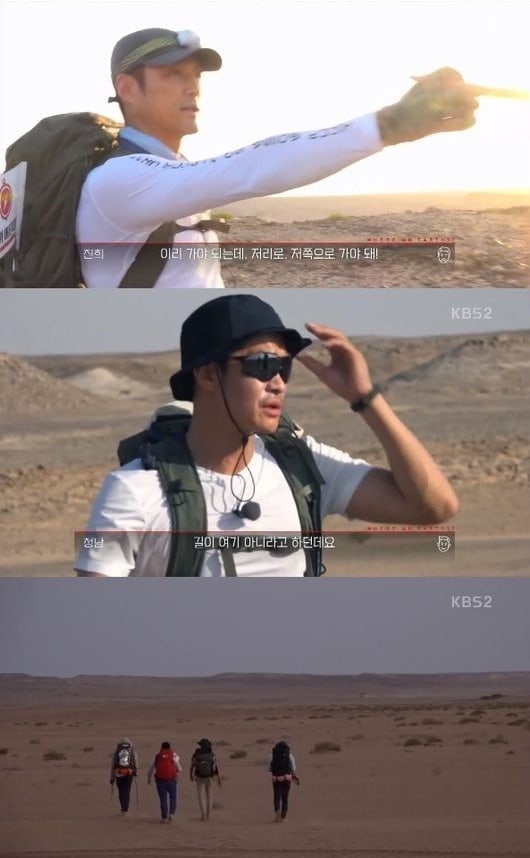 Jo Se Ho
Bae Jung Nam
Cha Tae Hyun
Ji Jin Hee
Where is That??
How does this article make you feel?