“Running Man” Cast Reacts To Yoo Jae Suk Beating Park Bo Gum And Kang Daniel For “No. 1 Star You Want As Your Teacher”

On the next episode of “Running Man,” the cast has a visceral reaction to some unexpected good news for Yoo Jae Suk!

During the upcoming episode of the SBS variety show, the production staff suddenly interrupts the opening to inform the cast that Yoo Jae Suk has just placed first in an online survey. The staff reveals that in honor of Korea’s upcoming Teachers’ Day, an online academy conducted a poll asking participants to choose the celebrity that they most wanted to have as the teacher of their class. Yoo Jae Suk topped the rankings at first place, followed by actor Park Bo Gum at second and Wanna One’s Kang Daniel at third.

Unable to hide their horror, the other “Running Man” cast members fervently disagree with the results. “I would really hate to have Yoo Jae Suk as my teacher,” they exclaim. “He nags too much.”

Yoo Jae Suk confidently replies, “I bet you’d hate having Kim Jong Kook as a teacher way more than having me. If Kim Jong Kook were your teacher, you’d be too scared to go to school.” 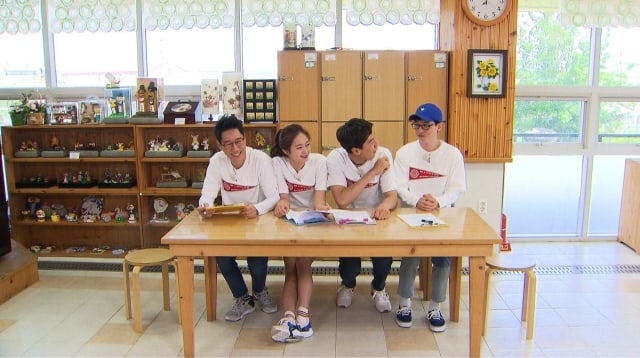